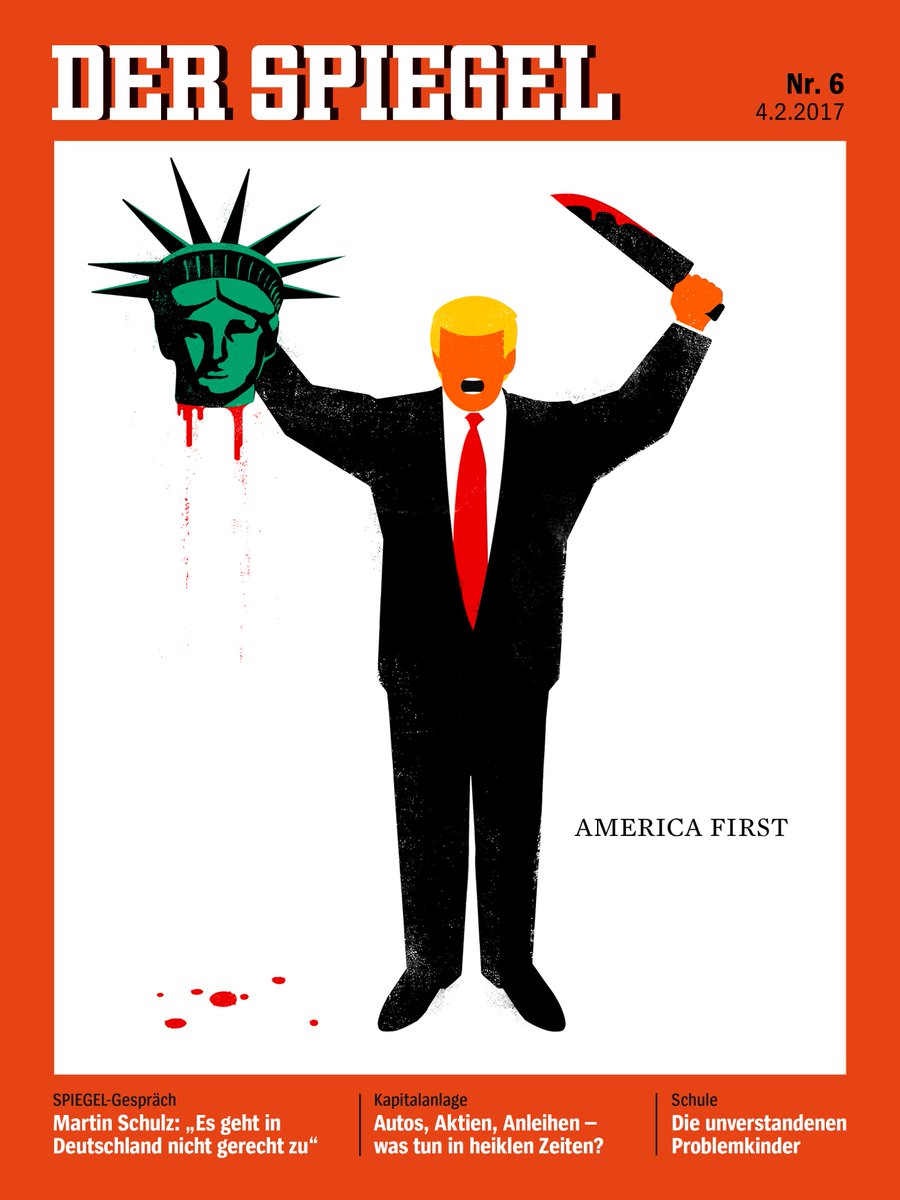 This is this week’s cover of German weekly Der Spiegel. In the cartoon, by Edel Rodriquez, Donald Trump has beheaded the Statue of Liberty. 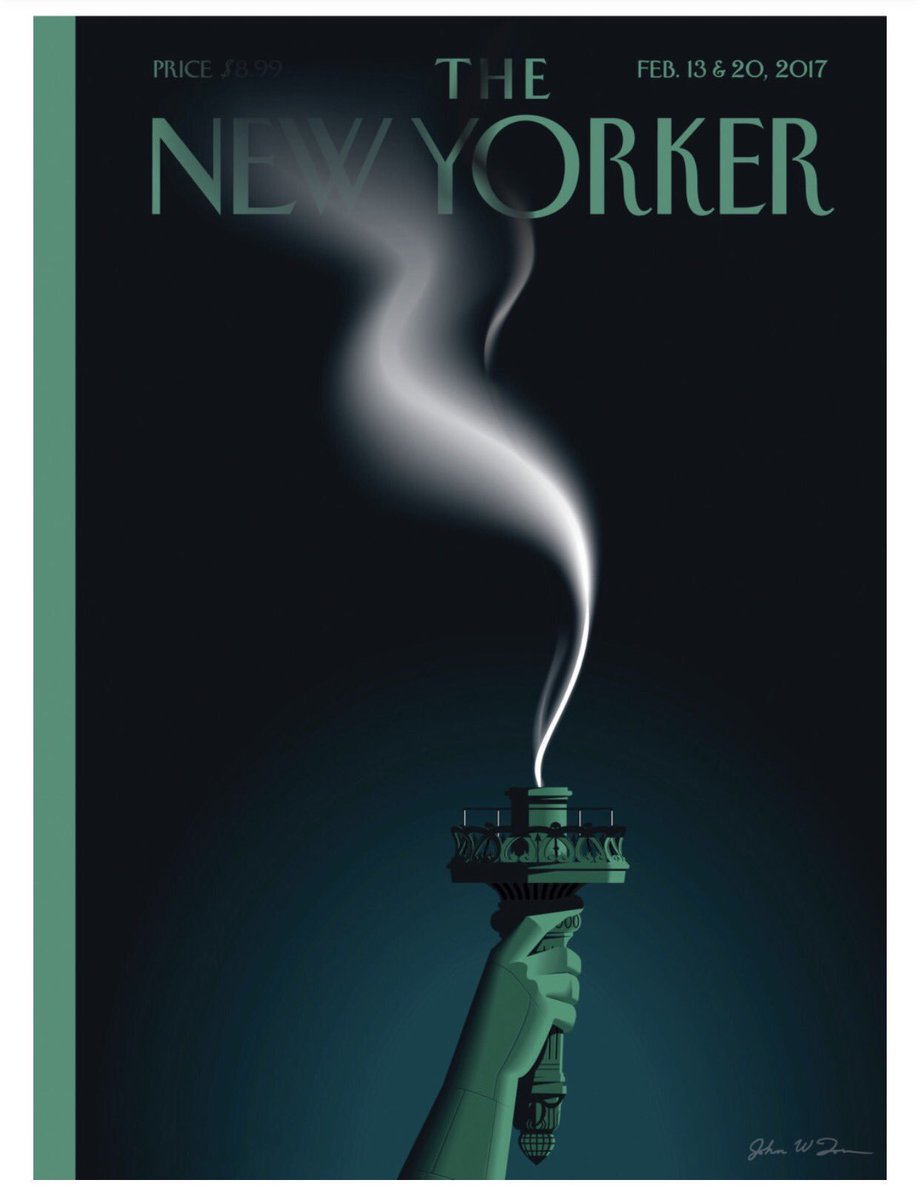 In this New Yorker cover cartoon, by John W. Tomac, Donald Trump has extinguished the light of the Statue of Liberty. The title is Liberty’s Flameout.