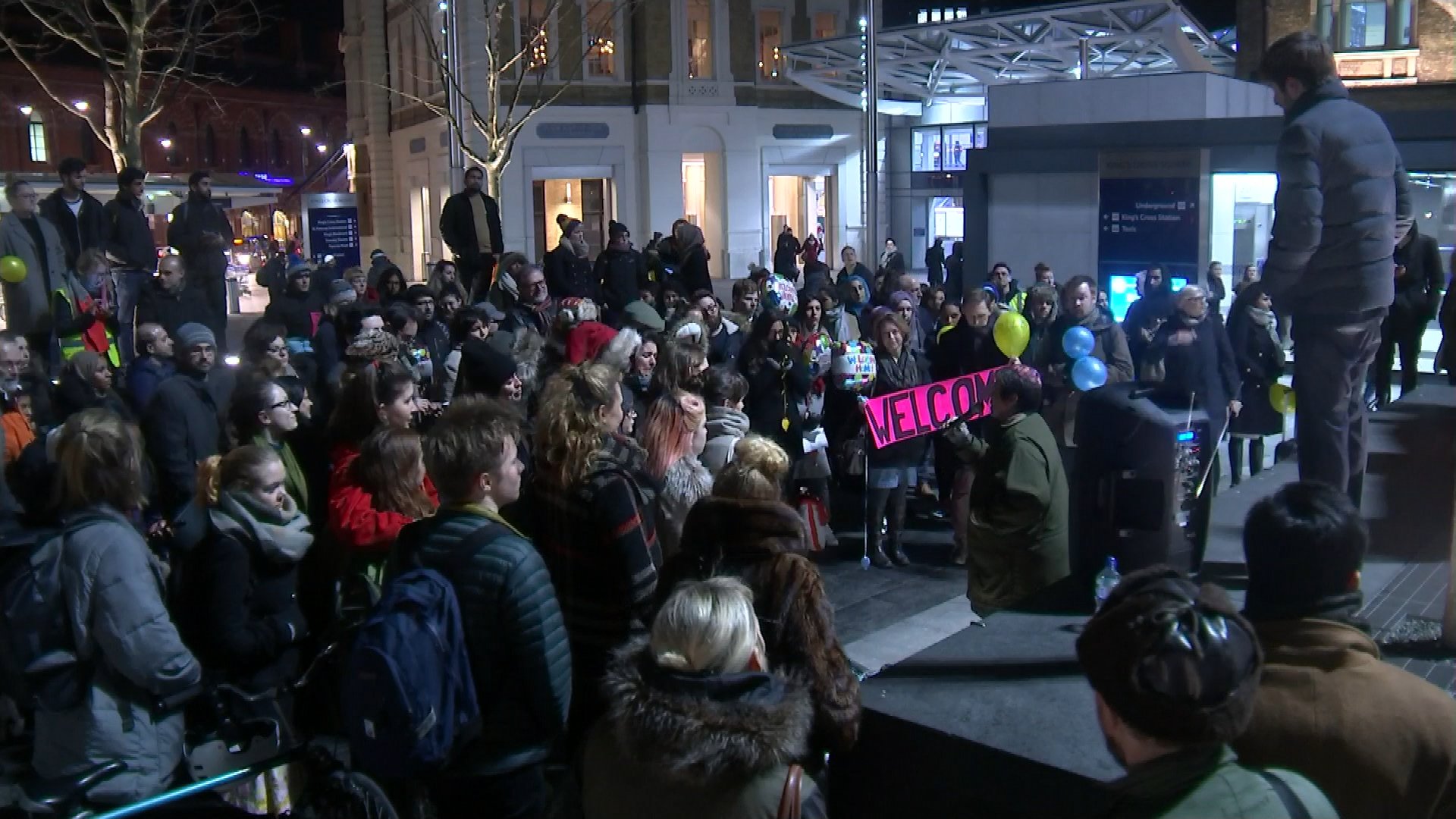 From ITV in Britain:

This is the moment four young Syrian men whooped and hugged each other in celebration after a new ruling granted them permission to travel from Calais to the UK to join family members already living here.

ITV News was there in Calais as the men, three of which are teenagers and the fourth a dependent adult, were told the news that British immigration judges had ruled they should be allowed to join their siblings in the UK.

The men, who have not been identified, first sought asylum in France but have been allowed to travel to the UK after their lawyers successfully argued the case for them to join their relatives.

Under EU asylum rules refugees are obliged to seek asylum in the first country in which they arrive.

Clearly delighted at being told they could come to UK and leave behind the so-called “Calais jungle” migrant camp behind the men said they were happy to be leaving the “dreadful” conditions they had been living in.

ITV News Security Editor Rohit Kachroo spoke to them after they heard the news.

Following the ruling that the men can join family members in Britain it is expected there could be as many as 200 more refugees and migrants in Calais who will now want to apply for asylum in the UK on similar grounds.K