This video is called Goldcrest foraging for insects.

On our way to the botanical garden on 8 November 2015, there was a female goldcrest in a coniferous tree.

Along a canal, domestic pigeons looking for food.

In the botanical garden, a large earth bumblebee visiting a flower.

Inside a hothouse, a giant prickly stick insect at its usual place.

In its botanical garden hothouse, a rare sight: a Victoria amazonica flower. It attracted one of the butterflies living there. A Julia heliconian butterfly, I think. 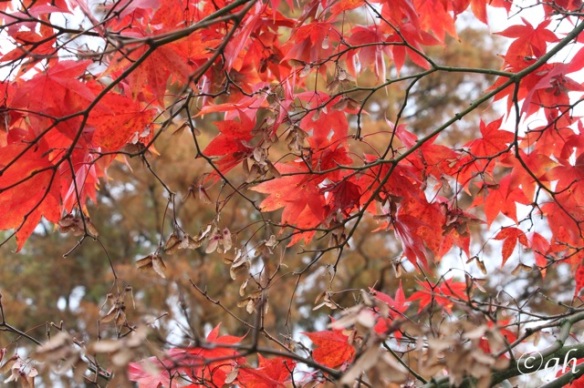 Outside the hothouse, in the Japanese garden, a downy Japanese maple, with its beautiful red autumn leaves. 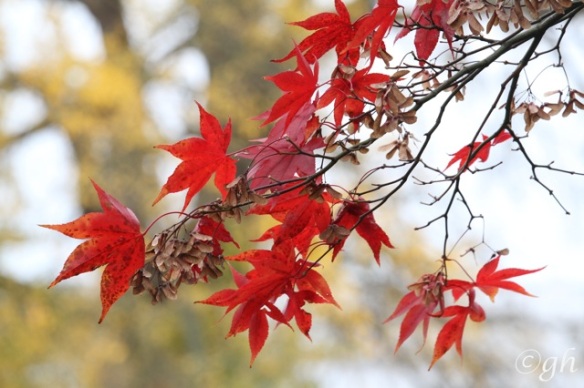 On this photo, a much bigger tree in the background: a Ginkgo biloba.

A smaller ginkgo grows along the canal. Many of its yellow autumn leaves had already fallen.

A herring gull swimming in the canal. Then, it tried to catch worms in the grassy opposite bank by trampling.

A jay calls. So does a ring-necked parakeet.

Then, near the old astronomical observatory, another Japanese maple: a smooth Japanese maple, with smaller leaves than its downy relative.

Near the fern garden, many autumn leaves of various species on the ground.

The weeping beech, growing ever since 1840 in the garden, had also already lost many of its leaves, though it still had some. 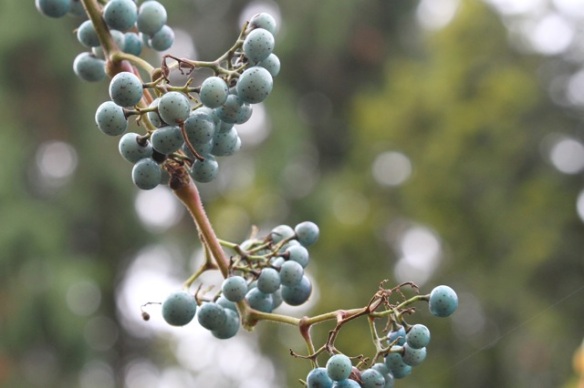 Near the rose garden, these blue berries.

As we left the garden, two coots swam in the canal.