Still 2 November 2014. After the Alpine accentor, still in Riglos village in Aragon, Spain.

The house sparrows were still there.

At 16:43, we were near a reservoir. The water level was much lower than we expected.

At 5pm, about a hundred cranes flying overhead. We could hear the trumpet-like sounds of the adults; and the higher pitched voices of this year’s chicks, flying along on their first migration ever. 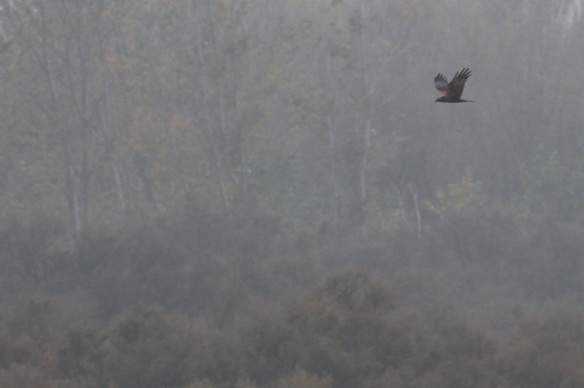 The reedbeds along the reservoir also attracted another migratory bird species: marsh harriers, preparing to spend the night there as the evening approached. 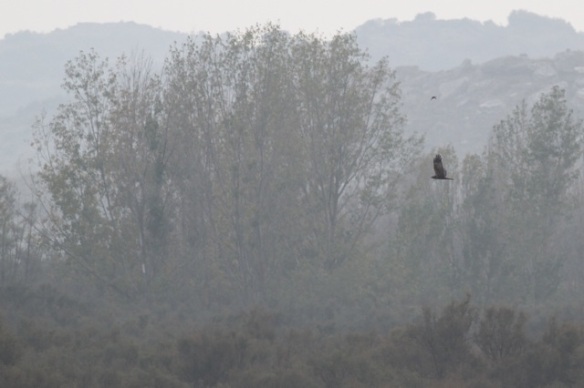 12 thoughts on “Migrating cranes and marsh harriers in Spain”