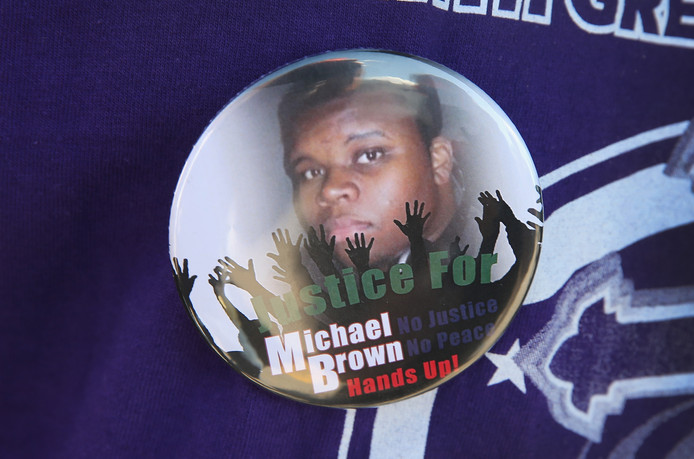 Ferguson police are the problem

By Wouter Zwart, correspondent in Washington

Indignation in the USA about police actions in the Ferguson suburb of St-Louis is growing. On Wednesday armed policemen, backed up by armoured vehicles, confronted the protesters. The units looked like they were United States army units, in gear that we know from Iraq and Afghanistan. They fired tear gas and rubber bullets and arrested at least sixteen people, including two journalists.

President Obama condemned the arrests and called in a speech for calm. Missouri Senator Claire McCaskill went a step further and called the police action in Ferguson “the problem rather than the solution.” “The people in my state have the right to demonstrate peacefully and the police must respect and protect that right,” said McCaskill.

The unrest began Saturday after police shot the 18-year-old Michael Brown. Brown walked down the street and was unarmed. According to the police, he behaved aggressively and created a dangerous situation. According to bystanders, the police opened fire just for no reason.

The incident brought the already existing tensions between the people and the police to a boiling point. The district where Michael Brown was shot is predominantly black, while the police force is almost entirely white. For years people have been complaining about racial profiling; black residents are stopped sooner as potential criminals on the streets, they are arrested sooner and are getting harsher sentences than white people for the same offenses.

Missouri Governor Jay Nixon has intervened to take control of the official response to mounting protests over the police murder of an unarmed 18-year-old black youth in the St. Louis suburb of Ferguson, ordering the Missouri state police to assume command of operations in the town beginning Thursday night.

Residents of Ferguson, St. Louis and other cities and towns across the US took to the street again early Thursday evening to voice their opposition to the unprovoked shooting of Michael Brown and demand his police killer be identified, fired and prosecuted.

Initial reports suggested that police were taking a lower profile, as instructed by Nixon, with military-style equipment held in reserve rather than deployed in the provocative fashion seen on previous nights.

The police violence reached its peak on Wednesday night, when hundreds of heavily armed police, dressed in military camouflage and packing enough firepower to destroy the entire town of 21,000 people, attacked peaceful demonstrators, using teargas, smoke pellets and rubber bullets. At least 16 people were arrested, bringing the total to more than 50 since Michael Brown was killed August 9.

A New York candidate for governor was arrested for videotaping police: here.

Activists Explain Why The Mike Brown Shooting Is A Feminist Issue: here.