After a nine-year-old won the Dutch open red deer sound imitation championship, beating mostly much older contestants, now a still younger participant has won at imitating an even bigger and much older animal.

Translated from the Dutch site NieuwsVanHier:

Leiden – Ten finalists were Saturday at Naturalis museum, for a battle about who was best at imitating a roaring T.rex.

Between the dinosaur skeletons the five-year-old Thijmen van den Eshof with his ferocious roar became the winner of this contest.

From the hands of biologist Freek Vonk he got a PlayStation 3 and a Wonder Book: Walking With Dinosaurs‘ prize packet. 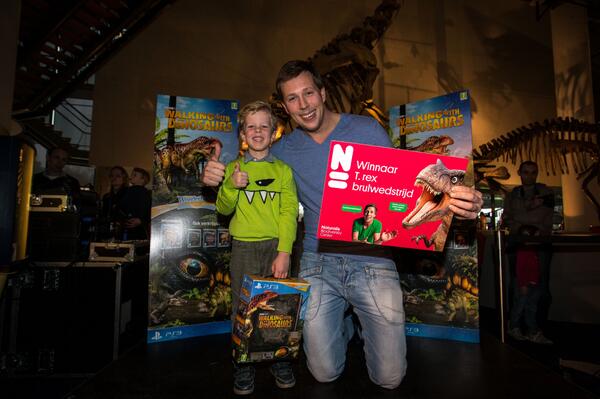 This is a promotion video for the contest.