‘No War with Iran’ protest at University of Michigan

The International Youth and Students for Social Equality (IYSSE) held a series of meetings across the United States on the threat of war in the aftermath of the criminal assassination of Iranian General Qassem Suleimani. The meetings garnered significant attention and many youth demonstrated a genuine concern over the consequences of further escalation of conflict in the Middle East.

There is widespread opposition to war among youth, whose entire lives have been overshadowed by consecutive imperialist wars. This generation, which is the first generation set to be worse off than their parents, is intimately familiar with the fiscal and human costs of war. The multitude of US interventions in the Middle East and North Africa, dating back to 2001, have cost over $6 trillion and created the greatest humanitarian crisis since World War II.

In the United States, the social consequences of endless violence abroad are acutely felt by workers and youth. Exorbitant sums are secured to fund the US war machine, as workers and students struggle to make basic ends meet and are told that there is no money for healthcare, education and other social programs. Students increasingly struggle with food insecurity and homelessness, and incidents of gun violence and police brutality occur with an unnerving regularity.

IYSSE members asked youth who attended meetings about their opposition to war, inequality, and the role of the Democratic Party … . Many of the responses are impassioned and reflect a deep hostility to war and the capitalist system. 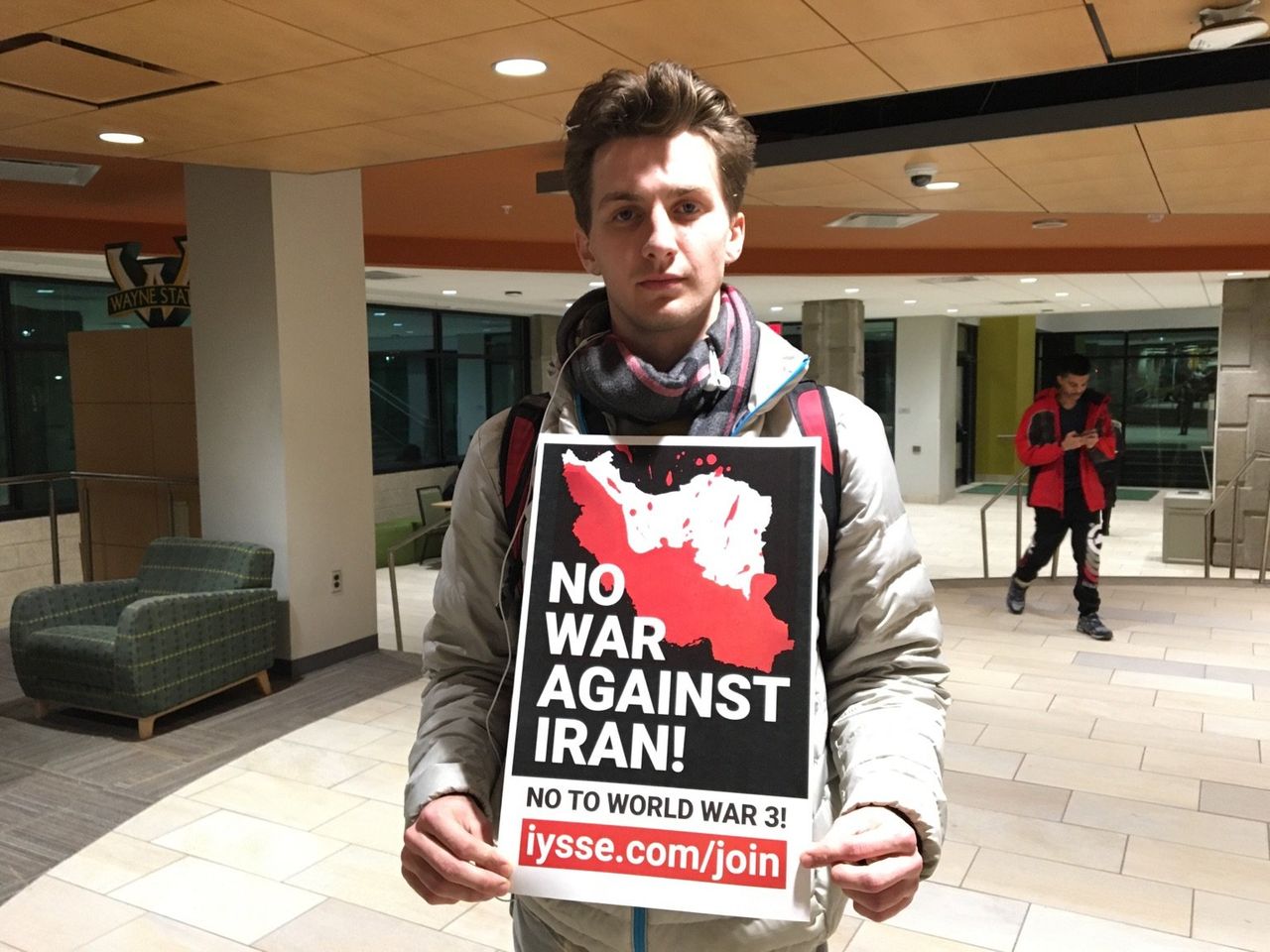 Steven, a student at Wayne State University (WSU) in Detroit, said, “I’m opposed to war with Iran because it’s going to create an economic downslide. It will be the working class who are forced to fight the war. I think young people should get involved and fight for socialism because these are the issues that address how we live as human beings. To ignore them is to ignore the future of our world and our country.”

Jack, another WSU student, told IYSSE members, “I’ve grown up with multiple wars throughout my lifetime and now to see my classmates from high school in Iraq. For 18 years of my life, I’ve watched this war and seen nothing but the profiting, extraction of resources, and the misery and desolation that’s been brought there. Why would I want to see more than that? There’s no reason for us to be anywhere else in the world—we aren’t the world police. The reality is that we’ve manufactured these imperialist wars to profit. Not for us to profit but for those above us—for the ruling class to profit. It’s being carried out for oil execs, Raytheon execs.

“You see it everywhere, every day—the promotion of war. Raytheon is now one of the sponsors of the Girl Scouts of America. This is becoming ingrained in our culture but there has to be some point that we say this is enough. And if we’re not going to say no now, when are we going to say it? So no, I do not think we should go to war with Iran.”

When asked about the Democratic Party, Jack responded, “Every part of the Democratic Party’s actions is just performative. The impeachment process, for example; they’ll vote to impeach [Trump] but then they’ll immediately pass his border funding, and they’ll willingly pass increased military spending. So, you’re telling me we can outspend the next eight countries combined for military spending, year after year after year, and continue to increase that spending and yet somehow there’s still people who are homeless? … And there’s no money, somehow, to pay for their schooling. But we can drone strike leaders of sovereign nations? It doesn’t make sense to me at all. 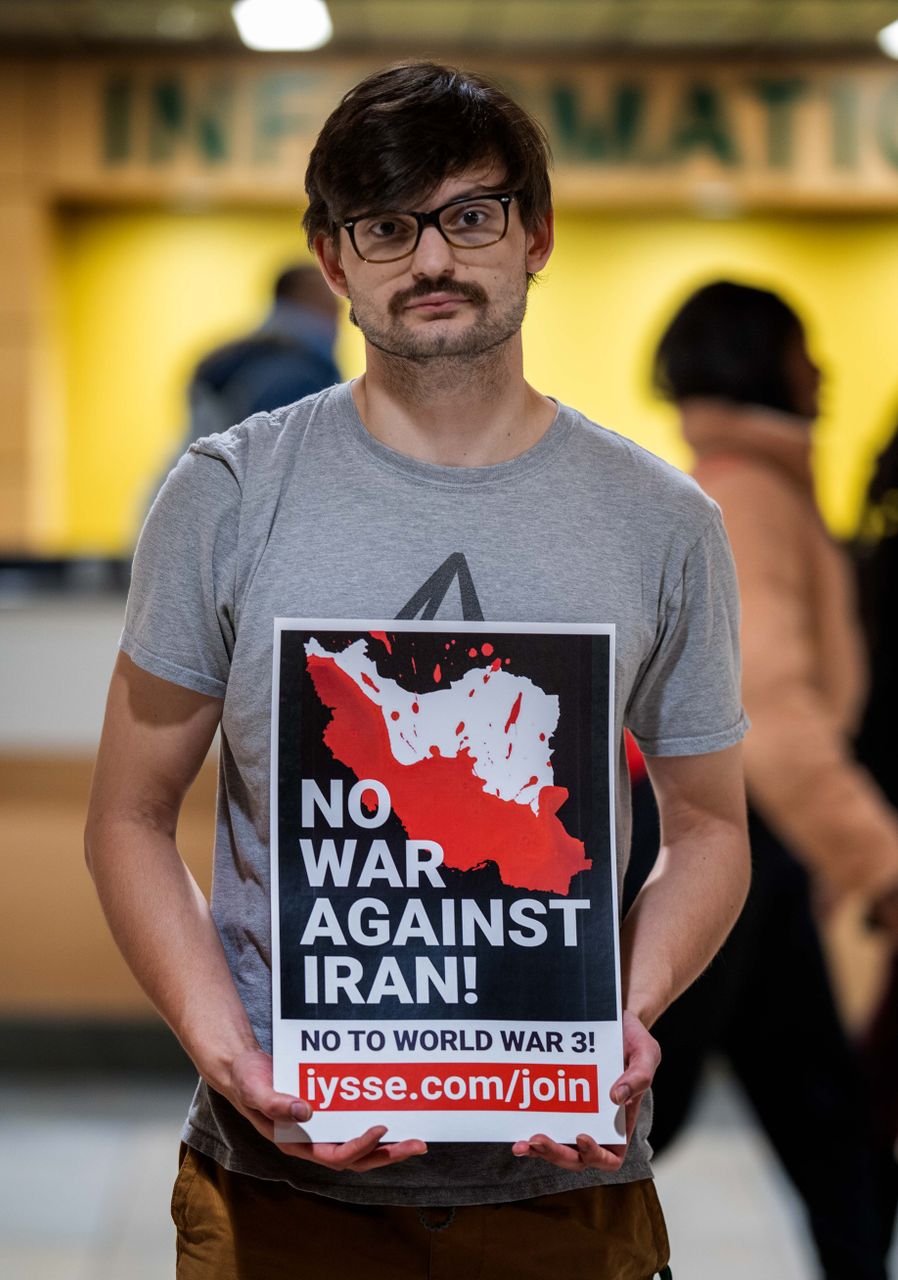 “Literally every day Trump is in office he’s committing crimes. He’s committing crimes publicly! He laughs about them, and we can’t go after any of those? We have to focus it on Ukraine? They want to make it look like they’re doing something against Trump, but it’s all performative. The Democratic Party isn’t really an opposition party, it’s not meant to enact change. It hasn’t enacted change in over 50 years, it literally just exists to maintain the status quo.”

He continued, “We’re forced into these arbitrary choices between the two parties. One side’s pretty bad and the other side is a little less bad, so I guess I’m supposed to go with the side that’s a little less bad? Year after year after year. There has to be some kind of change, some kind of stop to this cycle. There is no opposition party. Effectively, the Democrats don’t oppose anything.”

Indya, a student at University of Michigan in Ann Arbor, said, “My biggest fear is a war with Iran. While Iran isn’t really much of a threat to us because of its low technological capabilities, the country is allied with many of our bigger enemies like Russia and China. Our president isn’t helping; he’s escalating the problem and fueling the fire. This could really set us up for WWIII. I know how crazy that sounds, but there’s really enough going on here that it could truly happen.

“This war is going to devastate the working class, as many more of us will be the ones who actually get sent off to fight. The ruling class, that is the top 1 percent, are the ones who will be making money off of our family members being sent to die.

“There’s so many of us who are already being pushed down by the system. Why are we having to suffer so that the ruling class enrich themselves and build new penthouses, and more private islands? They’re using my parents’ tax money to fund their wars.

“But if we all came together, we could become a truly unbeatable force.”

Discussing the threat of nuclear war, Indya said, “With nuclear war, if there’s one strike, there’s going to be more out of retaliation. And nuclear weapons have a much higher destructive capacity than they did in WWII. We’re still suffering the environmental effects from that war. It’s a really scary thought that we might not be able to repair the world from another nuclear conflict. It’ll affect generations for years to come.”

Sam, a theater student at the University of Michigan, attended the IYSSE meeting in light of his developing interest in Marxism. He told IYSSE members he wanted to hear a socialist perspective on the question of war.

Asked about endless imperialist wars, Sam responded, “I disagree with our entire history on this, and the idea that we should be in any war at all in the first place, especially done with an imperialistic motivation, for colonial reasons or imperial reasons or fascist reasons. I’ve never agreed with it, but I would like to do what I can now to stop this from continuing anywhere in the world.” … 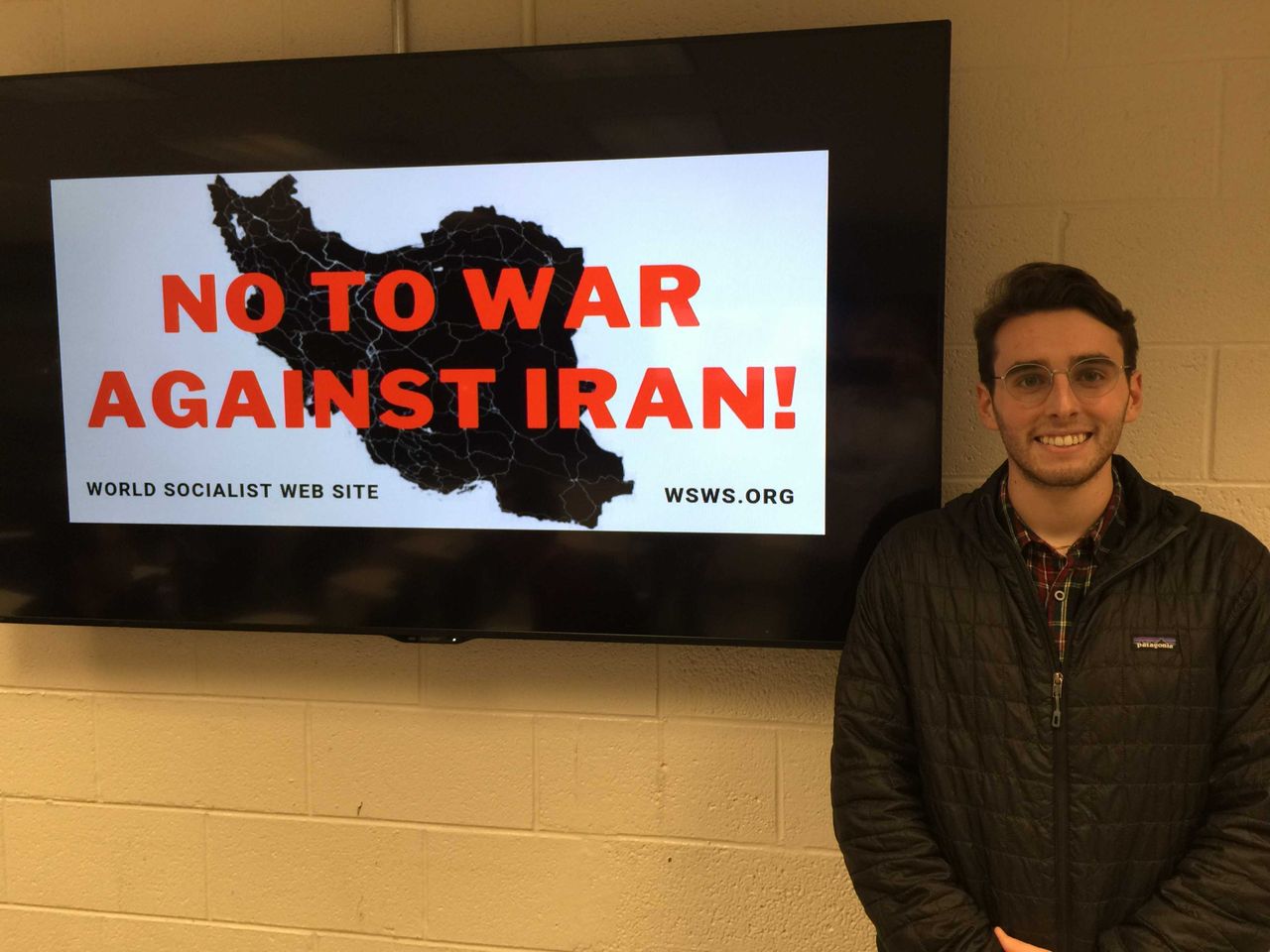 Sam stated he was glad the meeting emphasized the importance of internationalism:

“I think it’s incredibly important to organize workers on a worldwide basis so that if we do create a social revolution and create a socialist government, we can utilize those worldwide trade organizations, to operate independently with workers at the helm. And the best, or only, way to do that would be on a global scale. Internationalism is incredibly important. I was glad to hear it brought up so directly.”

Beth, a pharmaceutical worker attending an IYSSE meeting, said, “I think the attack on Iran is totally criminal. I believe in the slogan ‘law, not war’, as I’ve been reading recently about Ben Ferencz, the American lawyer who fought in World War II and who eventually prosecuted in the subsequent Nuremberg trials. He believed that there should be a universal law that applies to everyone, across international boundaries. Trump is guilty of war crimes and could totally be prosecuted if we were using the same standards.

“We know who war benefits. It benefits the rich, and it’s always the poor and the working class who suffer the consequences. My father fought in World War II and the Korean War and it totally destroyed him. He suffered with alcoholism my entire life, and his experiences haunted him.”