The Photographer of Mauthausen, Netflix Review

I hope you enjoy my review of the fantastic Photographer of Mauthausen. It’s a true story.

The Photographer of Mauthausen, available at Netflix, is a Spanish film by Mar Targarona, an actor-producer turned director. It is based on the story of Francesc Boix (played by Mario Casas), a left-wing Catalan militant held at the notorious Mauthausen concentration camp in Austria. Mauthausen and its subcamps formed one of the largest slave-labor complexes in German-controlled Europe. Home to “incorrigible” political prisoners and others, hundreds of thousands died there.

Many left-wing Spaniards who fled to France following the victory of fascist forces in the civil war (1936-39) were captured by German forces after the fall of France in 1940 or handed over by the Vichy authorities.

Or handed over by Hitler’s Gestapo to the Franco dictatorship in Spain, to be killed.

Boix (born 1920), who had joined the French Army, fell into German hands and was sent to Mauthausen in 1941, where he remained until its liberation in May 1945. Because of his reputation as an amateur photographer, he became an assistant in the laboratory to SS officer Paul Ricken (Richard Van Weyden). The Nazis were fastidious in their photographic documentation of day-to-day life in these camps, including important visits by such officials as Heinrich Himmler and Albert Speer.

In the course of his internment, according to The Photographer of Mauthausen, Boix was able to hide and smuggle out over 2,000 negatives documenting the systematic terror and crimes committed by the Nazi SS. These photos played a crucial role in prosecuting certain high-ranking officers at the Nuremberg trials.

Director Targarona’s motivation for making the film stemmed from her interest in the period “and in particular Nazism, which never ceases to astonish me.” The story of a Spanish prisoner of war seemed especially compelling. A book by Benito Bermejo, The Photographer of Horror (2002), was the basis for the film. Bermejo also collaborated closely with Targarona and her team on the writing and shooting of the film. The events depicted and the characters portrayed, as the director tells Variety, are “composites of life at Mauthausen”. We will return to this issue, which may have some importance. 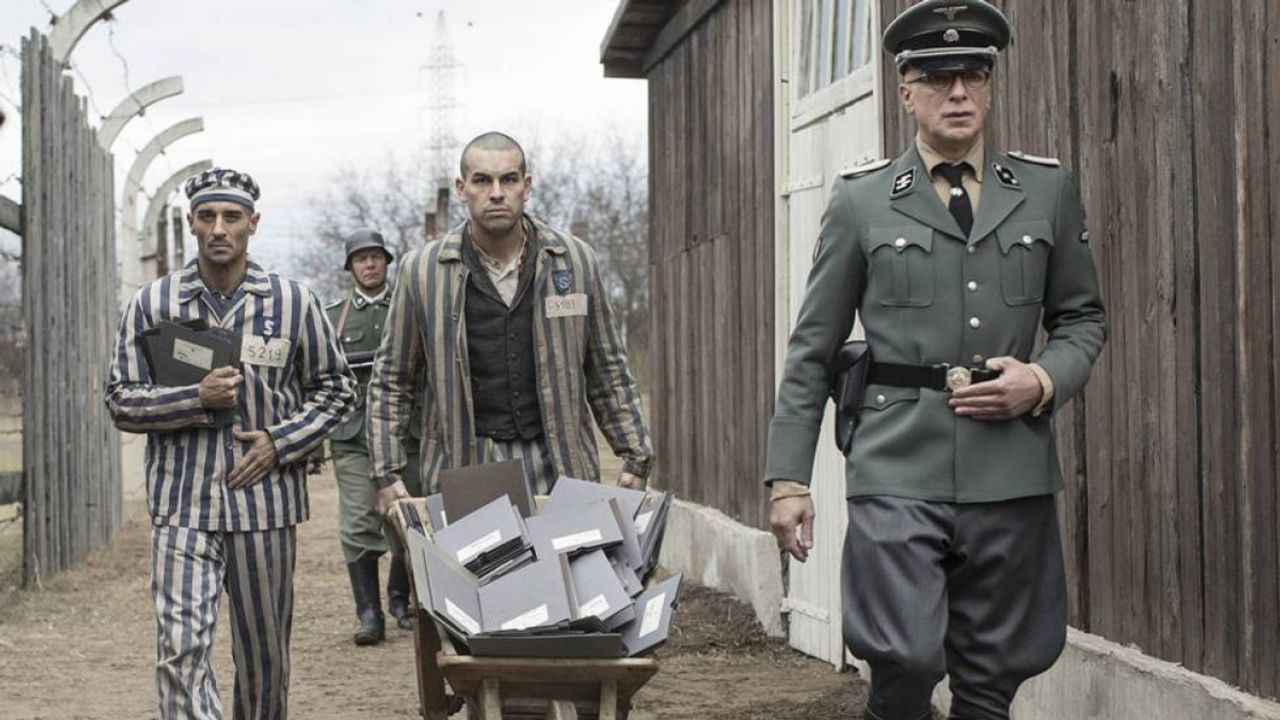 Rather than providing a broader portrait of Boix—barely 20 years old when he arrived in the camp and already a seasoned fighter in the Spanish Civil war—and his life, Targarona confines her subtle but complex narrative predominately to the young man’s experiences at Mauthausen. She relies, rightly or wrongly, on the viewer’s knowledge of the period to provide the missing context. The initial titles and sparse first-person narration by Boix and dialogue provide the historical links to the haunting images.

Intentionally, Targarona has avoided grainy, documentary-style effects and shaky images intended to provide a sense of being in the moment. According to the filmmaker, “From the start, I wanted cinematography of great quality. I can’t stand the idea that relates making a historical film and automatically adding grain and killing the color.” Certainly, her approach offers a more intimate frame of reference.

The film opens to blurred images with subdued colors that come into focus. They are men of various states of health and ages marching through the camp’s ominous gates. The kapos take charge. The prisoners’ possessions are confiscated, they are undressed and their heads shaved. They are marched out into the cold where they stand naked in formation.

SS officer Ricken, positions his camera and photographs them. The supreme commandant of Mauthausen, Franz Ziereis (Stefan Weinert), arrives to look over the prisoners. The old, maimed and feeble are pulled out of formation and directed to a van and driven away. A distraught boy named Anselmo (Adrià Salazar) watches his father taken, while the latter motions his son to remain still.

We are then introduced to Boix as he prepares an intake headshot photo of Anselmo wearing his new prison uniform. He consoles the young boy, assuring him his father is safe at the infirmary at the Gusen camp. When Anselmo leaves, Valbuena (played by Alain Hernández), head assistant in the photographic laboratory, chides Boix for lying to the boy.

The drama in The Photographer of Mauthausen proceeds episodically, a mosaic of events that encompass four years, without identifying a specific chronology. The repetition of narrative threads that depict the everyday struggles for survival help tie the scenes structurally, while working formally to draw the narrative forward.

The initial exchange between Boix and Ricken sets into motion the film’s development as a polemic on the nature of art and objectivity. After Boix explains to Ricken how he became a photographer, Ricken looks over his work and says, “You can make it better. You must learn to paint with light.” Boix replies, “That’s cheating.” Ricken counters that art, like the experience of reality, is purely subjective and a matter of interpretation.

We witness the cover-up of senseless killings committed by SS officers that are staged as escapes and photographed for the official records. In a gruesome scene, Boix and Ricken travel by car to the outskirts of the camp. There are several corpses lying in the snow. They were allegedly shot attempting to escape. While Boix sets up the camera lights and positions the bodies, he whispers to Fonesca (Eduard Buch), who oversees the identification services, that these men were executed. One of them is Anselmo’s father.

While working in the photo lab, Boix soon comes across a file filled with negatives. Sifting through these, he discovers they are images of piles of bodies lying upon one another. Disturbed by his findings of the Nazis’ systematic mass killings, he instinctively hides the negatives in the back of a drawer in a filing cabinet.

In the film’s transitional moment, Boix meets up with other prisoners in the back of the barracks. They are listening to a war broadcast on amateur radio. They find out that the Germans have lost the Battle of Stalingrad (early February 1943). Though cautiously elated by the magnitude of the news, the men also learn that Ziereis has ordered the destruction of all the negatives and prints in the photo lab. 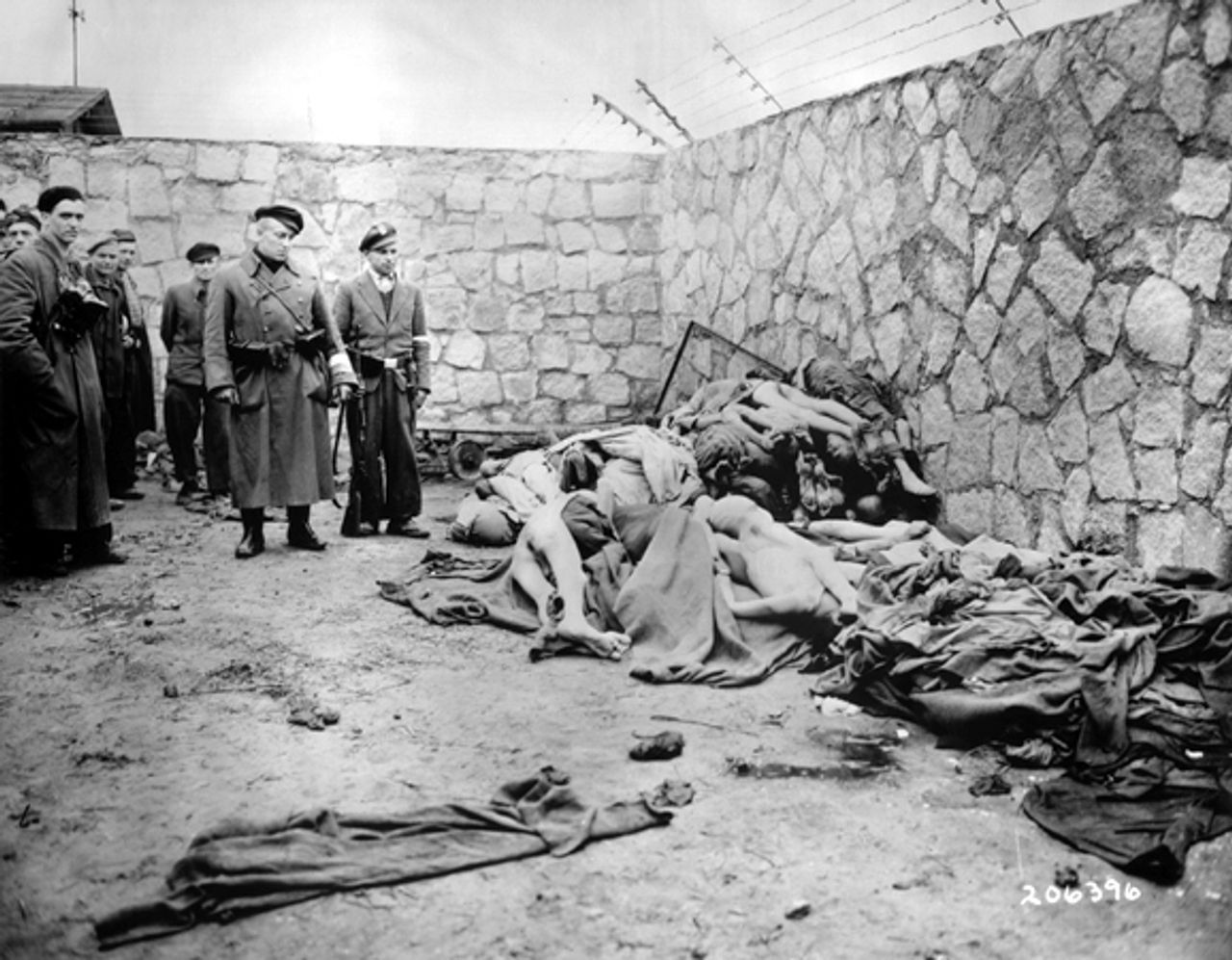 Boix convinces his comrades that they must preserve these as evidence; otherwise, no one will ever believe the horrors the Nazi have committed. The film’s tempo begins to shift creating a sense of purposeful urgency and camaraderie. There is a coordinated effort by these men working in concert to hide and smuggle out these photographs. The magnitude of this endeavor finds its succinct expression near the film’s conclusion.

The prisoners are turned out of the barracks and lined up. Ziereis, blaring into a microphone, berates and threatens them about any future escape attempts. Parodying an earlier moment when the Spanish prisoners staged a variety show to divert the guards’ attention during an escape, the prisoners are forced to watch a procession of musicians lead their comrade, who has been visibly tortured, toward makeshift gallows.

Ricken stands ready with his camera to capture the moment. A noose is placed around the prisoner’s neck, and the stool he is standing on is kicked out from him. As he begins to swing, the rope breaks and he falls to the ground gasping. Ziereis, visibly irritated, has the band resume playing. The kapos help the prisoner up, place a sturdier noose around his neck and this time the work is done. Then, in a touching moment, using deep focus, the camera pans over the shoulder of the swaying man at the faces of each prisoner as he files by looking on with anguish and pain. The scene assumes a poignantly documentary reality.

The Photographer of Mauthausen treats the liberation of the camp and the fate of Ricken, Boix and the hidden photographs. The film’s credits proceed to show the actual prints of scenes re-enacted in the film. The final segment shows us the real Francesc Boix being asked to identify one of the Nazi war criminals at the Nuremberg trials.

Targarona’s film is a cohesively artistic work emphasizing the importance of preserving historical truth. These factors should be strongly applauded and encouraged. However, various elements remain underdeveloped. The reference to the Communists in the film as sympathetic protagonists is to be acknowledged, but there is little to enlighten viewers about the nature of the various political relationships under such complex and physically unbearable conditions. The mix of left-wing elements included anarchist and bourgeois Republicans who had significant political differences.

There is also little in The Photographer of Mauthausen to explain the Nazis’ inhumanity. It is easy to be horrified but more difficult to understand the source of such cruelty. The only reference to the socioeconomic underpinnings of fascism has to be extrapolated from a violent episode in which the SS officers and their families gather for a gala at a chateau belonging to Poschacher (Rainer Reiners), a man who owns a nearby quarry and uses slave laborers from Mauthausen.

5 thoughts on “The Photographer of Mauthausen, film reviews”