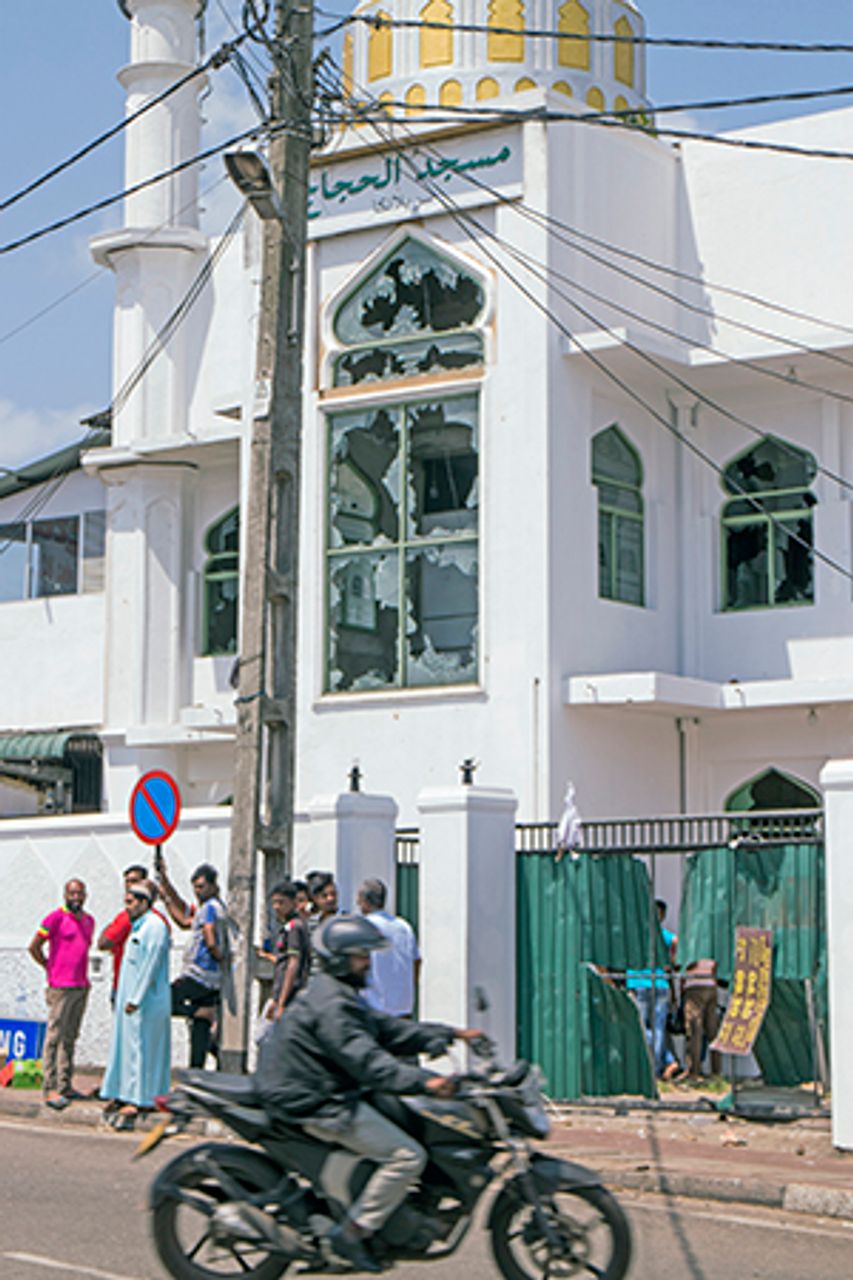 Muslim victims of violence in Sri Lanka speak to the WSWS

On Wednesday, WSWS reporters visiting Minuwangoda, a bustling town in the Gampaha district of Sri Lanka, discovered a ghost town. The town, with many Muslim-owned shops, is located 50 kilometres from Colombo in the Western Province. It has been devastated by an anti-Muslim rampage by Sinhala racist thugs.

Fully armed Sri Lankan army soldiers and police special task force officers are now “protecting” this town along the Colombo highway, after a rampage carried out with the direct or indirect backing of the police and military. The attack lasted several hours on Monday evening, before and after a curfew imposed by the government. 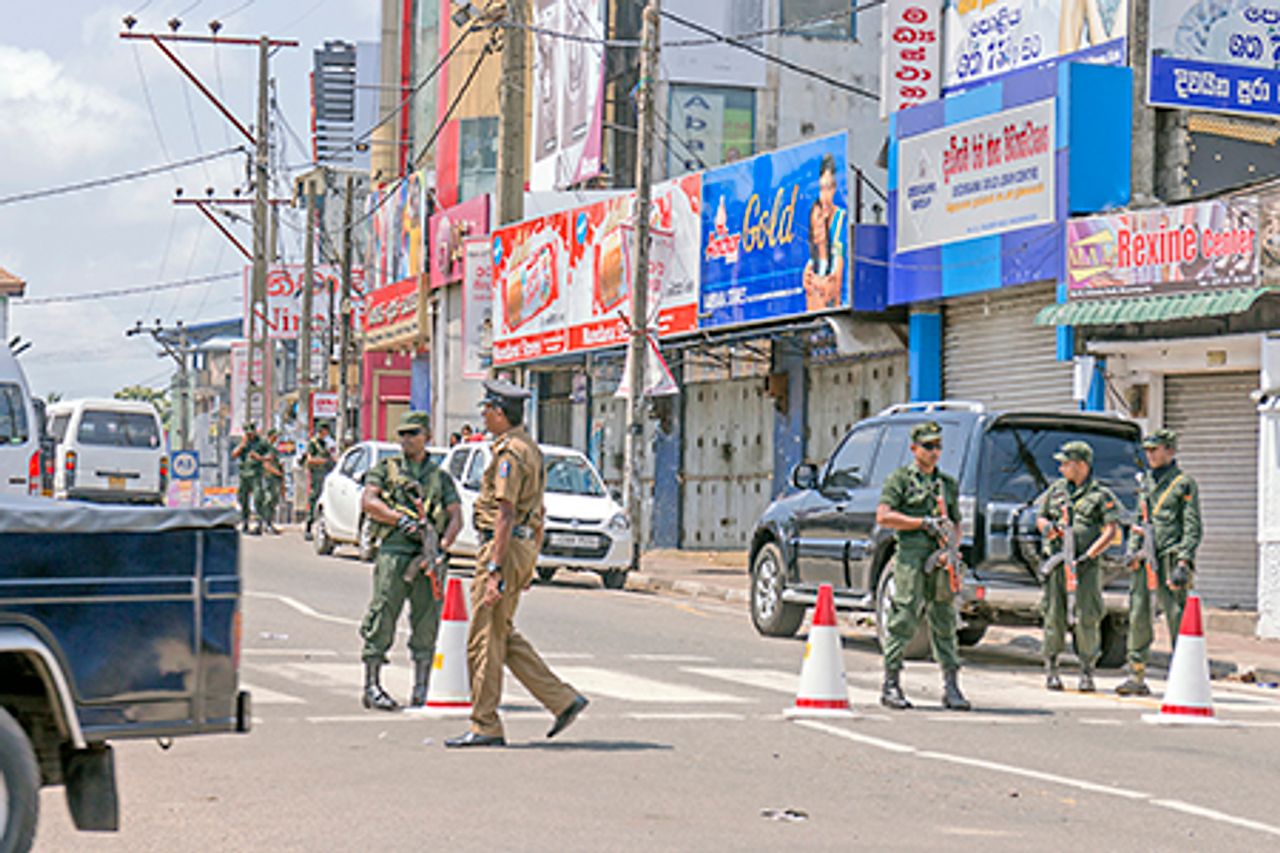 As WSWS reporters visited Minuwangoda, acting defence minister Ruwan Wijewardena toured the area with Muslim ministers, a day after Prime Minister Ranil Wickremesinghe also toured the town. Town residents spoke with contempt of their promises of “protection for the people.”

Minuwangoda town is deserted. Apart from police and soldiers, only a few shopkeepers remain. Two cafes named Halal and Faus and over 50 Muslim-owned shops selling clothes, shoes and electronics were totally destroyed, as well as the Sinhala-owned Siripathi Dress Point and Echo shops. Windows and doors at a mosque at the centre of town were broken. The “Diamond Pasta” plant, Sri Lanka’s largest pasta-producing factory employing 500 workers, was also gutted. About 30 persons in the factory during the attack jumped from the windows to save their lives.

Almost all Muslim shops were closed for Ramadan prayers when the attack took place. Goons broke the shops’ locks, looted valuables and finally burnt them down. 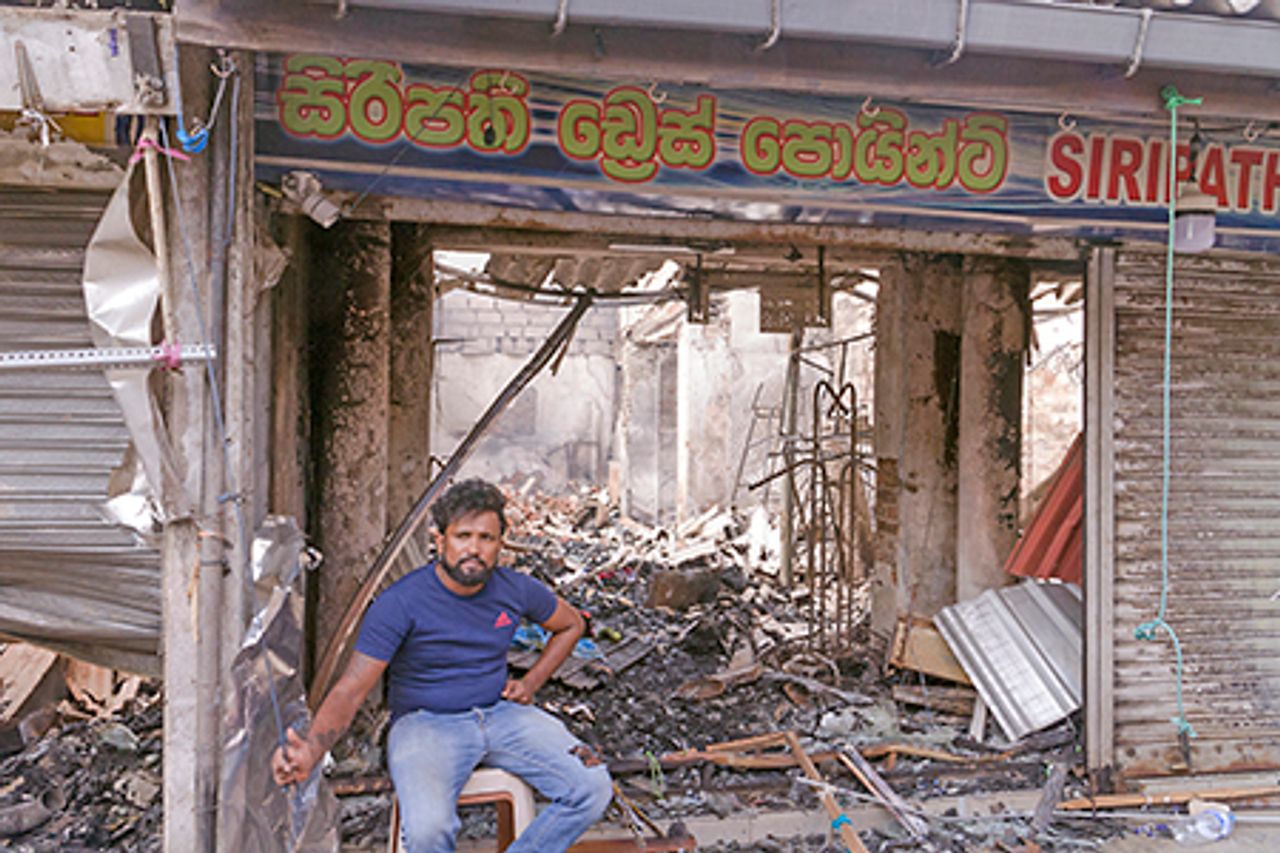 The owner of the Mohideen Shoe Palace told the WSWS, “Most of the attackers came from outside. Goods worth hundreds of thousands of rupees are now burnt to ashes. At Amra Tex, near our shop, denim trousers worth tens of millions were looted before the shop was burned.”

The owner of Jewel Moon lamented, “Most of our business is done in the festive season. Now, a huge amount of money has to be paid to wholesalers from whom we bought the goods.”

All the shop owners asked how they were to repay their bank loans after the destruction.

Muslim shopkeepers and store workers mostly live in Galoluwa, about 1 kilometre from the town. After the attack, security forces surrounded the area and intimidated people. Around the “Eksath Junction” area, 30 Muslim families’ houses were damaged by goons.

A worker said, “Soldiers came in black clothes, covering faces in black. Knocking doors with their guns, they shouted obscenities, saying ‘Thambio’ (Muslims). When we came out of houses they fired at the ground to intimidate us. All children in the village are still nervous.” 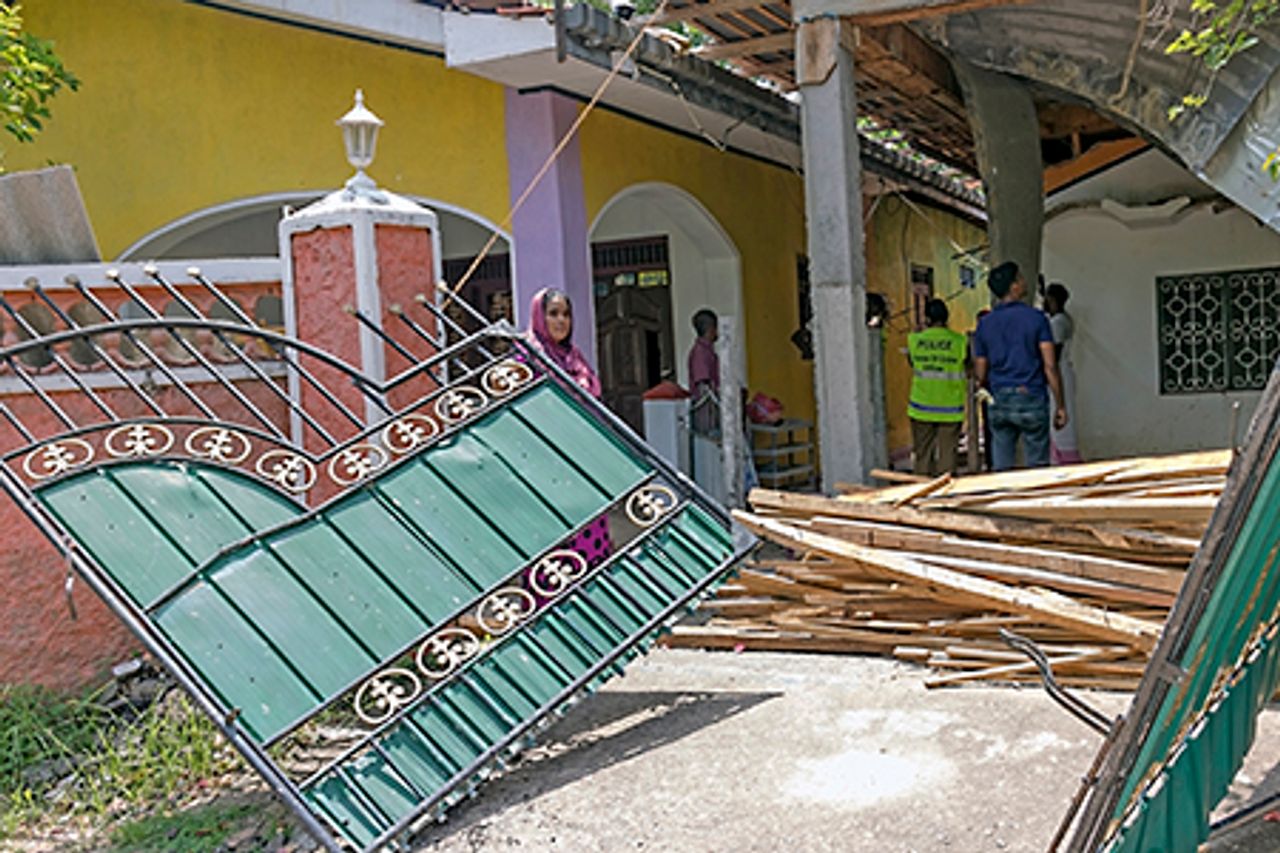 Police searched the entire Galoluwa area two weeks ago but found nothing suspicious. The worker added, “Ordinary Muslim people have no connection with any violence. The bomb attacks were carried out by those who have links to ISIS. We thoroughly condemn their attack.”

The rampage followed the April 21 terror bombing of three churches—two in Colombo and one in the outskirts—and three luxury hotels, killing over 250 and injuring 500, bombings allegedly carried out by ISIS and the National Thowheeth Jamma’ath (NTJ) Islamist group.

Sahabdeen, 65, who supports his children and grandchildren by selling cheap snacks, said his house was attacked with stones: “I have two daughters and a son. They are married. One of the married ones has a three-wheeler but does not get enough business. I bear most of the family expenses. Our house does not have even proper electricity. What is expected by attacking us?” 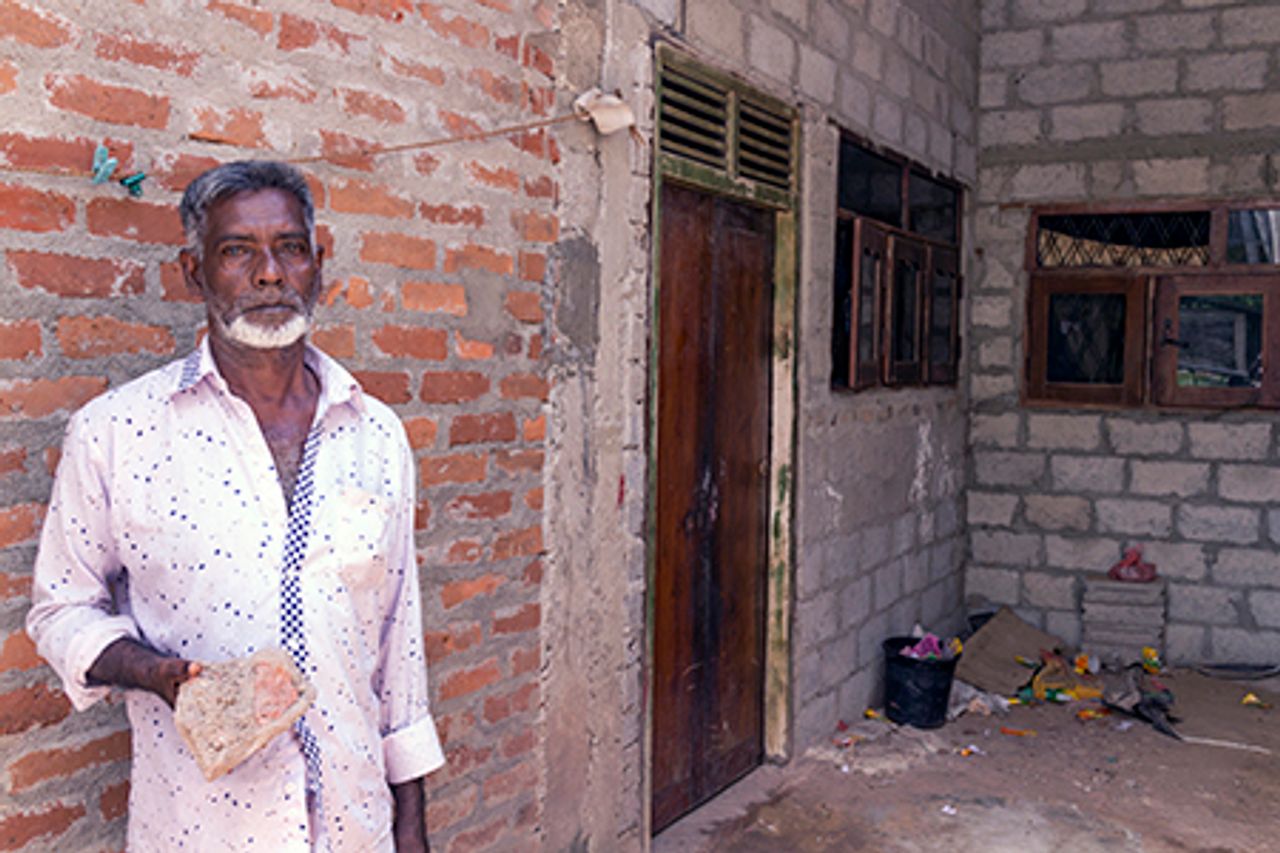 Another person said, “The Minuwangoda urban council chairman, government and opposition ministers and MPs traded blame for the attacks. But no one came when we were hit, and shops were burned.”

A group of workers explained their view of the international situation to the WSWS. One said the American imperialists build up terrorist organisations like Al Qaeda and ISIS and use them to manipulate resource-rich Middle East countries like Iraq: “America said that there were weapons of mass destruction in Iraq. These were all lies. Recently, Libya and Syria were destroyed. Millions of people have been turned into refugees. In history, there have been conspiracies to bring pro-American governments to power.”

When another worker asked why the Sri Lankan government invites US intelligence agencies like the CIA and FBI to Sri Lanka to investigate the bombings, the first replied, “This government also works with America.” 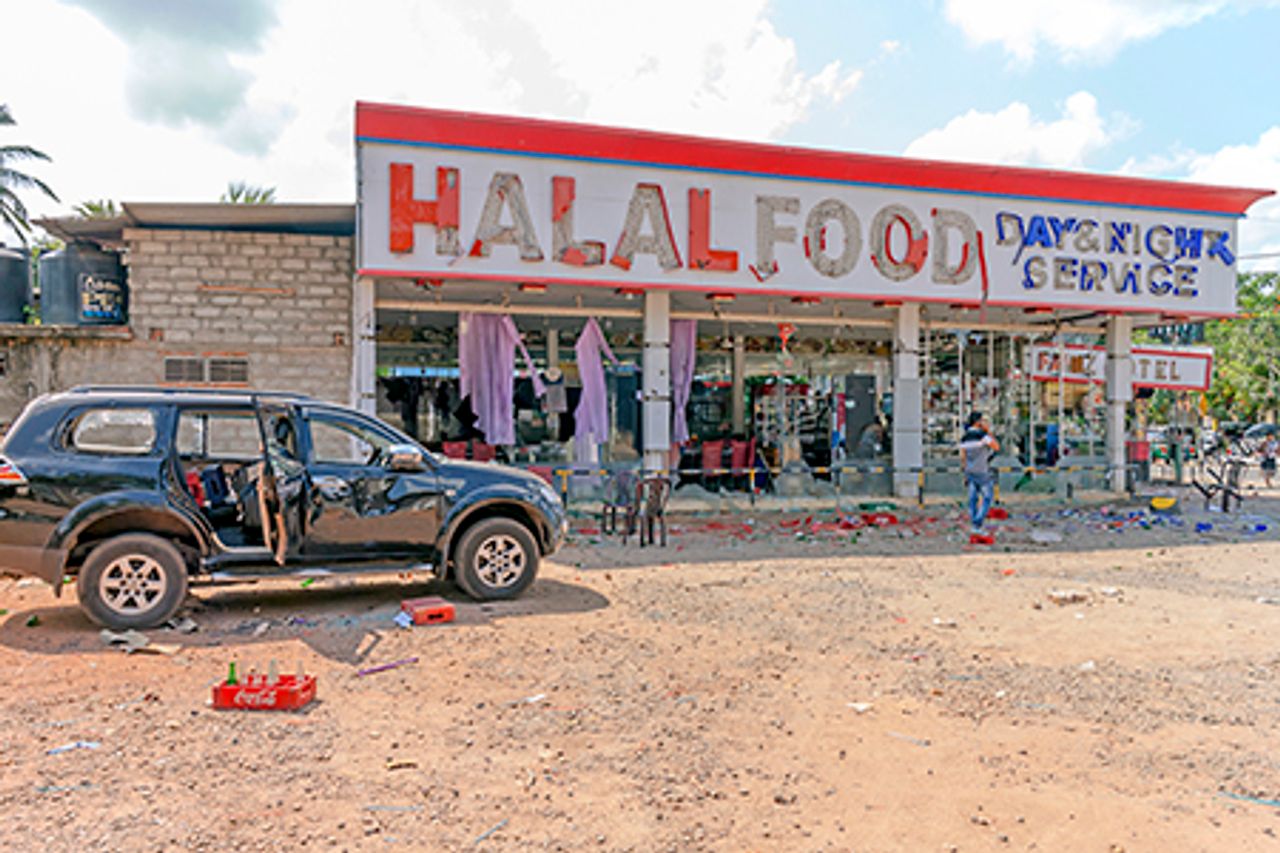 WSWS reporters discussed Washington’s war drive against China and its regime-change operation in 2015 to oust ex-President Mahinda Rajapakse’s regime, which it saw as too closely aligned with China. Rajapakse is not an opponent of imperialism, however, and now is reaching out to Washington.

A small businessman said, “We thought security forces were there to preserve peace. But we were hit with guns. Children were terrorized with filthy words. The media does not show these things.”

WSWS reporters explained the Sri Lankan ruling elite’s chauvinist politics. Anti-Tamil discrimination culminated in a 30-year communal war with the separatist Liberation Tigers of Tamil Eelam. Now, every capitalist government notoriously sends state forces, police and thugs against the workers and oppressed, using the method of divide and rule to suppress struggles of the workers and oppressed masses. 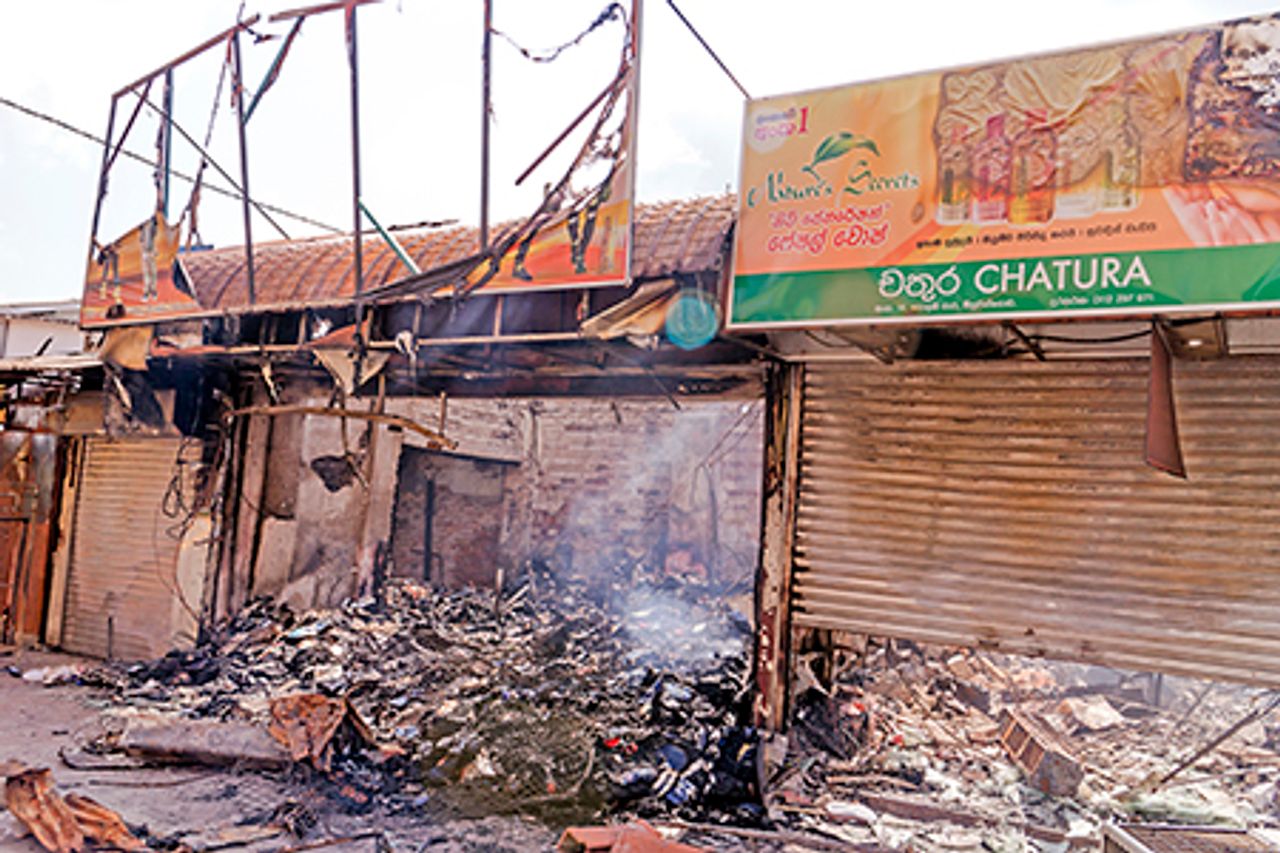 After the April 21 bombings, the communal propaganda of the bourgeois political establishment and capitalist media promoted anti-Muslim attacks across Sri Lanka to divide workers along communal lines.

These attacks were well organised with behind-the-scenes support of established political parties. Dayasiri Jayasekera, a prominent MP in Kurunegala district and secretary of President Maithripala Sirisena’s Sri Lanka Freedom Party, was filmed going to Bingiriya police and securing the release of several arrested persons. He later held a press conference, claiming that he was there only to quell unrest.

Madumadhawa Aravinda, an ally of Rajapakse and leader of Pivithuru Hela Urumaya (PHU), was also caught on video. He later said he was there on his way to another area.

Namal Kumara, a notorious chauvinist tied to the establishment, and Amith Weerasinghe of the Mahasohon Balakaya militia, implicated in racist violence in Digana last March, were arrested by police. Nearly 100 have been arrested in the past three days. In the past, such people have been promptly released. 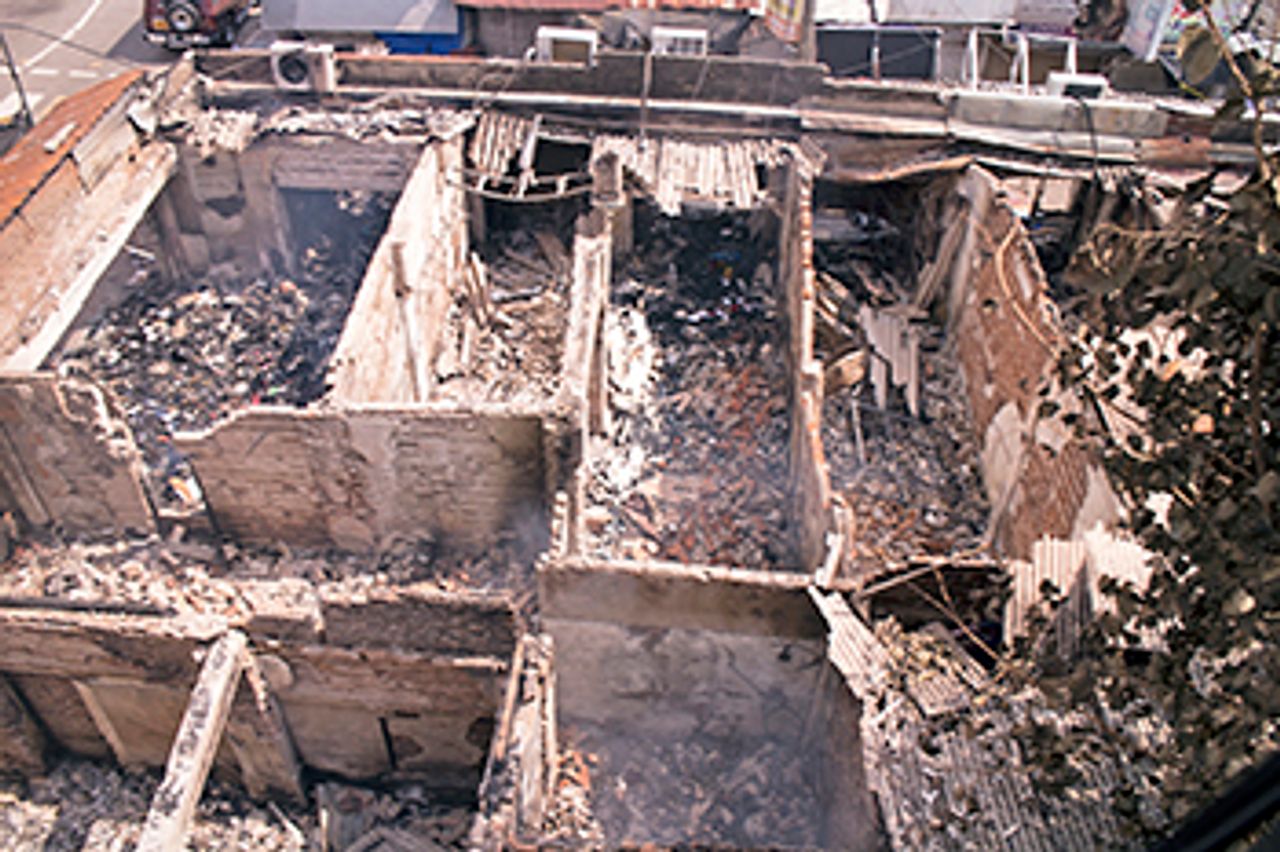 In a Twitter message on Wednesday, Rajapakse “urged all members of any political party, including that of his, to maintain law and order and not to aggravate the already sensitive situation.” This is effectively an admission of the involvement of ruling class parties.

Like ruling classes in every country facing an upsurge of class struggle, the Sri Lankan ruling elite is rapidly turning to authoritarian forms of rule. President Sirisena, the government and defence establishment ignored advanced warnings of the terrorist attack, which is now being used to impose antidemocratic measures, including a draconian state of emergency, and suppress class struggles and rural unrest.

All the established parties have rubber-stamped these measures, based on their own police-state agenda. The army then takes the upper hand. Workers must oppose anti-Muslim violence and propaganda, the state of emergency, and unite across ethnic lines, build their own action committees and fight for a workers and peasants government on the basis of the struggle for international socialism.