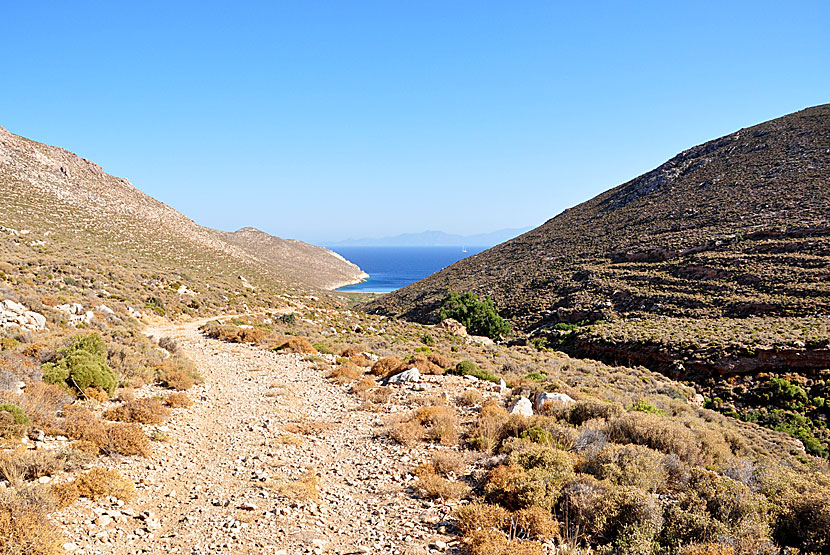 After 20 April 2019, we were still on Tilos island in Greece. The photo shows the path to Skafi beach on the north coast. We walked there; not all the way to the coast, as there was much too see underway.

Again, many painted lady butterflies; on their spring migration?

Then, a different butterfly: a red admiral.

The scientific name of this species is Vanessa atalanta. Linnaeus probably named the species after the Greek mythological young woman Atalante, famous for her beauty and speed.

A bit further, a collared flycatcher on a tree.

This is a collared flycatcher video from Sweden.

On a wall, the most common of the five lizard species of Tilos: a snake-eyed lizard.

A male red-footed falcon flies past.

Then. on a rock, the biggest Tilos lizard species: a sling-tailed agama.

As we walk back, a male golden oriole flying.

So does a kestrel.

We approach a cypress tree near the ruin of an old farmhouse.

Only some of its walls are still standing.

Between the ruined walls, these holy orchids grow.