By Andrea Lobo and Eric London in the USA:

On February 9 at 2 p.m. EST, the WSWS Autoworker Newsletter is co-hosting a demonstration in Detroit to fight plant closings, mass layoffs and concessions. For more information about attending the demonstration, go to wsws.org/auto.

As the powerful strike of Mexican maquiladora workers grows in the border city of Matamoros, workers on the picket lines issued calls in support of the Steering Committee of the Coalition of Rank and File Committees’ planned demonstration against job cuts and concessions at GM headquarters in Detroit on Saturday, February 9 at 2 pm.

Griselda, a leader of the rank-and-file committee at Fisher Dynamics, issued the following statement:

“I support the call for a general strike in Canada, the US and Mexico to put an end to layoffs, abuses and to win fair salaries. We must be united. There are no borders in our fight. We stand firm here.”

On Monday afternoon, a mass assembly of workers at several new plants rebelled against their union, the Industrial Union of Workers at Maquiladora and Assembly Plants (SITPME), and called for a general strike.

Responding to this call, thousands of workers at 22 maquiladoras joined the wildcat strikes yesterday, with a dozen more plants discussing further walkouts. At the Smart and Chedraui supermarkets, workers decided to join the strike, demanding 20 percent wage increases and a bonus of $1,700. Retail workers at the mega chains Soriana and Walmart are also discussing joining the strike, which would bring far broader sectors of the city’s economy to a halt. In total, there are at least 35 companies on strike in Matamoros.

Griselda urged US and Canadian workers to fight job cuts by building their own rank-and-file committees:

“We got organized. The union didn’t support us. In order to begin this strike, we had to organize within the plant at each of the three shifts. We picked between two or three people at each line and that is how we formed a committee of our fellow workers. In my case, three of us were elected from one line and two from the other. Then, the first, second and third shifts formed a committee, we entered to negotiate with the manager and we didn’t get a favorable answer and that is why we walked out.

“We presented a sheet with our petitions, with a 20 percent raise, a bonus of 32,000 pesos ($1,700) and no retaliations for our fellow workers. We spoke to the corporation to get us our demands, and they agreed to the 20 percent increase but not the bonus. They offered us 10,000 pesos. And, even though it is not part of our contract, we want the full bonus because everything is too expensive. We work long hours and don’t get to spend time with our family and our work is of the best quality. We need it.”

This 5 February 2019 video from Mexico says about itself:

Workers on the picket line in Matamoros, Mexico

“This is Fisher Dynamics and all the workers that are outside of the plant. Human Resources has placed speakers telling workers to go to work, also with signs, telling people that everything is OK. There are barely 20 workers still inside. That is the situation in Matamoros, at the Fisher Dynamics auto plant. All those speakers they brought are to tell people to go to work and that nothing is going on and that they should think about their personal welfare. Sincerely, we are the majority out here. We call on you not to be afraid.”

“Unity makes us strong, so we asked for the support of other plants. The trade union now says that they support us and brought us food, but we are already organized independently of the trade union. We have to demonstrate that we can unite with the committees of other plants because we all suffer the same things.”

Bernardo, an Inteva worker in Matamoros, also appealed for US and Canadian workers to attend the February 9 meeting:

“You have to be united and decided on what you want to achieve. We are told workers are nothing without the businesspeople that is what is always been believed. But what has happened here shows the other side of the coin. We have demonstrated that the businesspeople are nothing without the workers. The struggle has not been easy, but one has to endure and demonstrate who we are and that we are stronger united.” 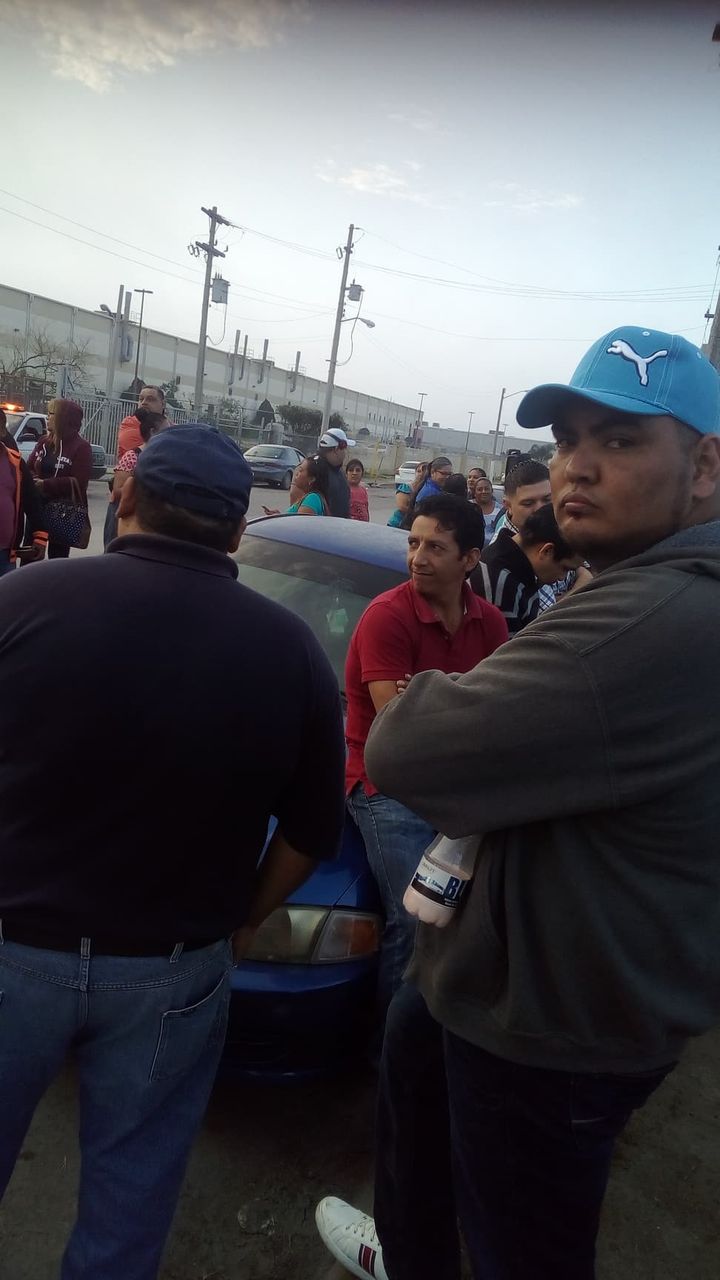 His advice to workers in the US and Canada was: “ … Once you start your own strikes there is no turning back, so you have to ask for the support of those that have not gone out on strike. Study what happened here in Matamoros. If you unite the strikes in the United States with those in other parts of the world, the workers movement would strengthen because we would be closing down the road of the corporate elite.”

After two full weeks of wildcat strikes among 70,000 workers in defiance of the union and management, and one week of a “legally-sanctioned” strike, 41 of the 48 companies have folded to workers’ demands for a 20 percent raise and a $1,700 bonus.

Seven of the original plants are still on strike and workers at several of the factories that went back to work after winning their demands are now discussing another walkout to reverse the more than 600 firings orchestrated by the companies as reprisals and as a maneuver to avoid paying the promised bonuses. Workers in some plants are demanding democratic workers’ control over hiring and firing.

“The employers will have no intention to yield. Keep up your fight for better working conditions and living standards and stop them from stomping on your rights! We cannot continue allowing such an unfair distribution of wealth, with rich governments and poor populations.”

Luis Daniel, a worker from Jalisco who says he was brutally beaten by company thugs when he fought to defend the rights of workers in his home state, said [see video on top of this blog post]:

“I want to send my support to fellow workers in Detroit, as well as to all the different workers’ movements across the world—the Yellow Vests in France, in India, the LA teachers. It’s a pleasure to know that we, the working class, are uniting internationally to deal with the abuses that we are subjected to often by the employers and by social conditions that seek to undermine our dignity as the life standard. We cannot allow this anymore. Thank you for your demonstration, fellow workers in Detroit. Rest assured that we are aware of the issues you are facing, and we are with you. Let’s fight until we get equality and a better world for those to come and for ourselves. Thank you, compañeros.”

The time has come to stand up and fight. Workers from all different industries must make the decision to attend the demonstration on Saturday, February 9 at 2 pm in front of GM headquarters in downtown Detroit.

This 5 February 2019 video from the USA says about itself:

WSWS Labor Editor Jerry White spoke in front of the GM world headquarters in downtown Detroit, and answered questions from local news reporters about the upcoming March to Fight GM Plant Closures, to be held at the same spot this Saturday, February 9.