Last week, a group of workers from the Abbotsleigh tea estate, with the assistance of the Socialist Equality Party, resolved to establish an action committee to advance their fight for higher wages and improved conditions. The estate is located about five kilometres from Hatton in Sri Lanka’s Nuwara-Eliya district.

The decision to form the committee, which operates independently of the plantation trade unions, was a result of their own bitter experiences with the unions that have defended estate companies’ profits for decades.

On December 12, the Ceylon Workers Congress (CWC), the main plantation union, suddenly ended indefinite strike action, involving over 100,000 plantation workers demanding the doubling of their wages. The union’s decision to stab their members in the back, on the ninth day of the stoppage, followed a worthless promise from President Maithripala Sirisena that he would “solve the issue” in discussions with the unions and employers on December 18.

No details have been provided about the scheduled meeting or whether it was even held. Meanwhile, the plantation companies continue to reject workers’ legitimate calls for better wages, fraudulently claiming that their employees receive improved “social benefits.”

Sri Lankan plantation workers, like their international counterparts, are being ruthlessly exploited by the giant corporations that control the industry. As a recent study published by the University of Sheffield pointed out, “Exploitation, including forced labor, is endemic at the base of the global tea and cocoa supply chains.” The study explained how employers extract massive profits by “under-paying wages” and “under-providing legally-mandated essential services such as drinking water and toilets.”

Abbotsleigh estate workers spoke with the WSWS this week about the desperate circumstances they confront. Working and living conditions at the estate, which employs about 600 workers, are typical of those facing plantation workers across Sri Lanka.

Abbotsleigh workers have to use private buses to travel to Hatton, the nearest town, but the fare is 80 rupees each way or nearly one sixth of their current 500-rupee ($US2.80) daily basic wage. The buses only run once an hour along narrow, dangerous and poorly maintained roads. Workers and students who want to reach Hatton early in the morning, before the bus service begins, have to walk. 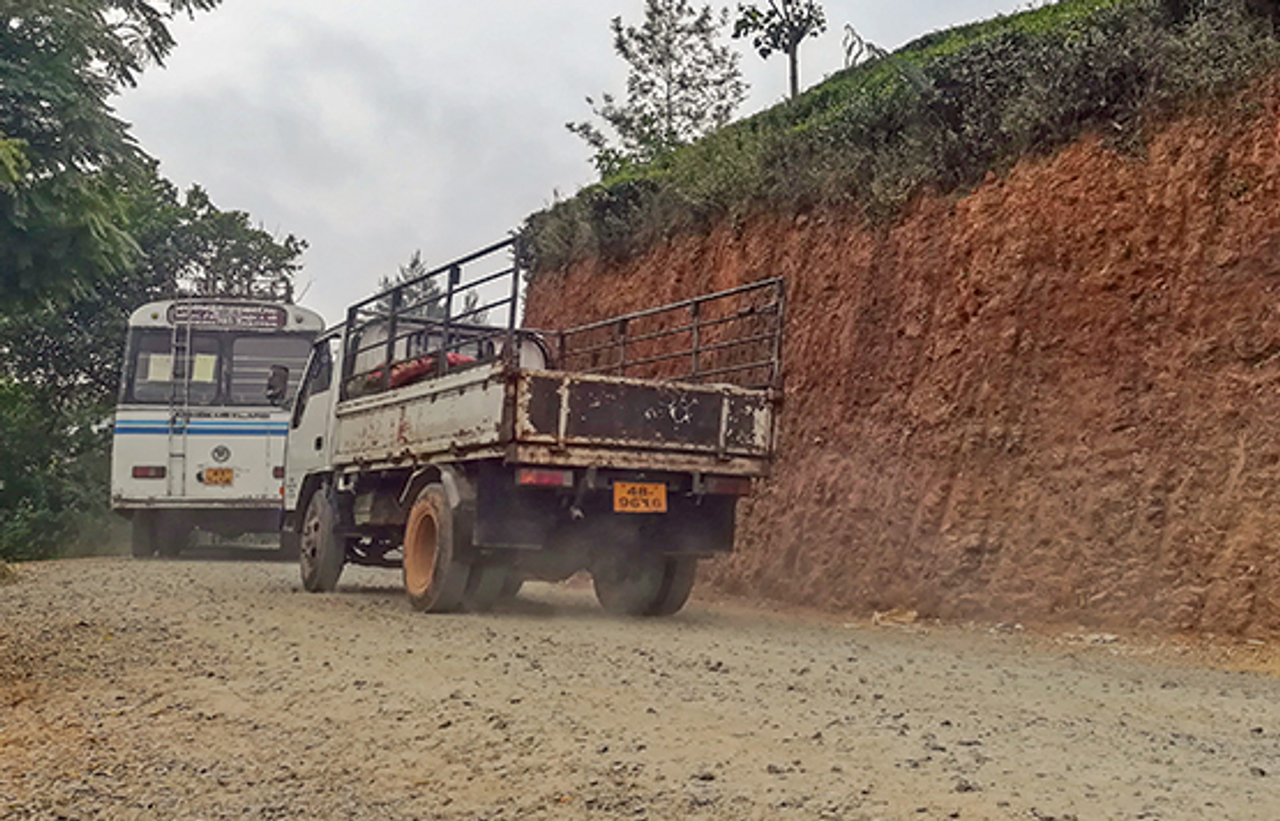 Many families living on the estate have no sanitary facilities. Workers explained that they have to pay an average 100 rupees per month for water they get from a public tap. About 45 families on the estate have no home and are forced to live with their relatives. High unemployment in the area means that thousands of estate youths have migrated to Colombo and other major towns.

The usual breakfast and lunch for estate workers is rotti (home-made bread) with coconut sambol. Rice and curry is eaten at dinner with fish or meat only eaten on pay day.

K. Yogaranjani, 36, leads the CWC’s Abbotsleigh branch and has been working at the estate since she was 11. Explaining the harsh working conditions facing estate workers, she said: “We face danger from snakes, wasps and even leopards, and blood-sucking leeches are everywhere, but management does not even provide any compensation if workers are killed by snakes. On top of all this, we have to pluck 17 kilograms of tea leaves just to receive a meagre daily wage of 500 rupees and just 25 rupees for every kilo over that target.”

She works at night in the estate’s tea factory and in the fields during the day to try and boost her income. There are no especial allowances for night work, however. She explained that the cost of educating her three children was a huge burden.

“I have to pay 1,500 rupee tuition fees for each subject and 400 rupees for a taxi to get them to class on time. So we cannot afford to send them to private classes for many subjects, and for new admissions the schools demand a 6,000-rupee donation. We spend at least 15,000 rupees per month on food,” she said. Her family was also paying 10,000 rupees per month for loans and debts to local shops. 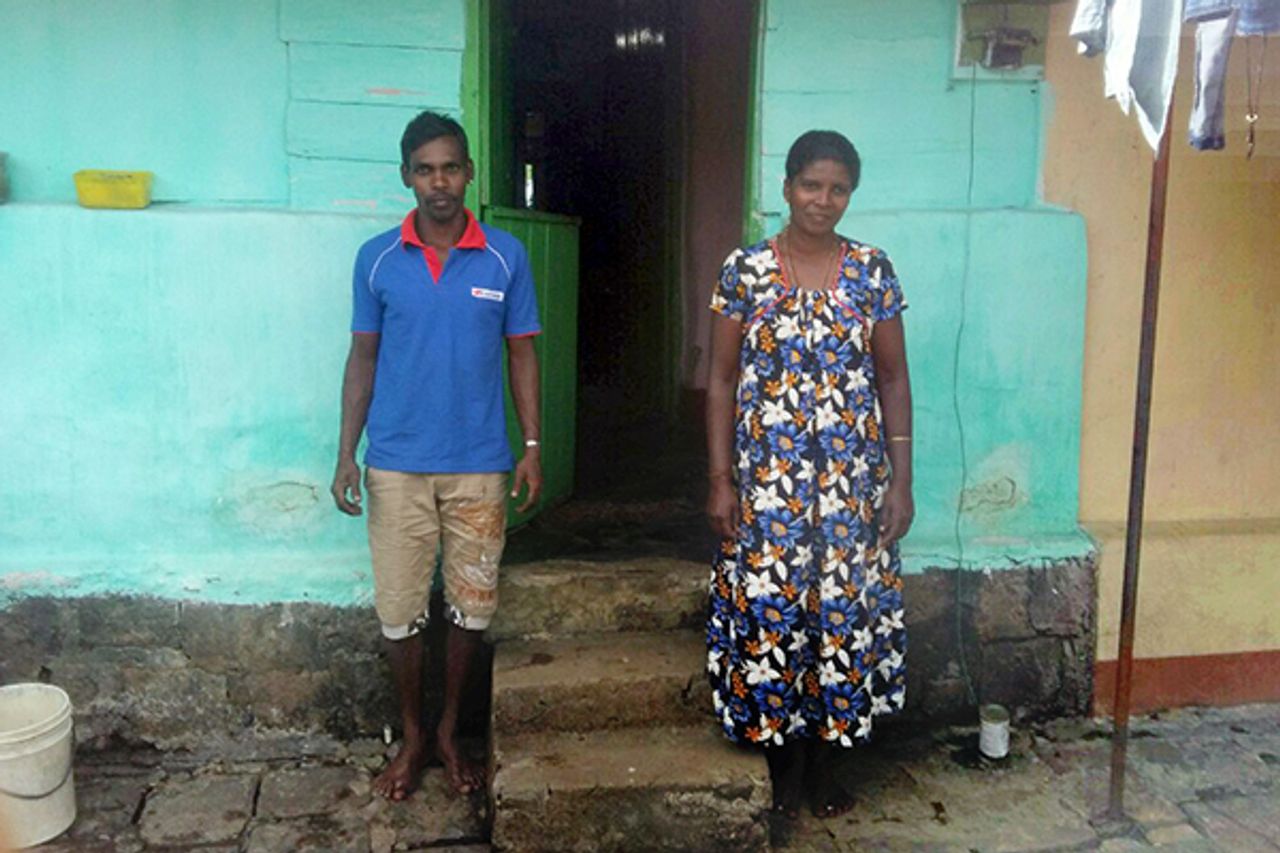 Yogaranjani had to end her studies and begin working in the estate to support her three sisters after her father died. “My mother used to skip meals because of poverty but this problem among estate workers still prevails today. We want this situation to end,” she said.

“I lived in a relative’s home with my baby for three years, after I was married. During the rainy season I experienced massive difficulties because water would run through the room, so I bought a line room for 100,000 rupees which increased our economic burden.”

Like many other workers, Yogaranjani’s husband sought employment in Colombo because he could not get enough work on the estate. When he returned after three months, estate management dismissed him and then reemployed him as a casual worker. Plantation companies regularly do this in order to stop paying workers monthly allowances and retirement benefits. 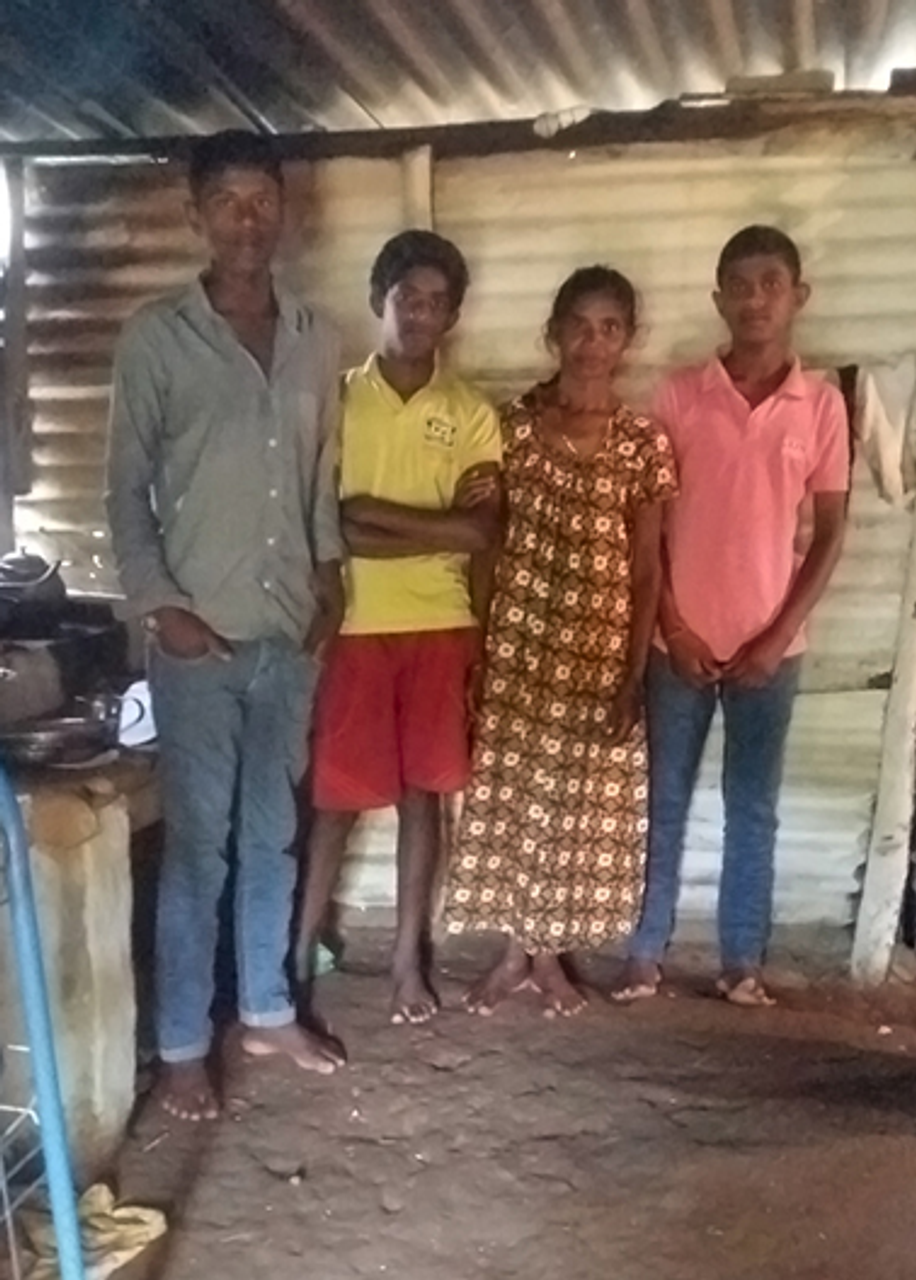 R. Pusparany and her family live in a small temporary mudbrick shed. They have only one bed with a small section of the room used for cooking. She said that the unions always promise to provide houses whenever there is an election but that these pledges are never fulfilled.

“How can we build a house when our salaries are not even enough for meals? We need 1,200 rupees each day for food but last month, I only received 3,900 rupees after deductions. My husband’s monthly wage was 4,140 rupees. Sometimes we manage to get by using lettuces grown in the fields instead of vegetables,” she said.

Sivapakyam said the estate’s revenue share system was a fraud. “In November 2017, management gave us 250 tea bushes under its revenue share system. They promised to give seventy percent of the income if a kilo of tea leaves sold for 100 rupees. The price was 89 rupees for just one month and then the company reduced it to 30 rupees after deductions for pesticide and fertiliser. If they clean or prune the tea field, we have to pay the labour costs. After one year of this we handed the land back to the company,” she said.

P. Sundaralingam, who leads the Abbotsleigh estate action committee, told WSWS reporters that the unions divide the workers. “They take 150 rupees per month as subscriptions but the union leaders do not come here to help with any difficulties we face,” he said. The Abottsleigh action committee, he added, would bring workers together and create the conditions for a united struggle to win an adequate wage increase and improve workers’ rights.