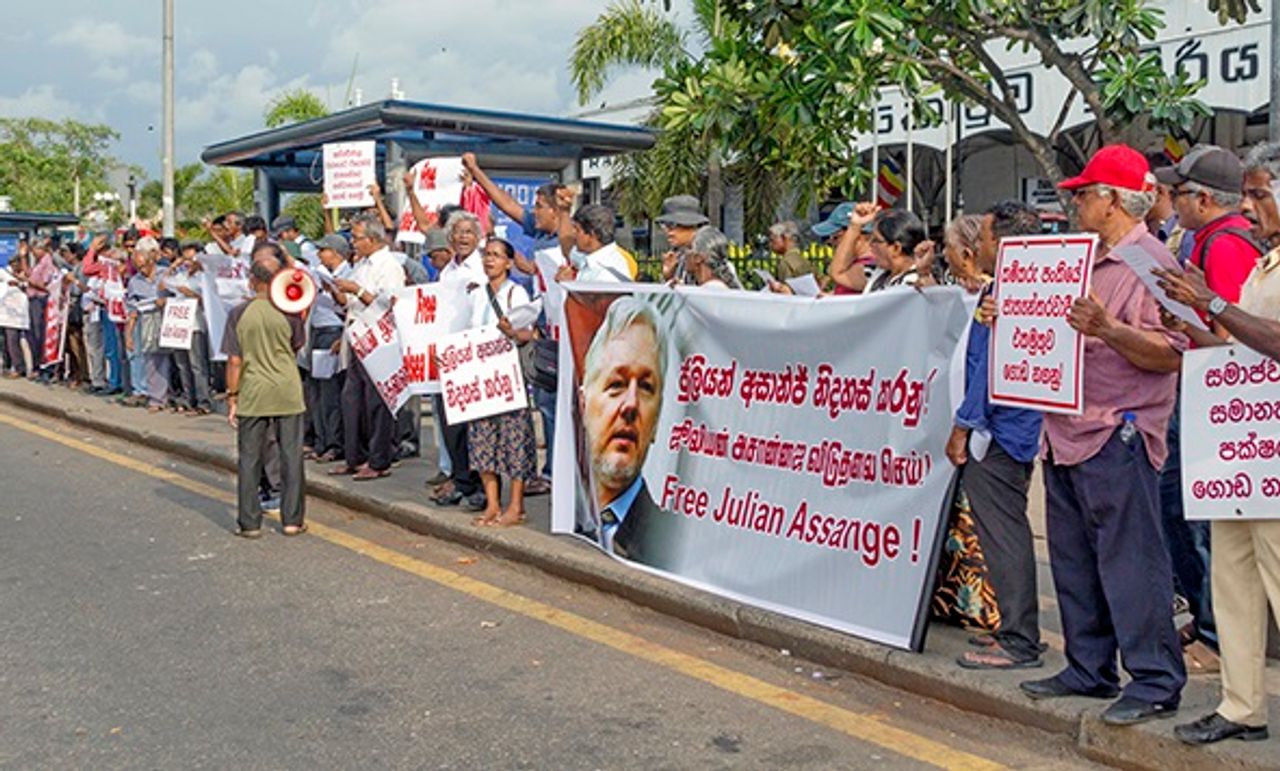 The Socialist Equality Party (SEP) and the International Youth and Students for Social Equality (IYSSE) held a powerful demonstration and rally in Colombo, the Sri Lankan capital, yesterday to demand the release of Julian Assange and Chelsea Manning.

Around 100 people, including workers, youth and housewives, attended the picket which was held outside the Colombo Fort Railway Station. A group of SEP members travelled 400 kilometres from war-ravaged northern Jaffna to participate and several estate workers came from the central hills plantation district.

It was one of several demonstrations called by Socialist Equality Parties around the world and the World Socialist Web Site (WSWS) following Assange’s arrest by British police last Thursday. The WikiLeaks publisher faces extradition to the US on bogus charges.

Demonstrators enthusiastically chanted slogans in Sinhala and Tamil, including “Free Julian Assange, Free Chelsea Manning”, “Defend the right for free speech, Defend democratic rights”, and “Stop internet censorship, No to world war, fight for international socialism.” Hundreds of copies of the WSWS April 12 Perspective, “Free Julian Assange” were distributed to those watching the event or passing through the station. 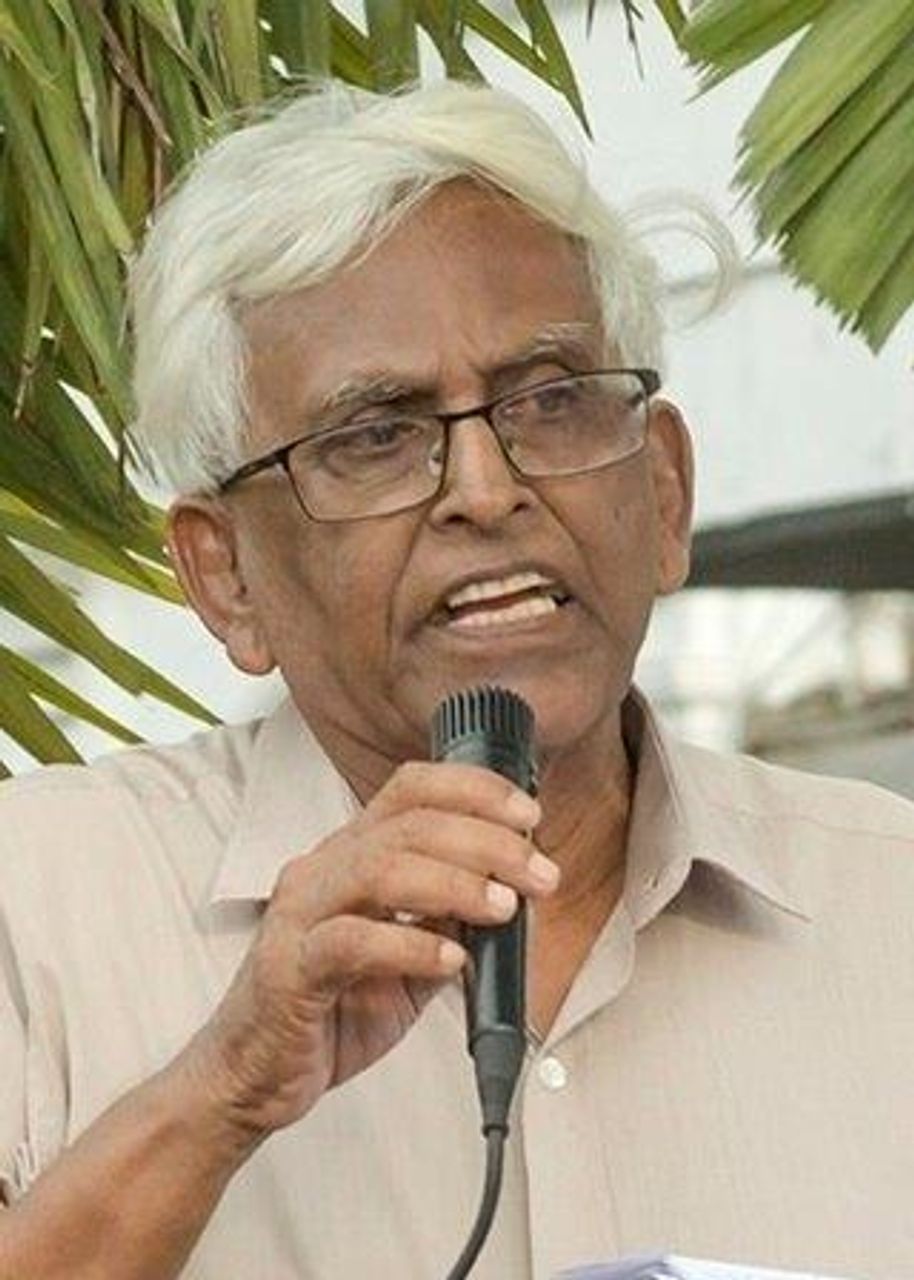 K. Ratnayake, Sri Lanka’s WSWS national editor, addressed a 45-minute rally following the demonstration. He explained the circumstances surrounding Assange’s arrest by British police and his illegal removal from the Ecuadorian embassy, and the moves to extradite him to the US where he could face espionage and violation of national security charges.

“What is the crime Assange is being hounded for by Washington and Britain, with the connivance of pro-imperialist Ecuadorian President Lenin Moreno? 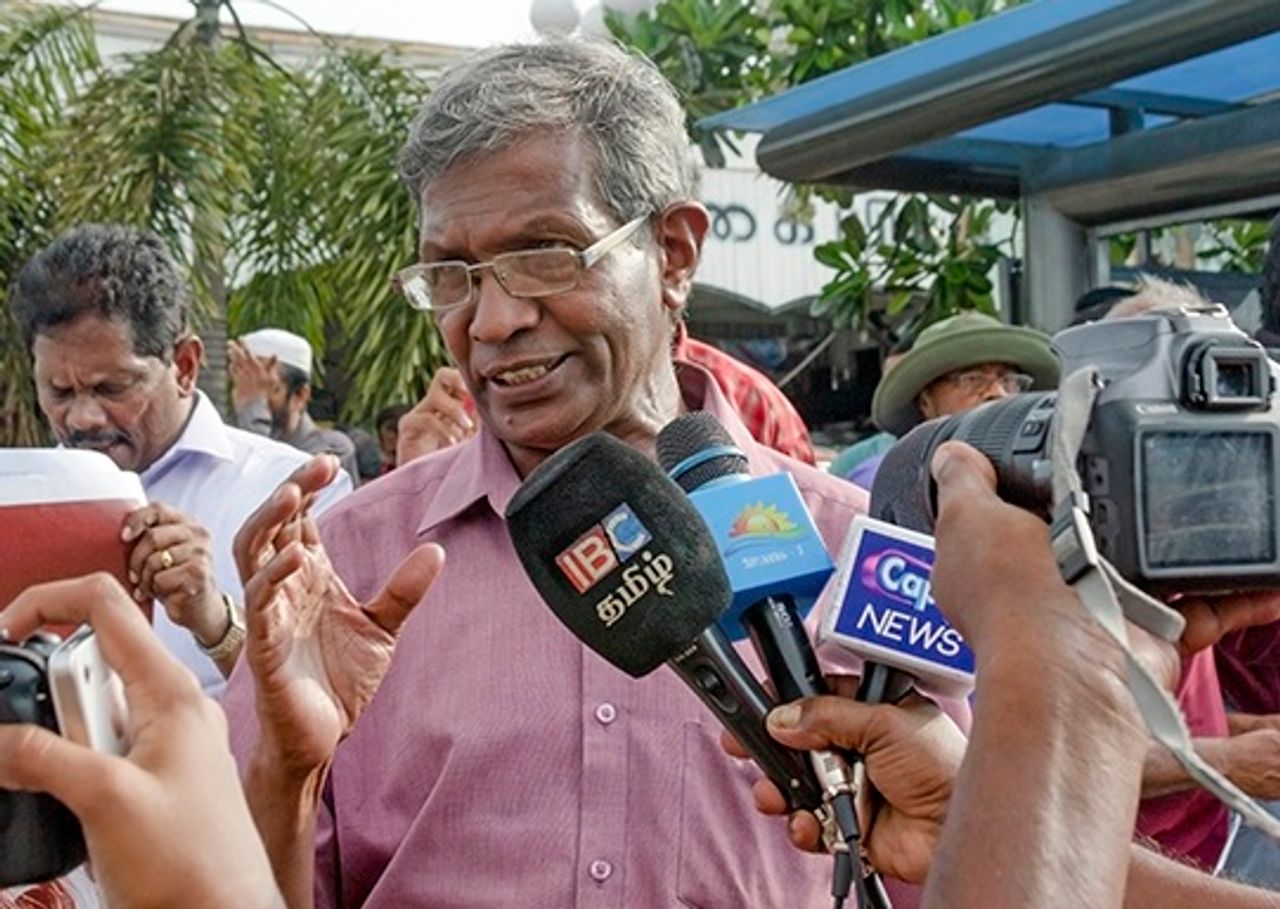 Ratnayake denounced the total silence of Sri Lanka’s mainstream media about Assange’s arrest and the attacks on freedom of the press. He pointed out that the brief reports by some Sri Lanka media were hostile to Assange and Manning.

“Equally, Sri Lankan pseudo-left groups, such as the Frontline Socialist Party, United Socialist Party and Nava Sama Samaja Party, have nothing to say about this dangerous attack on democratic rights. There is not a word in their press over the jailing of Assange or Manning,” Ratnayake said.

“Like the ruling class in other semi-colonial countries every faction of the Sri Lankan ruling class—from President Maithripala Sirisena and Prime Minister Ranil Wickremesinghe to opposition leader Mahinda Rajapakse—will use this attack of their imperialist masters as a licence to intensify their assault on the democratic rights of the Sri Lankan working class.” 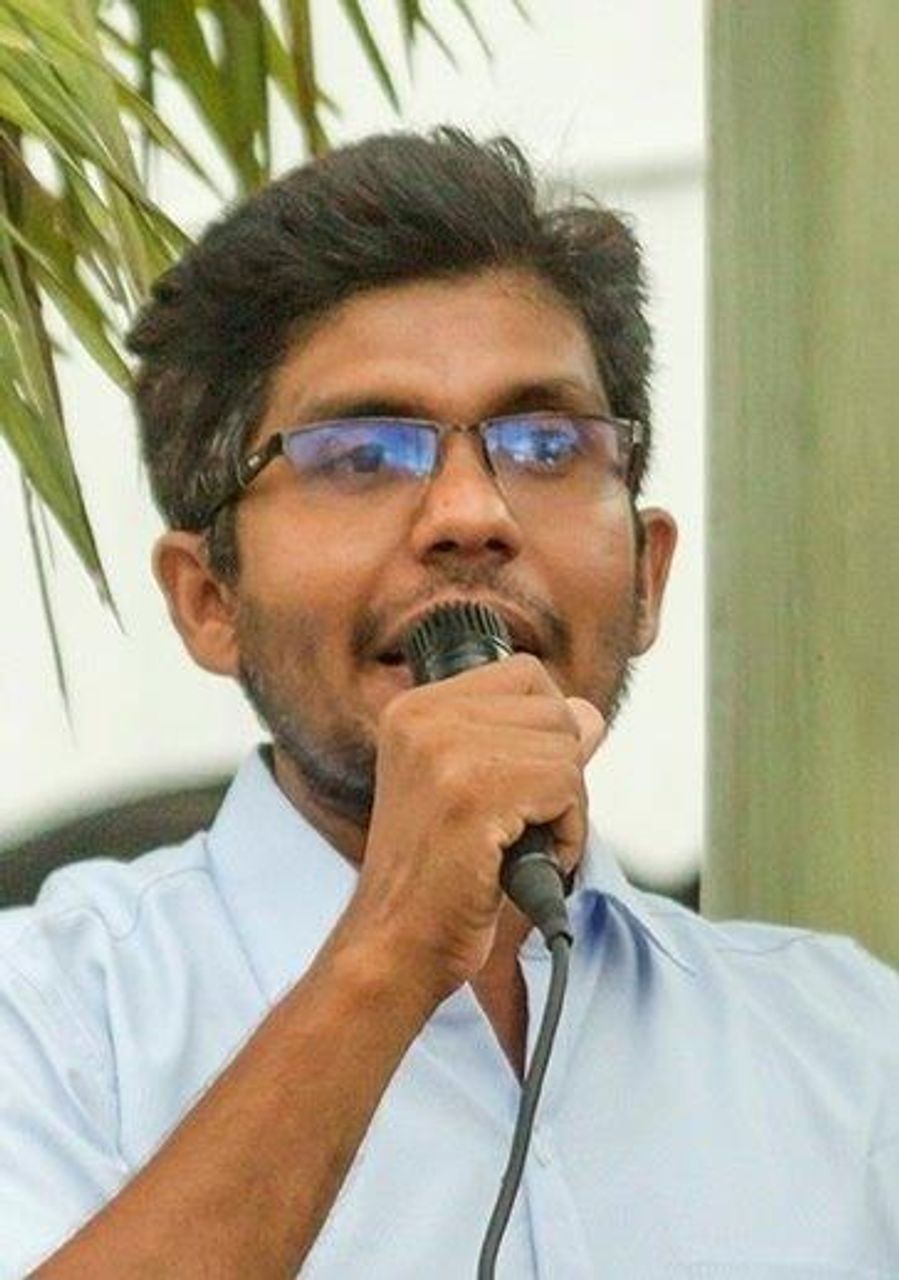 YSSE Convenor Kapila Fernando told the rally that the exposure of imperialist crimes by Assange and Manning had won them enormous respect from workers, young people and others who value democratic rights.

“Assange had been imprisoned in the London’s Ecuadorian embassy for the past seven years. Vast changes have occurred during this period. In every country, the working class has come forward to defend their rights against rising social inequality and austerity measures,” Fernando said.

“This is the context in which Assange has been arrested. His jailing is an attack against the working class as a whole and bound up with the drive of American imperialism toward a world war,” he said. 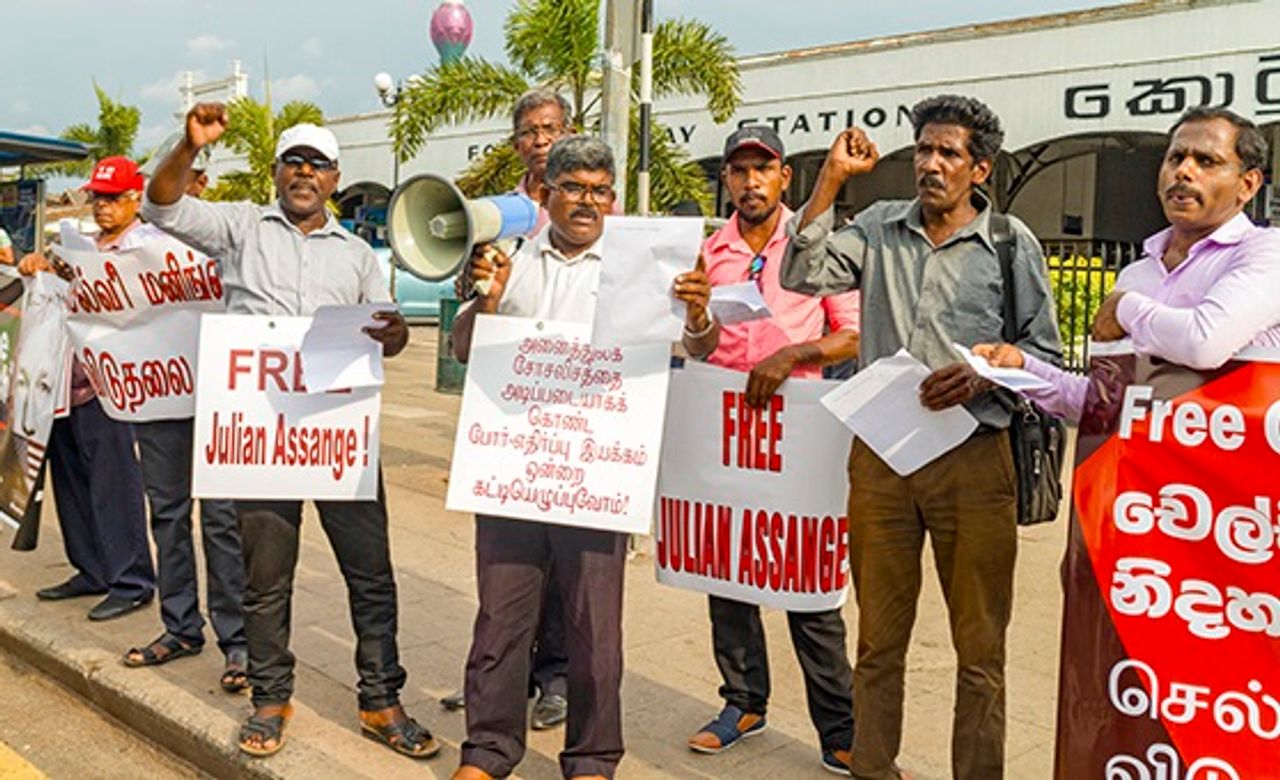 The struggle to free Assange and Manning, he added, has to be carried forward through the fight for the independent mobilisation of the working class and on the basis of a socialist and internationalist program.

After the rally, freelance photographer Sunil Harischandra told the WSWS that he fully supported the fight to free Assange and Manning. 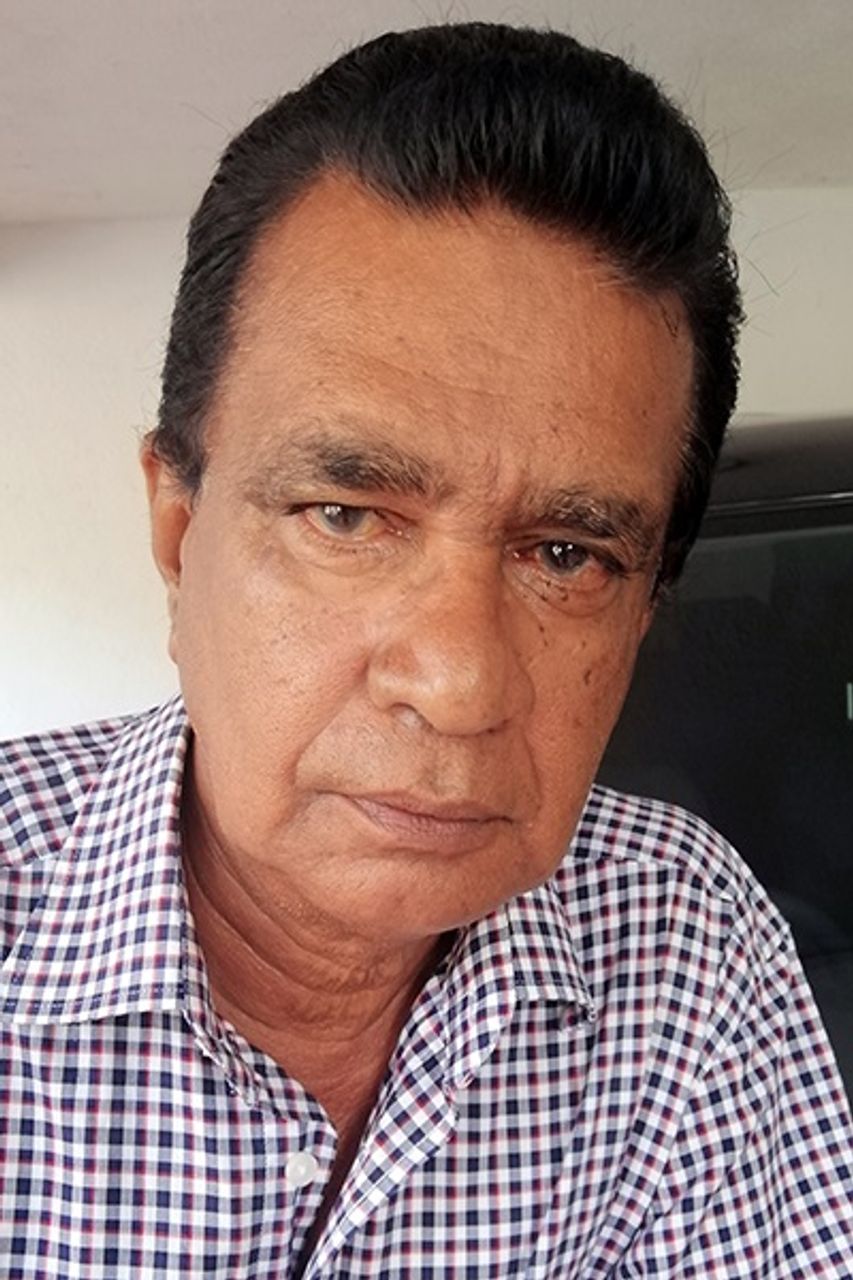 “World imperialism is trying to make an example out of Julian Assange and Chelsea Manning and are putting their lives in great danger because they have exposed war crimes.

“They are victims of class war and we cannot let the US and other imperialists determine this,” he added. “Their fate is decisive for the world proletariat and we have to demand their freedom.”

Lohan Gunaweera, an artist, said: “The imperialist countries are preparing massively for war. This is shown by Assange being taken into custody and the jailing of Manning. The World Socialist Web Site has taken the lead in the fight against the imperialist preparations for war and in opposing the jailing of Assange and Manning.

“If the frame-ups of Assange and Manning go ahead then all journalists, artists and others who oppose imperialism will become victims. These attacks must be defeated”, he said.

The Socialist Equality Party (SEP) and International Youth and Students for Social Equality (IYSSE) in Sri Lanka held a successful rally and public meeting in defence of Julian Assange and Chelsea Manning at Hatton on August 11. The central province working-class city is surrounded by major tea plantations. The rally, which involved plantation workers, SEP members and supporters, was held in the morning outside Hatton’s main bus terminal. Participants held banners and placards and chanted slogans in Sinhala and Tamil demanding freedom for Assange and Manning. Despite heavy rain, the hour-long demonstration gathered the support of many workers who had come to Hatton for their weekly shopping and other needs: here.

Unsealed affidavit demonstrates US seeking to prosecute Assange for his journalism: here.

Last week’s arrest of WikiLeaks publisher Julian Assange has been met with universal approval from the US print and broadcast media. The New York Times, the Washington Post, and the Wall Street Journal, the three major US newspapers, have all enthusiastically endorsed Assange’s arrest and extradition to the United States, for charges related to his publication of documents implicating the US government in war crimes and the mass murder of innocent people: here.

Thousands of Ecuadorian workers and youth marched through Quito’s historic colonial center Wednesday demanding the downfall of the country’s President Lenin Moreno and freedom for WikiLeaks founder Julian Assange. The demonstration, one of the largest since Moreno took office in 2017, was met with brutal repression. The security forces unleashed mounted police, attack dogs and tear gas against the marchers as they came within two blocks of the Plaza de la Independencia, the site of the Carondelet presidential palace, which was ringed by a heavy cordon of police and armed troops: here.