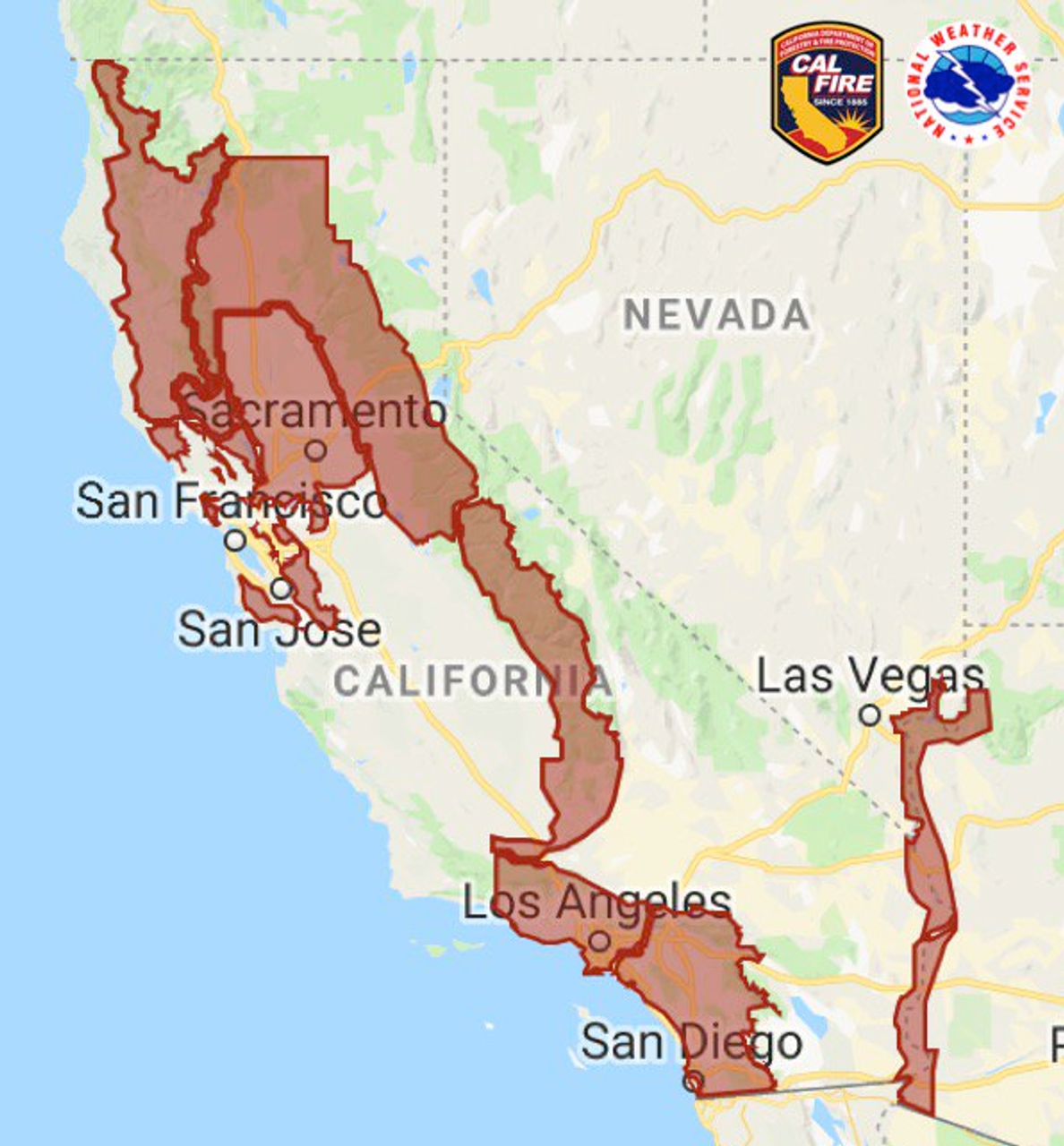 California wildfire deadliest and most destructive in state history

The death toll from wildfires ravaging Northern and Southern California has risen to 31. Thousands of homes and structures have been destroyed, and hundreds of thousands of people have been forced to flee from the spreading inferno.

The most destructive fire is in the north—the Camp Fire, which started under the power lines at Poe Dam in Butte County. Fueled by high winds and dry weather, the blaze quickly engulfed the nearby communities of Pulga and Concow, before reaching Paradise, a town of 26,000, shortly after students were beginning their school day. The entire city was forced into a panicked and unprepared evacuation. By Friday morning, Paradise had burned to the ground. Harrowing pictures and video have been posted on social media of cars racing to escape as walls of flame bear down on all sides. Others had to abandon their cars and try to escape the flames on foot, while some did not make it.

With the death toll at 29, it is the deadliest wildfire in state history, the number of fatalities greater than the Griffith Park blaze in Los Angeles in 1933. At least two hundred more are missing.

The Camp Fire is also the most destructive in state history. At least 6,453 houses have been destroyed, along with Paradise’s hospital and retirement home. Both the destruction and the death toll are expected to rise as the fire continues to burn and officials begin to sort through the wreckage.

The Camp Fire erupted on the same day as the Hill and Woolsey fires in southern California, which together have forced the evacuation of over 260,000 people. Two deaths have been attributed to the fires in the south.

President Donald Trump responded to the fires by threatening to cut off federal funding. “Billions of dollars are given each year, with so many lives lost, all because of gross mismanagement of the forests”, he declared in a tweet on Saturday. “Remedy now, or no more Fed payments!”

In fact, the destruction has again exposed the criminal indifference and negligence of the ruling class and both its political parties, Democrat and Republican. Social infrastructure, including fire departments, have been starved of funds for decades as trillions of dollars have been funneled into the bank accounts of the rich.

California has been hit by a series of devastating fires in recent years. The unfolding catastrophe follows the enormous 460,000-acre Mendocino Complex Fire in July (the largest in state history), the 280,000-acre Thomas Fire in December 2017 (the second largest), and the Tubbs Fire in October 2017, which destroyed 5,636 buildings (second only to the Camp Fire).

The levels of death and destruction from California’s fire season increasingly resemble the impact of hurricanes on the East Coast, where Hurricanes Florence and Michael killed dozens this year and Hurricane Maria killed thousands in Puerto Rico in 2017.

Each “natural” disaster follows a common pattern. Scientists and engineers have given repeated warnings that decaying infrastructure, dangerously built sprawl and global warming threaten disaster. The government carries out none of their recommendations. Then, after the inevitable catastrophe, officials organize grossly inadequate relief efforts, the media drops the story, and thousands are left to fend for themselves.

The impact of each of these disasters is the product of social conditions. Fire departments have been starved of resources, and power companies have failed to take basic safety precautions.

Two days before the recent fires broke out, the California Department of Forestry and Fire Prevention (Cal Fire) issued Red Flag warnings that 23 million people across the state were in areas where conditions were ripe for fires to rapidly grow. Winds were expected at 20 to 30 miles per hour with gusts up to 50 mph.

The Pacific Gas and Electric Company (PG&E) repeatedly told residents of Butte County that they might preemptively shut off electricity to prevent power lines downed by the high winds from sparking a wildfire, but ultimately decided not to.

When firefighters initially responded to the Camp Fire Thursday morning, they were immediately confronted by PG&E’s downed power lines. Cal Fire will be investigating whether they were the cause.

The first firefighter on the scene at 6:43 a.m. recognized the danger and ordered the evacuation of the nearby community of Pulga. Within three hours, the fire had raced 10 miles to the city of Paradise. The County Sheriff began ordering evacuations, but no Wireless Emergency Alert was issued to cell phones in the area. Many residents only discovered the extreme danger when the fire was already bearing down on them.

This was an almost exact repeat of the Tubbs Fire last year that tore through a working-class area of Santa Rosa and killed 22 people. That fire broke out at night under high winds, with firefighters responding to 10 different reports of downed power lines. In just three hours, the Tubbs Fire traveled 12 miles to edge of Santa Rosa, and only then were people systematically evacuated, far too late.

Cal Fire has not yet determined the precise cause of either the Camp or Tubbs Fires. However, in a June report they found that PG&E equipment sparked 16 wildfires last year, and that in 11 of those cases the company had violated state fire prevention codes.

Far from holding the company accountable, Democratic Governor Jerry Brown signed into law SB 901 in September, a new measure that would limit the potential damages that utilities are liable for. PG&E is potentially liable for $15 billion from the fires they caused, but regulators can now reduce assessed damages when weather exacerbates the disaster. It further allows state regulators to take the company’s “financial status” into account and limit the costs to shareholders by allowing the utilities to raise rates on the public.

The bill also allocated $1 billion over five years to Cal Fire for fire prevention. By comparison, the operating profit of PG&E in 2017 was $3 billion. 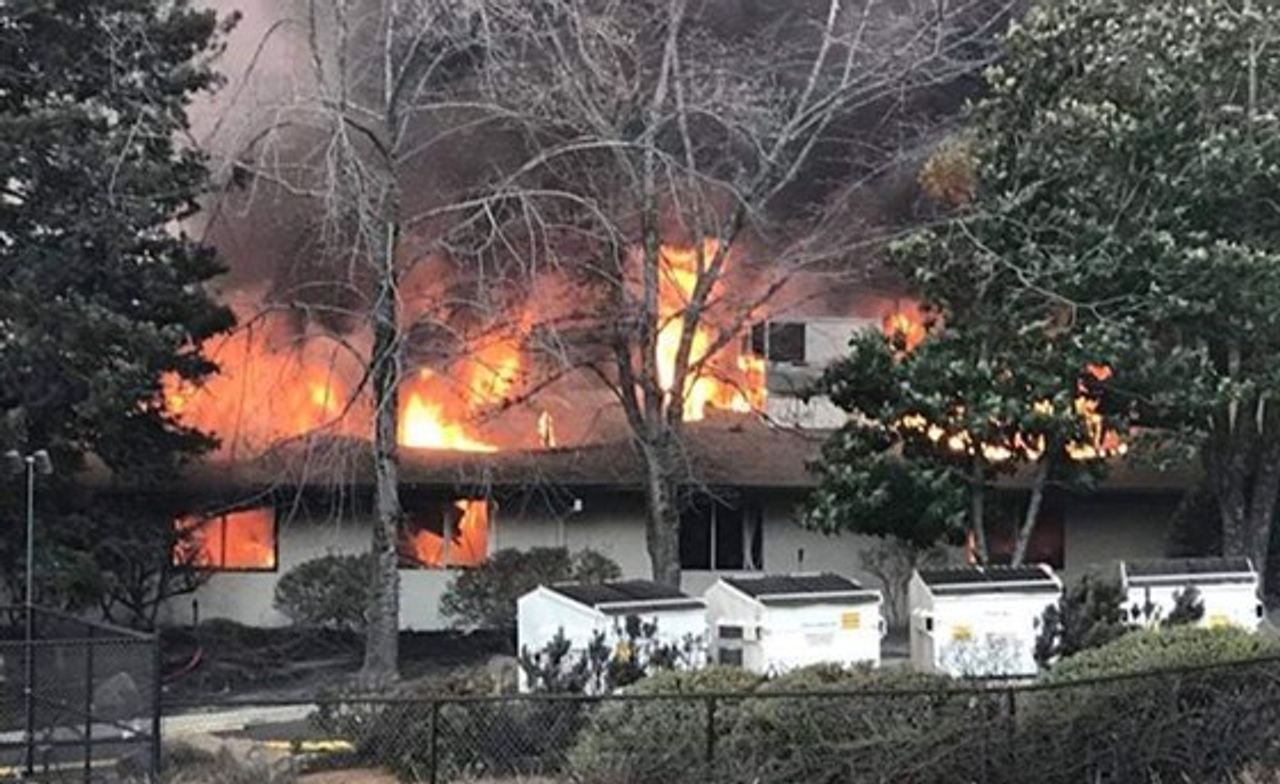 Emergency measures are required to address the consequences of disasters like the California fires and prevent similar catastrophes in the future. Housing needs to be built with fire resistant materials. Cities need perimeters [with] brush clearance, fire breaks and controlled burns to prevent fuel from accumulating. In the event of the unforeseen, modern technology needs to be leveraged to carry out rapid evacuations, and those affected need the resources to rebuild their lives as best they can.

Every such catastrophe raises the necessity for the massive mobilization of social resources based on scientific planning and social need. The fundamental barrier to taking even the most minimal measures, however, is the capitalist system, which subordinates all social and economic life to the profit interests of the corporate and financial elite.

31 DEAD IN WILDFIRES Crews searching the smoking ruins of Paradise and outlying areas found six more bodies, raising the death toll to 31, matching the deadliest wildfire in California’s history. Donald Trump weighed in over the weekend, blaming “forest management” for the disaster. Experts quickly pointed out that places like Thousand Oaks, Malibu and Paradise were not “forests.” [AP]