This 18 November 2018 CBS TV video from the USA says about itself:

More than 1,200 people are still unaccounted for in the Camp Fire, which has burned over 149,000 acres in Northern California. At least 76 people have been killed. Meg Oliver reports.

By David Brown in California:

The death toll from wildfires in California could rise to more than 1,000, which would make it one of the deadliest and most horrific disasters in modern American history. While the official number of dead from the Camp Fire in Northern California rose to 76 over the weekend, nearly 1,300 are listed as missing, many of them elderly.

Confirmed fatalities have only been added at around eight each day, as investigators meticulously comb through the destruction. Given the nearly 10,000 homes destroyed and the chaos of the evacuation, the final number killed will almost certainly be much higher. To this must be added the untold health consequences from the extreme air pollution that has spread throughout Northern California.

Due to the intensity of the fire, in many cases the only remains recovered are teeth or a human bone—making it difficult to identify victims. Many residents of the small California town of Paradise faced the last moments of their lives in the most horrific manner, as flames engulfed their homes or senior living facilities when they were still in bed. 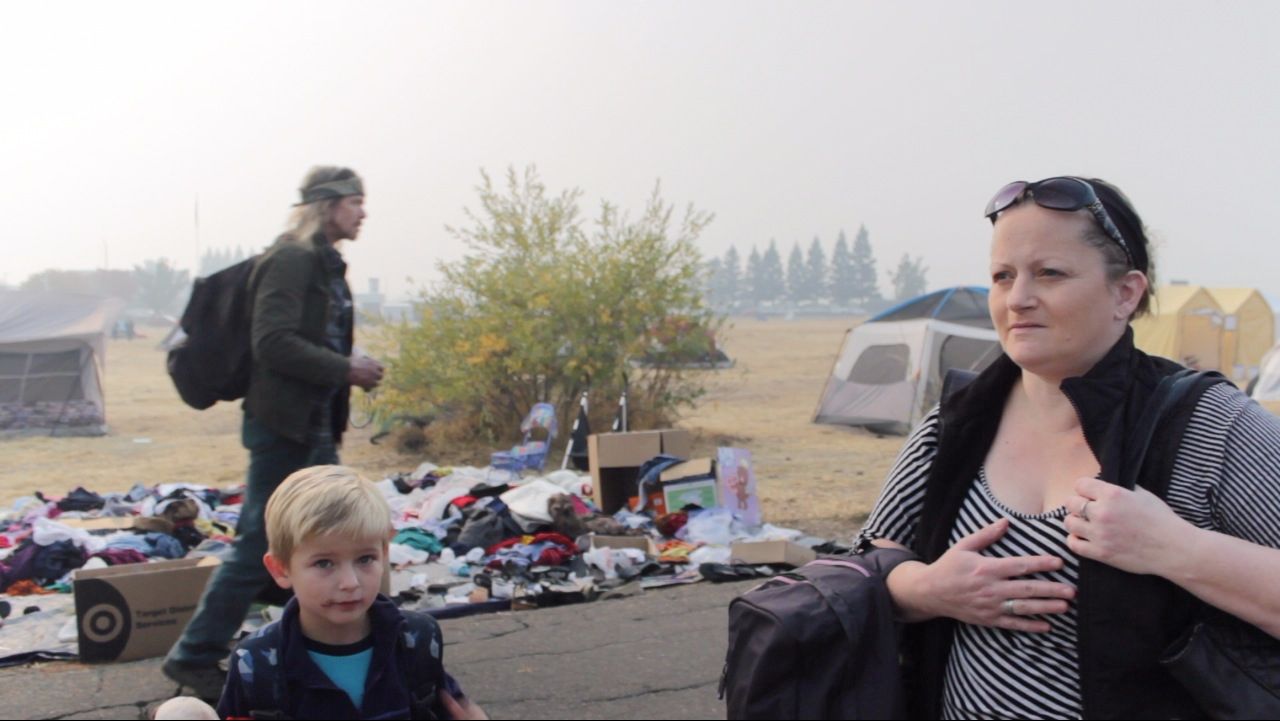 Samantha, whose father and step-sister both lost their family homes in the fire, told the World Socialist Web Site on Sunday, “There was no kind of warning or anything like that.” As for the death toll, she said, “I think it’s going to be with a comma”—that is, over 1,000.

In an attempt at damage control, President Donald Trump joined Democratic Governor Jerry Brown and Democratic Governor-Elect Gavin Newsom to tour affected areas on Saturday. Aside from the usual platitudes and vague promises about federal aid, none of the politicians had anything substantive to say about the disaster.

Trump fixated on “raking” the forests to clear out brush and prevent fires. Brown said that Californians living in high risk areas need to “build some kind of underground shelters.” Neither idea has any basis in fire management or emergency safety.

In a political circling of the wagon, Brown praised the response of Trump, who threatened last week to cut off federal funding to the state. “The president not only signed a presidential declaration giving California substantial funding, but he said and pledged very specifically to continue to help us, that he’s got our back”, Brown said on CBS’s “Face the Nation” program Sunday. “And I thought that was a very positive thing.”

The political establishment and media are extremely nervous about the social and political consequences of the disaster. There is growing popular outrage as details emerge pointing to the culpability of the state’s energy giants and government officials in creating the conditions for the deadly inferno.

Although high winds and low humidity drove to the rapid spread of the fire, there is nothing natural about the disaster. The human toll is the product of decisions by elected officials, government regulators and private utilities to maximize profits by risking the lives and property of ordinary workers.

The precise cause of the Camp Fire is still under investigation, but firefighters initially responded at 6:45 am to a fire by downed power lines at Poe Dam, owned by the local utility monopoly Pacific Gas & Electric (PG&E), 10 miles outside Paradise.

The company’s stock initially plummeted amid investor fears that the company would be found liable for the lives lost and billions in damages. PG&E is already facing liability of up to $17.3 billion for 16 wildfires sparked by its equipment last year that destroyed thousands of homes and killed 44. In 11 of those cases, PG&E was determined to have violated safety regulations.

In the 2010 San Bruno disaster, one of PG&E’s aging pipes running under a residential neighborhood exploded, killing eight people. 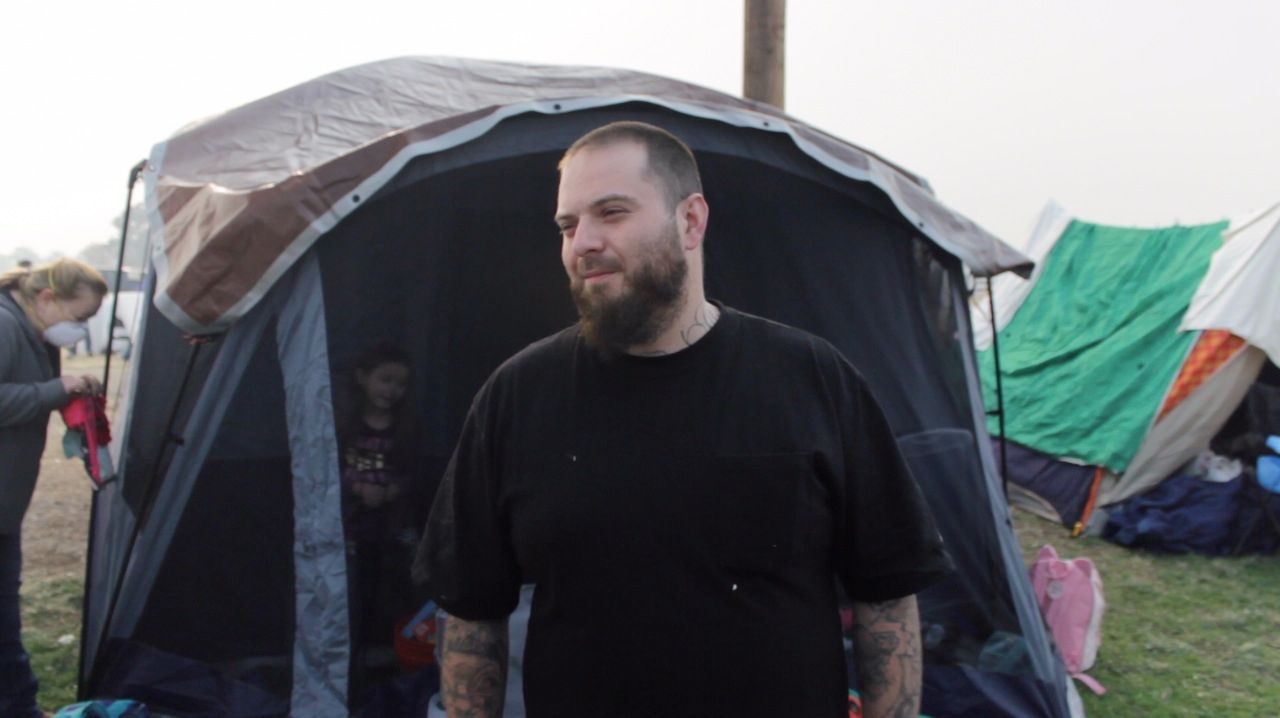 Michael, a home support services worker from Paradise, expressed the anger of many when he told the WSWS, “It’s insane we didn’t get a warning.” As for energy giant PG&E, Michael said, “I hated them before this fire, I hate them after this fire, I’ll hate them for the rest of my life.”

Michael and his family are currently living in a makeshift tent outside of a WalMart. Those without nearby family to take them in are living in such tent cities or crowded shelters across Butte County. Conditions in the shelters are difficult, and survivors were immediately struck by a norovirus outbreak sending at least 25 to the hospital.

Government officials have responded by attempting to defend the company. Michael Picker, the president of the California Public Utilities Commission (CPUC), held a private meeting with investors and analysts announcing that the state would not permit PG&E to go bankrupt and instead would limit their liability and allow them to cover losses with consumer rate hikes.

Picker then issued a public statement announcing that, as regulators, the CPUC needed to defend PG&E’s profits because “An essential component of providing safe electrical service is the financial wherewithal to carry out safety measures.” PG&E stock rebounded Friday at the news, rising 40 percent.

Picker based himself on the recently passed Senate Bill 901 backed by Democratic Governor Jerry Brown. SB 901 instructs regulators to reduce utility liability due to weather conditions and to take into account the company’s “financial status” when assessing damages. PG&E tripled its lobbying expenses to $1.7 million in the three months leading up to the vote. 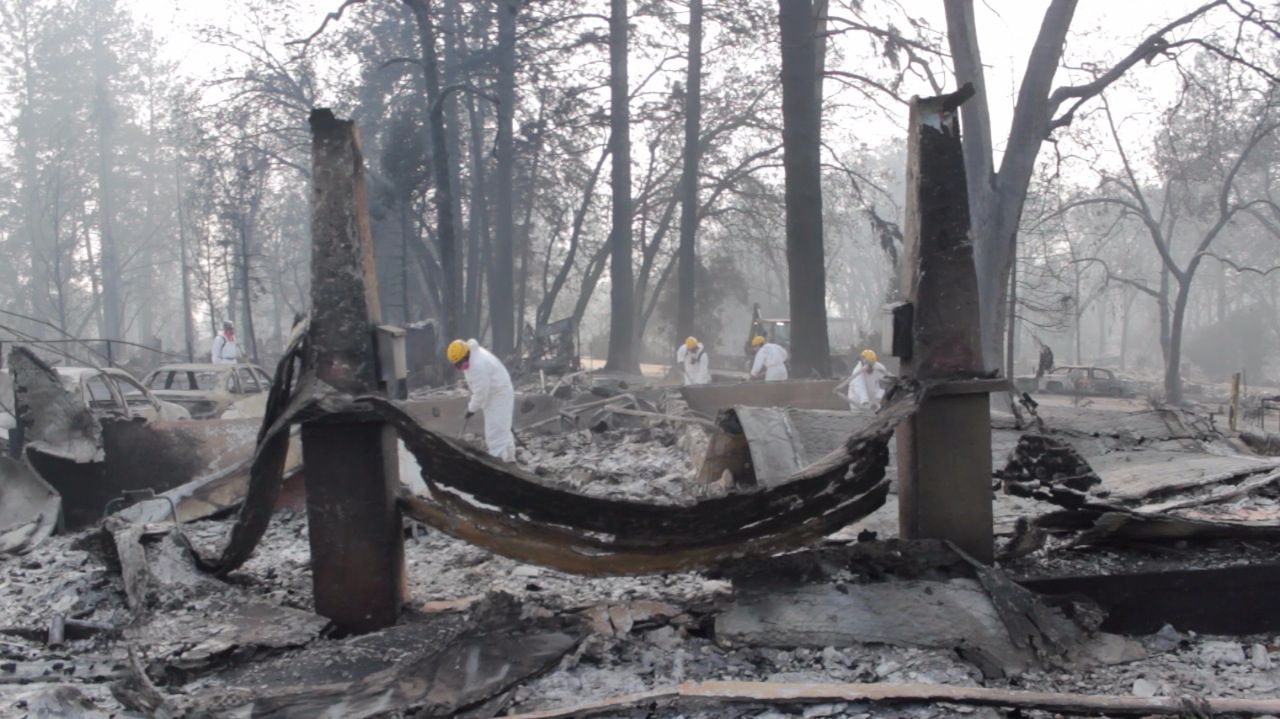 In addition to the role of PG&E, there is growing popular outrage over the lack of government planning for a disaster that was both foreseeable and foreseen. Officials issued an initial evacuation order for the easternmost part of Paradise at 7:45 and a city-wide order for over 26,000 people an hour later. Emergency officials never issued a system wide wireless emergency alert, instead relying on a privately-run Red Alert program that only notified residents who had signed up for it.

The Paradise Emergency Operations Director told the Los Angeles Times that no more than 30 percent of residents had opted-in. Many people never received official notice and had to hear from neighbors or see the approaching fire before trying to escape, only to find the evacuation routes overwhelmed.

Like countless other disasters, public officials knew the risk of a catastrophe and did nothing. In 2008, the Humboldt Fire approached Paradise from the Southwest and closed off three of the routes out of town, leaving panicked residents to try and escape on just a single two-lane mountain road. A 2009 grand jury investigation was convened to guide government planning and prevent a catastrophe. The report highlighted the lack of evacuation routes from the area.

Despite the report, no improvements were made that resolved the problem. Out of four roads to the south of Paradise, only one, the Skyway, has more than two lanes. The rest wind through the mountains without shoulders and are closely surrounded by easily burned vegetation. By the time the general evacuation order was made, one of these roads was already closed from the fire. The Skyway was only designed to carry 1,200 cars per hour. When tens of thousands tried to make it out, many were trapped.

Each and every death from the fires is an indictment of the capitalist system. There is no shortage of wealth in society to safely manage wildfires and put in place emergency response systems. However, that wealth is currently tied up in the hands of a small oligarchy. California is home to 144 billionaires, the largest of any state, holding a combined $725 billion in wealth.

CALIFORNIA DEATH TOLL STILL GOING UP The death toll from Northern California’s Camp fire has risen to at least 76 after search-and-rescue officials recovered five sets of remains over the weekend. [HuffPost]

HuffPost’s Jena Hatch, a reporter from Sacramento, is on the ground in California this week covering the Camp fire, which has quickly become the most destructive fire in the state’s history. Some of the refugees Hatch is talking to she’s known for years; others she’s meeting for the first time. She’s there with photographer Cayce Clifford, whose work you can see above and in Hatch’s stories. We asked Hatch about the trip: here.

FIRE SURVIVORS FACE MUDSLIDES California is expected to finally get some rain in the next couple of days ― bringing relief from the flames, but also a very real danger of mudslides. [HuffPost]

FINNISH PRESIDENT: TRUMP WRONG ON ‘RAKING’ The president of Finland said he didn’t talk to Trump about wildfires during their brief interaction earlier this month, contradicting the U.S. president’s assertion that the Scandinavian nation spent “a lot of time on raking and cleaning” their forests. Baffled Finns took to social media to mock Trump’s lie. [HuffPost]