This 13 November 2018 video from the USA says about itself:

The fast-moving wildfires in California – outside Los Angeles and up north near the town of Paradise – have now claimed the lives of at least 44 people. President Trump declared a disaster in the state, while 70,000 homes still remain in the inferno’s path of destruction. NBC national correspondent Miguel Almaguer reports for TODAY.

By Evan Blake and Ben McGrath in California:

As death toll rises to 48

The confirmed death toll from the Camp Fire in Northern California soared to 48 Tuesday night as officials continued a systematic examination of the destroyed city of Paradise. Hundreds of people remain missing and it is believed the death toll will continue to rise.

The wildfire broke out last Thursday morning and within hours had burned down the entire city of 26,000 people. No wireless emergency alert was issued and thousands of panicked residents clogged the roads trying to escape. An untold number of them did not make it. 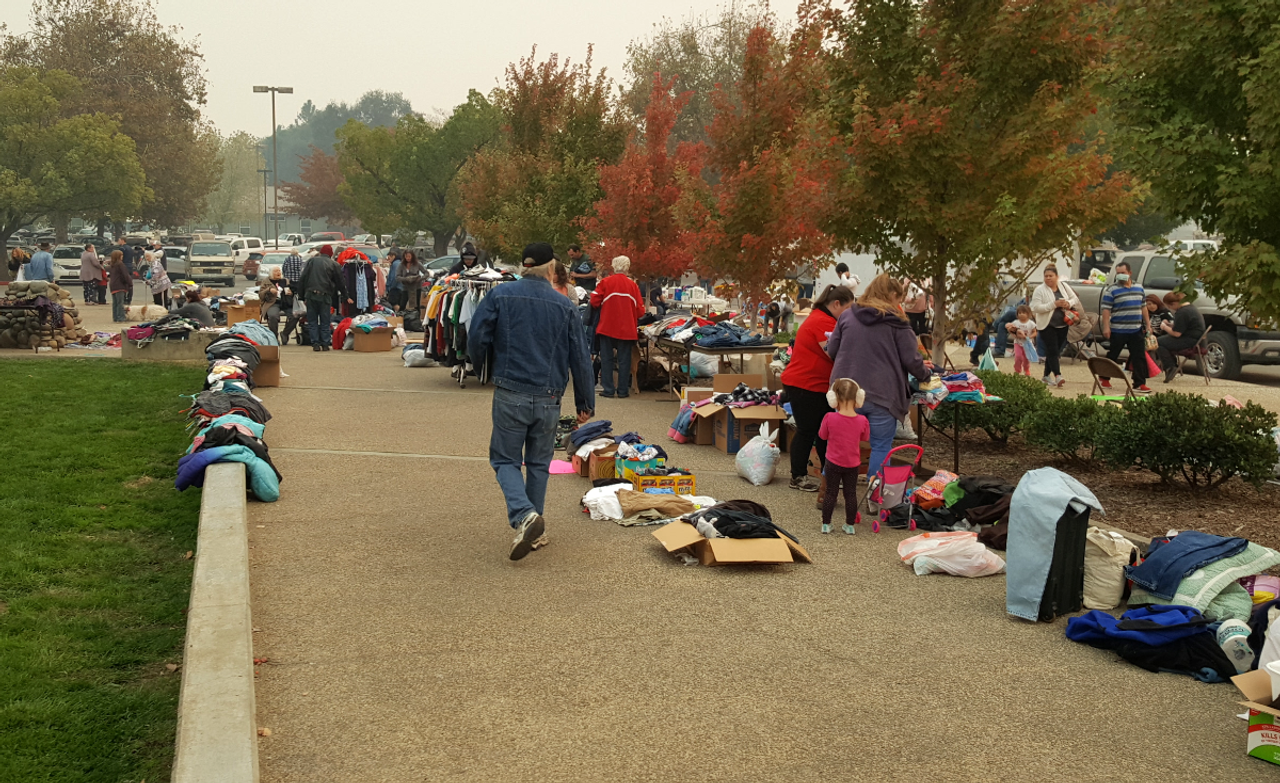 Reporters for the World Socialist Web Site traveled to the area on Monday and spoke with evacuees at shelters in the nearby cities of Orland and Chico. It became clear that a tragedy of horrifying dimensions unfolded Thursday, with those affected permanently scarred by their experiences. Most of those we spoke with predict the death toll will surge, with one stating, “They should probably add a zero to their current total.”

The total number of those killed may never be known. There are currently over 200 missing person reports from the fire, but those without close friends or family may never be reported. The destruction is so extensive that emergency responders will have a hard time finding all the victims. The Butte County Sheriff told reporters that in some cases “the fire burned so intensely” that the temperatures would “be high enough to completely consume the body.” 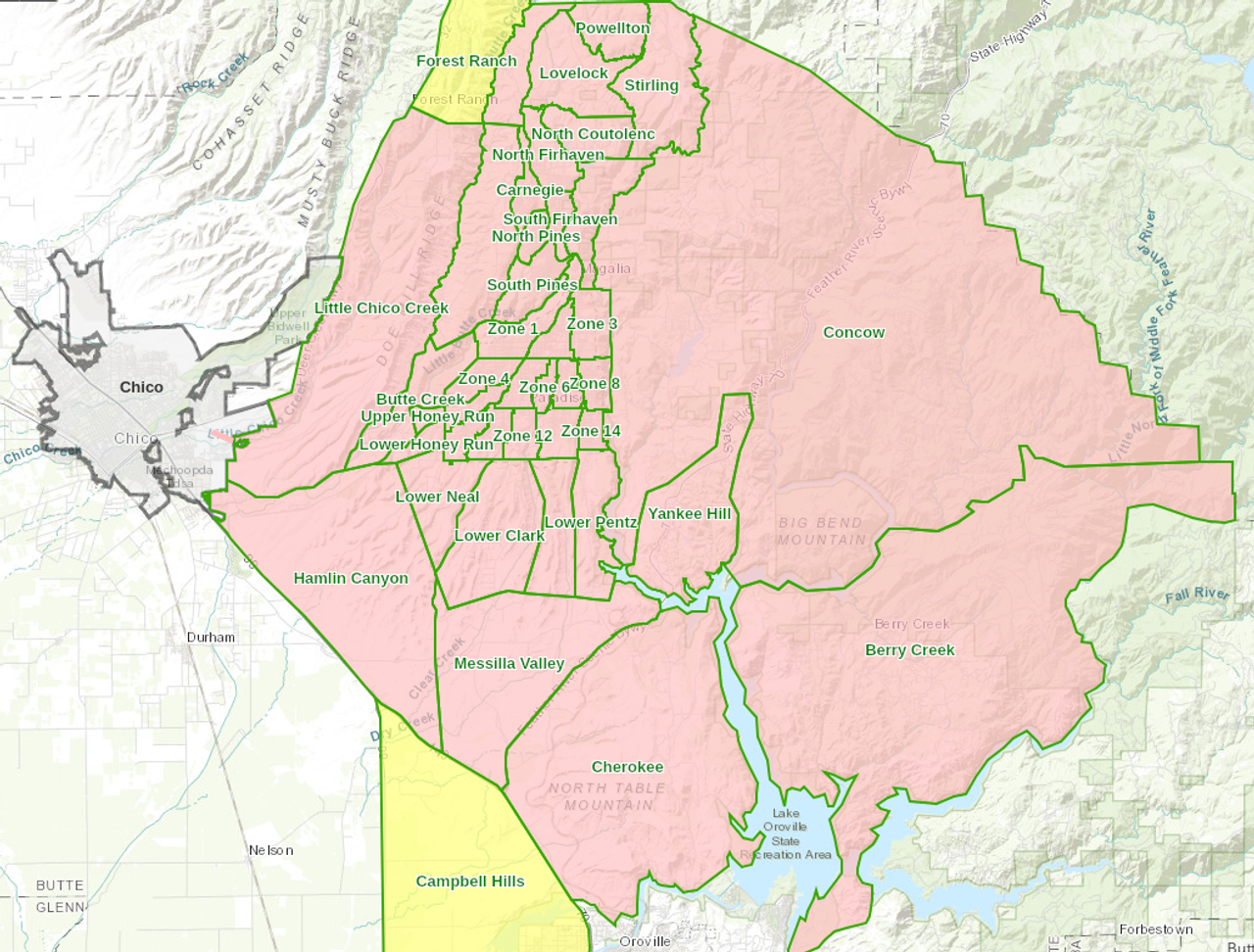 The Camp Fire has burned a total of 130,000 acres and officials say they expect it to be contained by the end of the month. It is joined by the Woolsey and Hill fires in Southern California, which killed two people and forced over 260,000 to evacuate in Ventura and Los Angeles counties.

The evacuees shared the common experience of insufficient warning, causing them to flee for their lives and endure hours of deadlocked traffic while flames engulfed their surroundings. They lost almost all their personal possessions. All expressed a strong sense of solidarity with fellow inhabitants of the region. At the Glenn County Fairgrounds in Orland, Robert Starling, a restaurant dishwasher, described his experience fleeing from the Camp Fire as it engulfed Magalia, a small town of over 11,000 residents that was hit shortly after Paradise. Starling awoke at 8:45 a.m. Thursday to a phone call from a friend, “panicking, telling us that we need to get out, that the whole town has been evacuated.” Starling told his girlfriend and they quickly left with nothing but their cat.

“We waited in line for hours,” Starling said. “We could see the fire burning everything up behind us. I made what I thought might be my last call to my uncle and told him that I loved him. The flames were in sight and coming up behind us, and I felt the need to call him and say my last words.”

Over the next three hours, Starling and his girlfriend drove at a snail’s pace to Sterling City and then Forest Ranch, from where they could see “Paradise and the whole area in flames and covered in smoke.” From there “it was a five hour ordeal just to get to Chico, which is normally a one hour drive.” They arrived in East Chico at 11:30 pm and stayed for roughly an hour, at which point they were forced to evacuate again to Orland, another three hour drive through heavy traffic. “The way the fire came through, as fast as it did, was unreal”, he said. “It was apocalyptic, like something you’d see in a movie. My place went up in flames with no insurance. Now I’m probably permanently homeless. I don’t know how we’ll recover from here.”

Starling condemned the city of Paradise for not sufficiently preparing residents for such a catastrophe. He said, “The authorities didn’t have time to alert us, and no one came to tell us that the fire was coming, which made me really disappointed that we didn’t have a fire alarm system. Paradise really failed us in this regard.”

Expressing the sentiments of thousands of evacuees and millions of Americans, Starling declared his disgust with state and federal politicians, who he feels have betrayed workers for many years. “I know so many people that haven’t gone out to vote on any topic for the last ten years,” he said. “For me personally, the fact that there isn’t someone who speaks for the working class has prevented me from voting.”

He continued: “This country has failed. We need to have an overhaul. I don’t know how it’s going to be done, if it’s going to take another revolution. If it is, it will be less like the 1960s and ’70s, and more like the early American revolt, where it was deadly. Things like this will make people mad, and instill enough drive to do it.”

Antonio and Amanda Sanchez, along with their young daughter, escaped the fire that destroyed much of Magalia, including their home. Antonio works for Taco Bell, while his wife receives disability benefits. “I woke up at 9 o’clock and we were gone by about 9:30”, he said. “I got a call from a friend in Oroville saying are you evacuating”, Amanda said. Antonio added, “There was zero official warning for us.”

As the discussion turned toward the political aspect of the tragedy, the WSWS pointed out that PG&E (Pacific Gas & Electric) violated state fire prevention laws in 11 out of 16 cases in which their equipment sparked wildfires last year. Antonio responded, “They need to be held accountable. That right there just pisses me off. That and the fact that when they get sued, the customer pays for it.”

When the issue of the $716 billion US military budget was raised, he said, “The money is going in the wrong direction.”

WSWS reporters also spoke to Marion Gorr at the Neighborhood Church in Chico, which is being used as an evacuation shelter. Marion is a teacher at the K-12 Home Tech charter school in Paradise and came looking for her students, many of whom she knew would be displaced.

She described the conditions facing youth in the area, where some 80 percent of students at her school receive free or reduced-price lunches. She said, “Many of the students have a hard time going to school, and they were going to have a hard time getting out during the evacuation.”

Paradise, like many rural towns, is significantly poorer than the rest of California, as are surrounding towns in Butte County that were devastated by the fire, such as Magalia. The median household income in Paradise last year was only $47,500, a full $8,000 less than the national figure and $20,000 less than California overall.

Those directly impacted by the fire are largely still in shock, trying to make sense of the sudden loss of their whole community. Beneath the shock a mood of anger over the indifference of the state and federal government to their suffering is building.