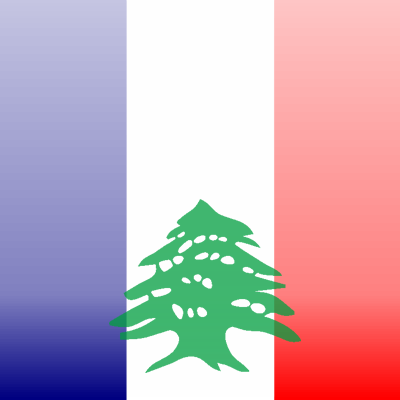 This is a ‘twibbon’ expressing solidarity with both the French and Lebanese victims and survivors of ISIS violence. You can put it on your Facebook or Twitter account here.

This ‘twibbon’ was made when many people very correctly commemorated the victims of ISIS terrorism in France. The mourning also included authorities in NATO countries. These NATO countries’ and other establishment authorities (including Facebook bosses) then ‘forgot’ to mourn the victims of ISIS and similar terror in, eg, Syria and Lebanon. To make up for that, a non-establishment grassroots internaut made the ‘twibbon’.

And now, with the bloody bombing in the metro in St Petersburg in Russia … it looks like the authorities in NATO countries only mourn victims of terrorism if these civilian victims lose their human lives in fellow NATO countries or in countries which are military allies of NATO.

Metro blast Paris’s sympathy fails to get an echo elsewhere

The mayor made the announcement in a tweet that carried the hashtag #noussommesunis (weareunited).

Russian media had drawn attention yesterday morning to the failure of France, Germany and other states to repeat other tributes carried on public buildings to show solidarity with civilians targeted by terrorist groups.

Ms Hidalgo’s belated but welcome gesture was not emulated by officials in Berlin, who were criticised for deciding not to bathe the Brandenburg Gate in the colours of the Russian flag.

The Berlin authorities insist that London, Paris, Brussels and Istanbul are Berlin’s official partner cities, but cannot explain why the gate was also lit up with the relevant colours after attacks in Jerusalem and Orlando, Florida, but not St Petersburg.

The Kyrgyzstan state committee for national security confirmed the man’s identity and pledged to help the Russian probe.

The death toll from the atrocity rose to 14 yesterday, with 49 people still in hospital.

The city hall said that there were several foreign nationals among those killed and injured but gave no further detail.

The investigators also said that forensic experts had found the suicide bomber’s DNA on a bag containing a device found and deactivated at another station on Monday.

Residents have been bringing flowers to the stations near where the blast occurred.

Every corner and window sill at the ornate Soviet-built Sennaya Square station was covered with red and white carnations yesterday.

The driver of the bombed train, Alexander Kavernin, who has worked on the metro for 14 years, said that he had heard the blast, called security and carried on to the next station as emergency instructions prescribe.

“I had no time to think about fear at that moment,” he said.

His decision to keep moving was praised by authorities, who said that it had helped evacuation efforts and reduced danger to passengers who would have had to walk along the electrified tracks.