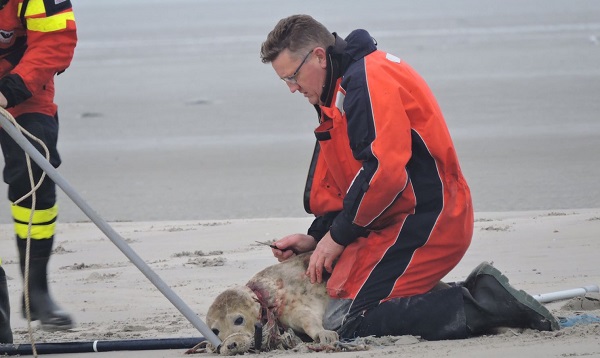 It was a resolute action by the crew of the ship Krukel. They managed to free a young harbour seal of a rope which had got stuck around its neck. Despite the fact that the rope was pretty tight the seal was not injured, allowing them to release it immediately after cutting the rope. This time things went well but unfortunately waste at sea frequently produces problems for wild animals.