This is a video about a sociable lapwing (and spur-winged lapwings) near Eilat in Israel.

A Sociable Lapwing (Vanellus gregarius) observed last November at Lebna Reservoir, Cap Bon, northern Tunisia by Csaba Pigniczki and Mohamed Ali Dakhli. The team were surveying the coastal wetlands of Tunisia (from Bizerte to Zarzis) to count and read the colour-rings of the wintering Eurasian Spoonbills (Platalea leucorodia) among other things. This is the second observation of this rare species in Tunisia, the first one was in March 1975 near Tabarka.

The Sociable Lapwing is listed as Critically Endangered in the IUCN red list, and breeds in Russia and Kazakhstan and winters in Sudan, eastern Arabian Peninsula, Pakistan and India. It is a rare visitor to the western Mediterranean region.

Thanks to both birdwatchers for the observation! 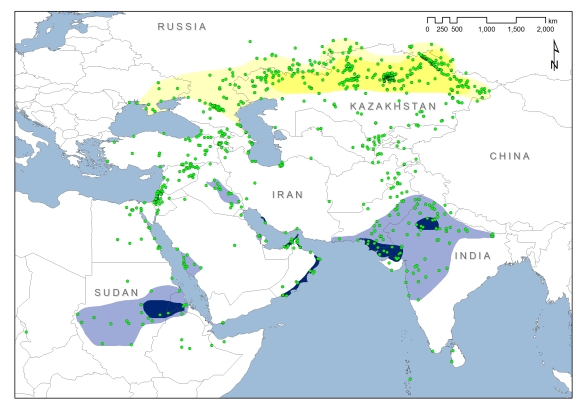