Some common birds of The Gambia, filmed in and around our hotel. 20 species are shown, many attracted by the water used to irrigate the gardens during the dry season. Includes coucals, weaver birds, vultures, kites, shrikes, egrets, hornbills, starlings and finches.
Music by ‘Crismuzic’.

Some common birds of The Gambia, filmed in woodlands and wetlands. Filmed in the coastal forest and mangrove swamps. Describes another 20 species including egrets, herons, bee eaters, gulls, and five types of kingfisher. Music by ‘Crismuzic’.

In between our two times with the Tanji beach birds, we were at Tujerang Woods in the Gambia.

A common bulbul in a bush.

Then, a small brown-backed woodpecker, pecking at a tree. 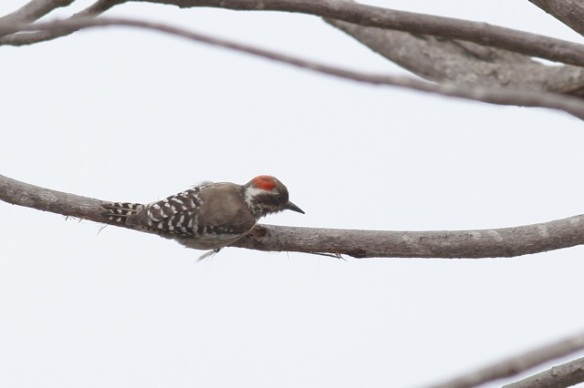 Then, a migrant from southern Europe: a subalpine warbler in a tree with orange flowers.

This is a video of a subalpine warbler vagrant in Sweden.

And here is a photo of the Tujerang Woods subalpine warbler.

A red-billed hornbill on the footpath.

Village weavers in a tree with yellow drinking tanks for birds.

Not far away, another European bird spending the winter here: a chiffchaff.