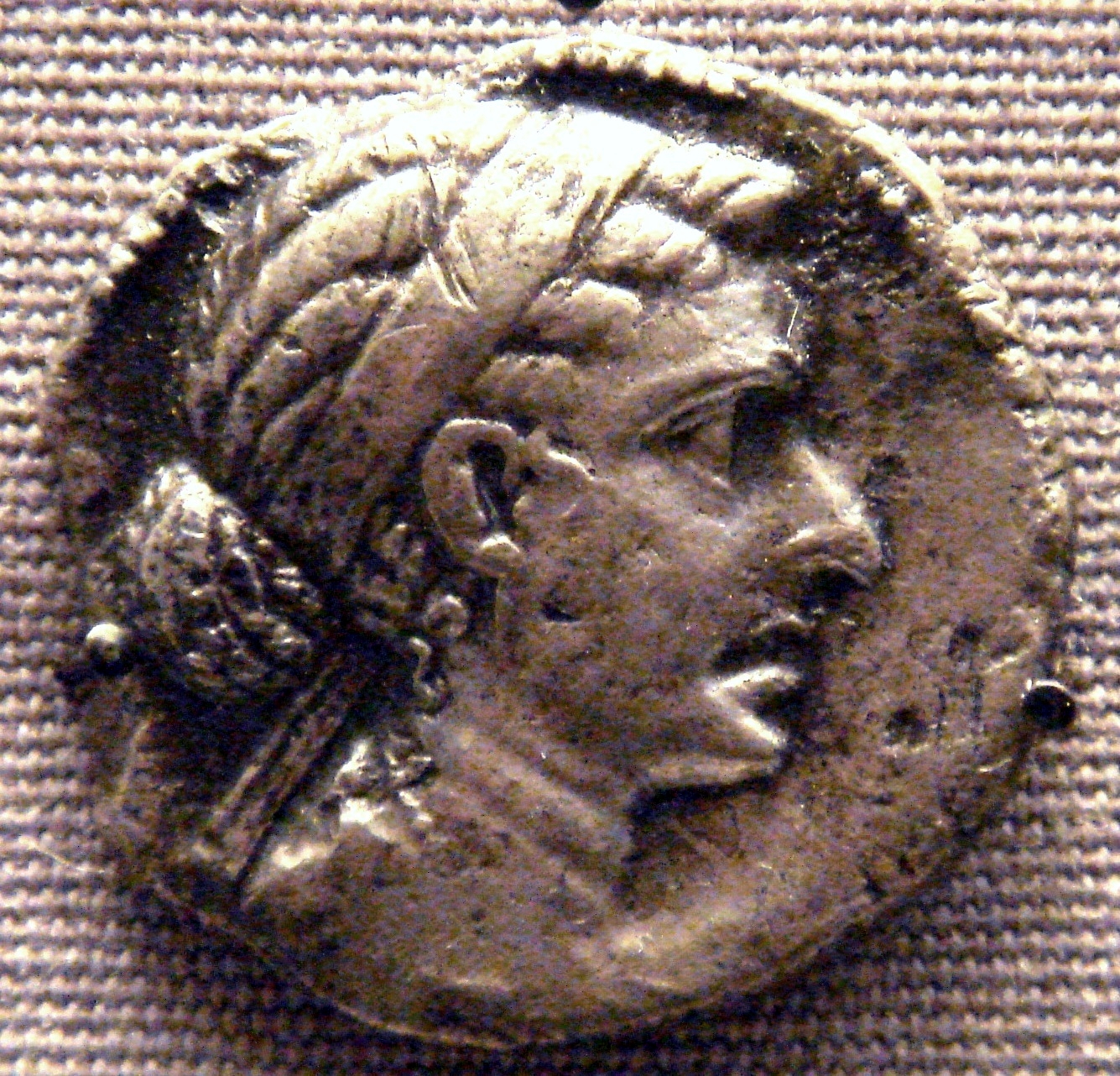 From CBC in Canada:

Mark Antony and Cleopatra — one of history’s most famous romantic couples — were not the beauties immortalized in prose and portrayed in film, according to a 2,000-year-old coin bearing their likenesses.

Academics at Britain’s Newcastle University studying the Roman denarius coin say the Roman politician and Egyptian queen bore little resemblance to Richard Burton and Elizabeth Taylor, the actors who portrayed them in the 1963 film Cleopatra.

“The image on the coin is far from being that of Elizabeth Taylor and Richard Burton,” said Lindsay Allason-Jones, director of archeological museums at the university, recalling the film that ignited the tempestuous romance between the two stars.

According to the likenesses on opposite sides of the coin, Mark Antony had bulging eyes, a thick neck and a hooked nose, while Cleopatra had a sharp nose, a chin pointing upwards and thin lips.

It’s not the first time images of Cleopatra have turned up showing a less-than-flattering version of the famous Egyptian queen.

But the public perception of her as a physically attractive woman has in part endured because of her legendary charisma.

As the Roman writer Plutarch wrote, “her actual beauty, it is said, was not in itself so remarkable that none could be compared with her.”

“But the contact of her presence, if you lived with her, was irresistible; the attraction of her person, joining with the charm of her conversation and the character that attended all she said or did, was something bewitching.”

Allason-Jones concurs, saying the image of Cleopatra as a seductress is a more recent image.

“Roman writers tell us that Cleopatra was intelligent and charismatic, and that she had a seductive voice but, tellingly, they do not mention her beauty,” she told the BBC.

The coin from 32 BC would have been issued by the mint of Mark Antony.

It went public on display Wednesday at the university’s Shefton Museum.

Of course, beauty is in the eye of the beholder.

And ideas on it vary throughout history.

Also, the extent of accuracy of the coins as portraits is a point here.

How the Battle of Actium Changed the World: here.