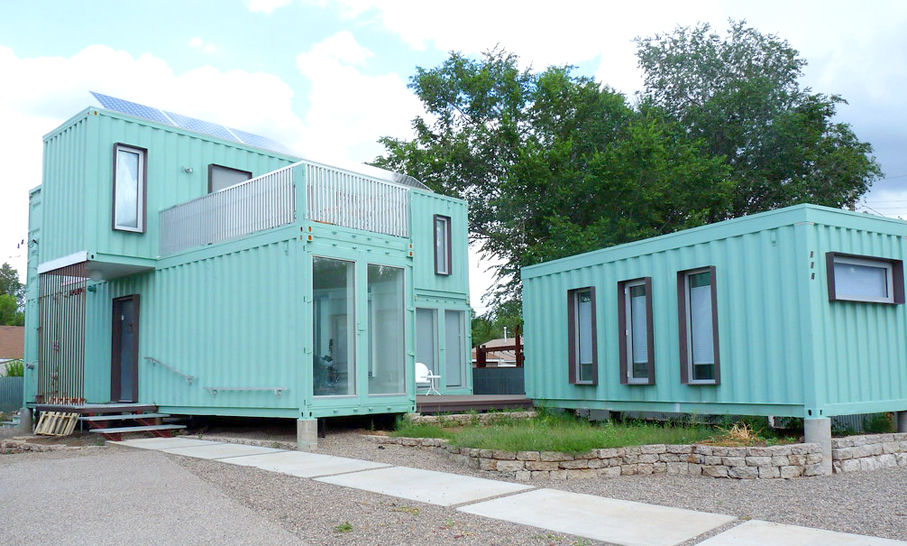 TENS of thousands of homeless children in England are ‘temporarily’ housed in converted shipping containers and office blocks, freezing in winter, sweltering in the summer, often for months or even years on end, it was revealed yesterday.

While official statistics show 124,000 children in England living in temporary accommodation, this does not include the 92,000 hidden homeless children who are ‘sofa-surfing’, often in very cramped conditions, said the report.

It reveals that the shipping containers being used to house homeless families are often located in industrial estates or on ‘meanwhile sites’ – land earmarked for future development but currently not in use.

Children and families quoted in the report talked about how moving away from an area can have a deeply disruptive impact on family life.

For children, moving area might mean a new school, no longer being able to see their friends or go to the places they are used to. Travel costs might also increase as children have to travel further if they stay at the same school.

Children and parents spoke about the cramped, overcrowded conditions (particularly in B&Bs where families often share one room), which leave little room for furniture and possessions, let alone space in which children could play.

Lucy, a homeless single mother in her early 20s, was housed an hour away from her local area in London in a room with no basic furniture, where she stayed with her two-year-old son for 11 months.

She said: ‘They put me in a small room in an office block which had been converted into flats. It was in an industrial estate in the middle of nowhere. The cars and lorries would whizz around really fast. It was very noisy and it felt unsafe to walk to the shops.’

Anne Longfield said: ‘Something has gone very wrong with our housing system when children are growing up in B&Bs, shipping containers and old office blocks.’

Simone Vibert, Senior Policy Analyst at the Children’s Commissioner’s Office, and author of the report, said: ‘Trapped by increasing rents and an unforgiving welfare system, there is very little many families can do to break the cycle of homelessness once it begins.

‘Preventing homelessness from happening in the first place is crucial. Yet government statistics fail to capture the hundreds of thousands of children living in families who are behind on their rent and mortgage repayments.’