This 8 August 2019 video from the USA says about itself:

It was once believed that police killings were the 14th leading cause of death among young people. However, a new Rutgers University study by Frank Edwards, which used federal statistics and journalistic investigation found that the death rate is far higher now. We discuss the research with Frank Edwards.

From Amnesty International in the USA today:

The Amnesty International travel advisory for the country of the United States of America calls on people worldwide to exercise caution and have an emergency contingency plan when traveling throughout the USA. This Travel Advisory is being issued in light of ongoing high levels of gun violence in the country. 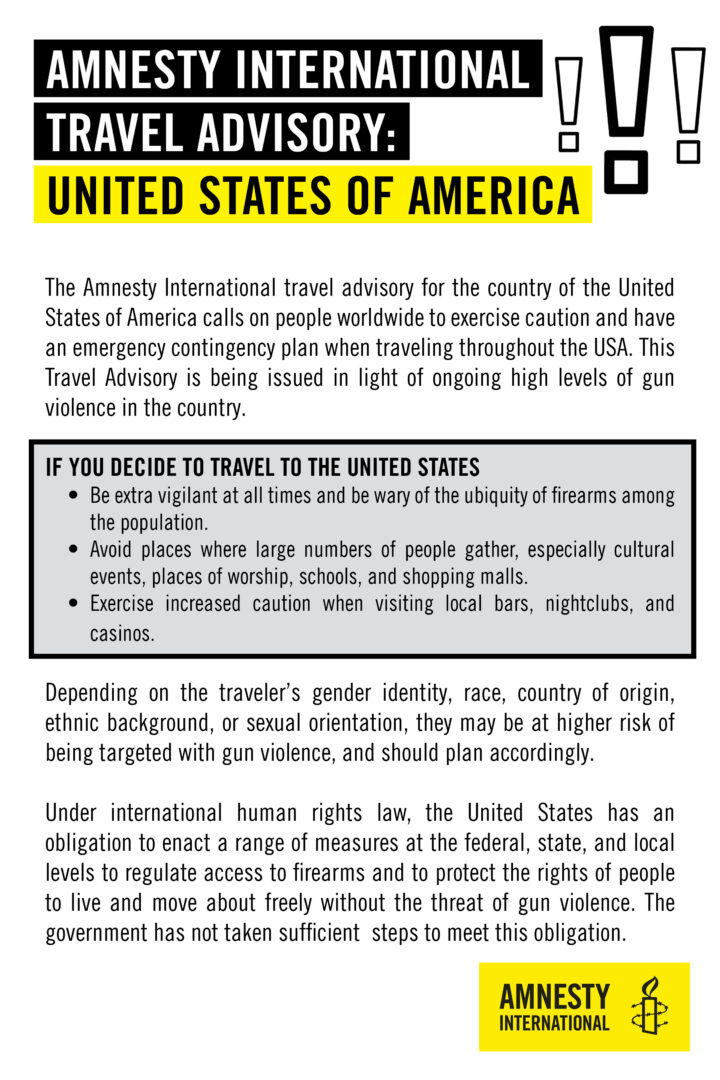 Racist words and acts, like the El Paso shooting, harm children’s health. U.S. pediatricians are tackling racism as a public health issue that can take a lifelong toll. By Aimee Cunningham, 3:37pm, August 6, 2019.

4 thoughts on “Travelers to USA, be careful, Amnesty says”