Thousands of protesters have filled the streets, demanding the resignation of Puerto Rico‘s governor. David Begnaud is with them, and reports from San Juan.

Mass protests have erupted throughout the island of Puerto Rico demanding the resignation of Governor Ricardo Rosselló after 889 pages of text messages from the governor’s phone were leaked to the public by the Center for Investigative Journalism. 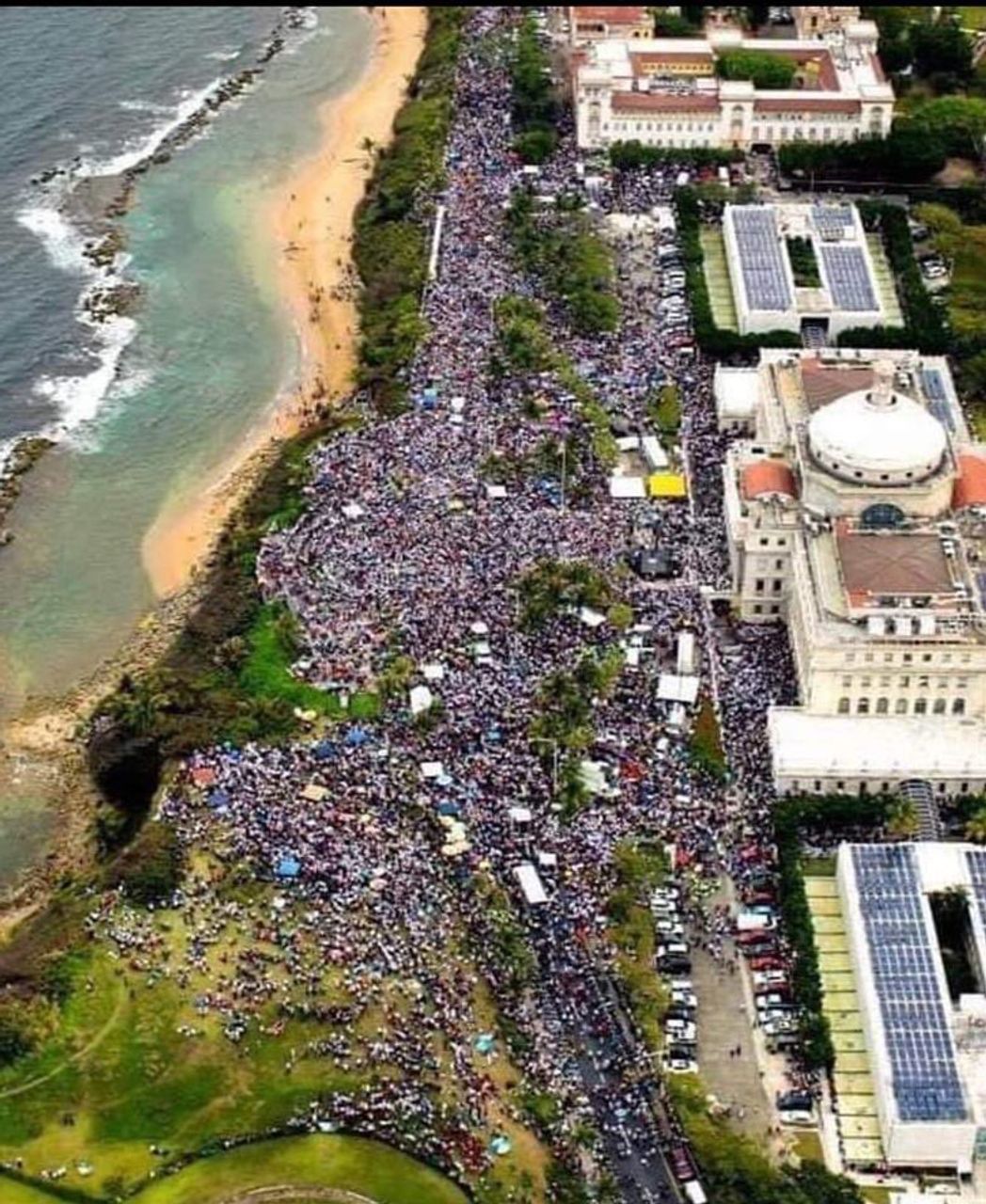 Police in riot gear have been firing tear gas, pepper spray, and rubber bullets at thousands of protesters outside of governor Ricardo Rosselló’s mansion, La Fortaleza, and throughout San Juan as the public outcry grows more intense. Dozens have been arrested during several days of protests. 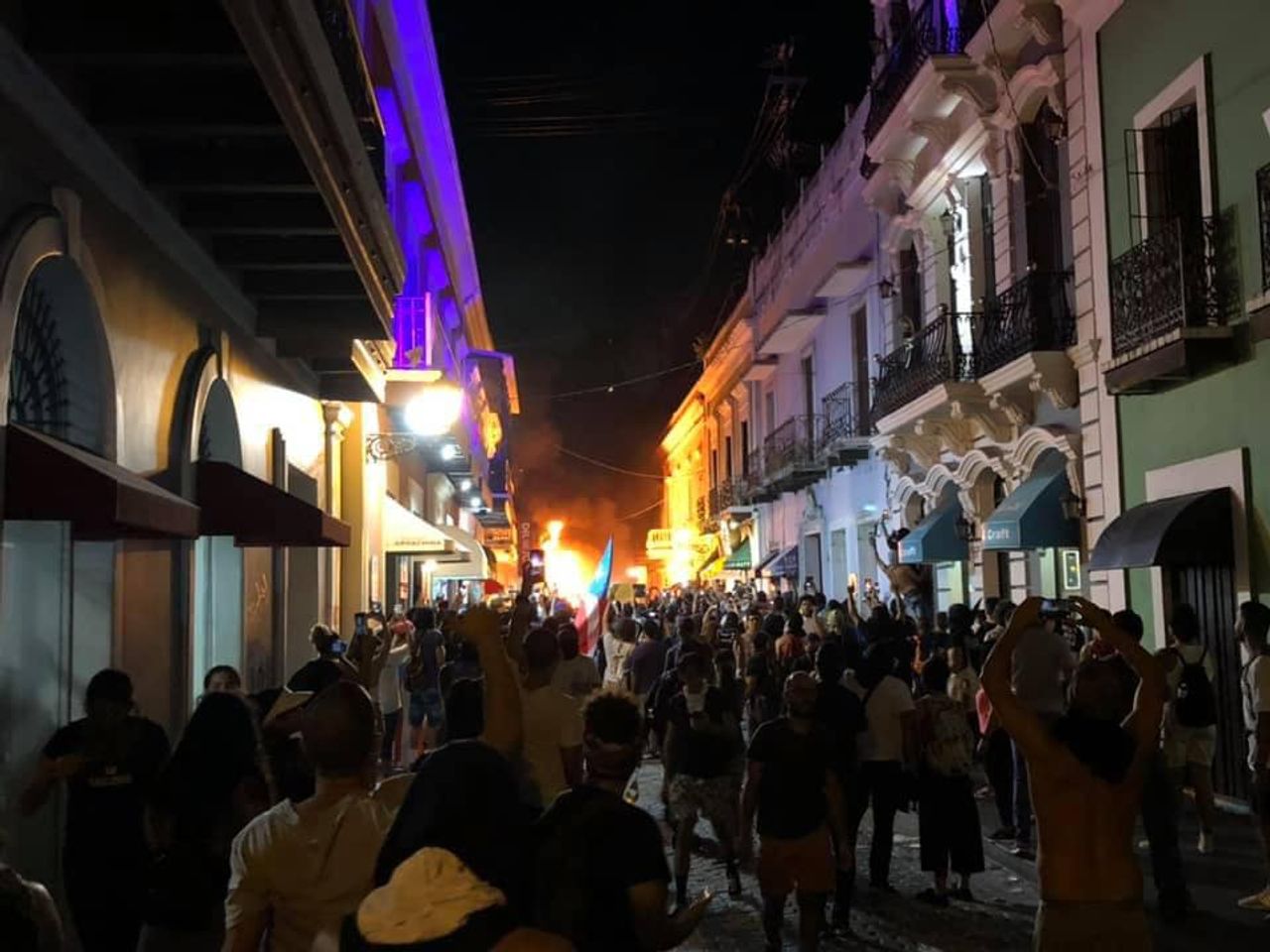 The leaked messages from the governor’s chat group graphically confirm what everyone on the island already knows: that the Rosselló government conspired to downplay the death toll resulting from Hurricane Maria in September 2017, and used the catastrophe to push through long sought after privatization schemes and austerity measures to benefit Wall Street at the expense of the working class.

In one exchange with Sobrino Vega, the former chief financial officer of the island and the governor’s representative to the Financial Oversight Board, Rosselló asks about the budget for forensic pathologists. Vega responded with a joke about
the growing pile of dead bodies at the morgue in the aftermath of Hurricane Maria, writing, “Now that we are on the subject, don’t we have some cadavers to feed our crows?”

Aside from the blatant corruption, the exchanges are also noteworthy for their vulgar and violent character. In another exchange with the Vega the two made jokes about shooting San Juan Mayor Yulín Cruz with Vega writing: “I am salivating to shoot her.”

“You’d be doing me a grand favor”, Governor Rosselló responded.

At one point, the governor writes that Yulín Cruz must be “off her meds” by deciding to run against him.

“Either that, or she’s a tremendous HP”, he said, using the Spanish acronym for “son of a bitch.”

In further exchanges it is shown that Ramon Rosario, secretary of public affairs, sent a photo of a protest organized by the Unión de Trabajadores de la Industria Eléctrica y Riego (UTIER) in front of the office of the Puerto Rico Electric Power Authority (PREPA), a public utility which was threatened with privatization in the aftermath of the Hurricane.

In the text, Sobrino said, “let them destroy it.” Sanchez Sifonte, representative of the government before the Financial Oversight Board, replied, “one less building we have to shut down. Thanks Utier.”

The texts are full of childish and profane to outright gangster-like statements. Almost all parties involved in the text exchanges—Secretary of State Luis G. Rivera Marín, chief financial officer Christian Sobrino, Miranda, and others—have either resigned or have been fired, with the exception of Rosselló.

Seemingly unabashed by the exposure of his administration’s contempt of the population, Rosselló has publicly refused to step down, stating, “I have not committed any illegal acts, or corrupt acts. I committed an improper act.” Some news outlets are even reporting that he still plans to run for reelection in 2020.

The response from workers, young people and other sections of the population has been unrelenting. The revelations immediately sparked widespread protests throughout the island and in cities on the US mainland such as Miami, Chicago, and Washington DC, which are home to millions of Puerto Ricans who have emigrated from the island over the last decade to escape immense poverty. 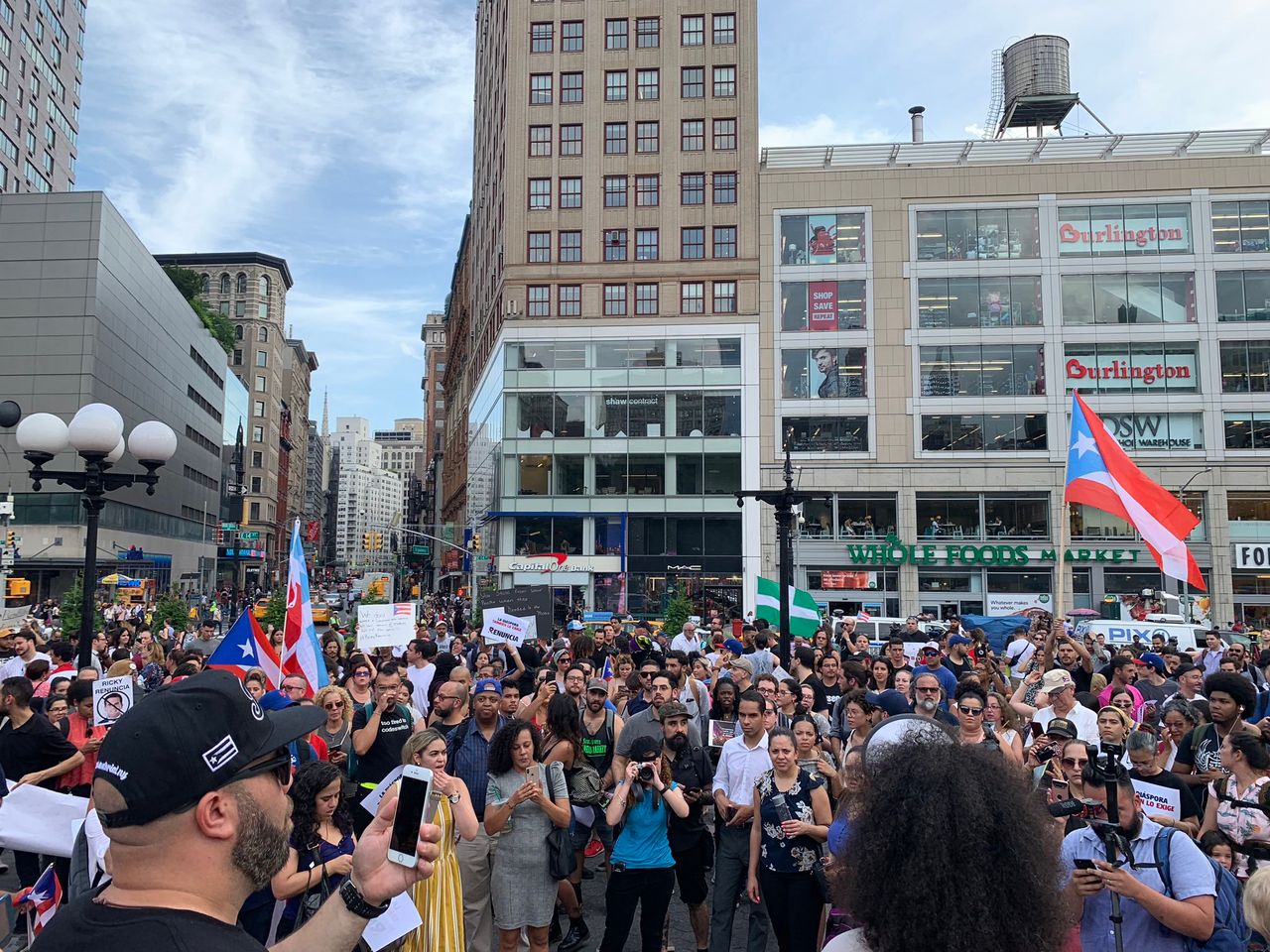 Protesters everywhere chanted “Resign Ricky! And take the Junta [financial control board] with you!” and “We outnumber you! And we aren’t scared!” as they marched through the streets.

Puerto Rican artists such as Benito Ocasio (Bad Bunny), Residente, and Ricky Martin—who Rosselló targeted with homophobic remarks—said they plan to join the protests. “I’m urging everyone to get out and protest,” Bad Bunny stated. “The system for years, decades, has taught us to keep quiet. It has manipulated our opinions, the press, and it has made us believe anyone who protests is crazy or a criminal.”

While the text messages certainly sparked the recent protests, social tensions on the island have long been reaching a boiling point. The deep austerity measures implemented in the aftermath of the 2008 financial crash created devastating economic and social conditions. Millions have suffered from poverty and unemployment, education and social services have been run into the ground, and workers’ pensions and wages have been brutally attacked. The Obama administration in particular played a decisive role in financially strangling the Puerto Rican working class with the PROMESA Act, which created the Financial Oversight & Management Board—a virtual dictatorship of the banks.

The systematic undermining of public infrastructure left the population vulnerable to Hurricane Maria in 2017, which wiped out large sections of the US territory, killing thousands of people. Completely unprepared for the disaster, the island suffered a blackout that lasted for eleven months, unprecedented in modern US history. The working class suffered the hardest blow. Without access to basic necessities, such as health care, sanitation, transportation, communication, education and employment, thousands needlessly died.

The real death toll, according to a Harvard University study, was closer to 5,000, nearly 80 times the official toll of 64 admitted by Rossello and the Trump administration. After the release of the 2018 study, the government revised its count to 2,975.

The Rosselló government, working hand in hand with the Trump administration and the Democratic Party, took the opportunity to implement long-standing plans, including sweeping privatizations, the shuttering of dozens of schools, the looting of pensions, and other brutal austerity measures.

The leaked text scandal comes just days after the island’s former Secretary of Education Julia Keleher and others in the administration were arrested in an FBI probe. The officials are being indicted on charges of laundering $15.5 million of federal money between 2017 and 2019. Keleher was responsible for closing over 263 public schools—20 percent of the island’s public schools—and replacing them with charter schools, which were illegal until 2018.

This provoked strikes and mass protests by teachers, parents and students against Keleher who has close ties to Trump’s education secretary, Betsy DeVos. Keleher referred to the island’s education system as a “laboratory” to test the DeVos’ model of promoting private school vouchers and charter schools while she closed 20 percent of the island’s public schools and laid off 5,000 teachers.

Just days before the text messages were leaked it was announced that Puerto Rico’s $124 billion “debt restructuring plan” is in its final stages. The plan, designed to squeeze as much money as possible from the working class, targets the already looted pension system, slashing 39 percent of retiree pensions throughout the island. Current employees will be moved to a private insurance plan. However, this proposal does not go far enough for the island’s creditors, who are preparing to challenge the plan in the courts to demand even further measures be taken.

Rosselló’s group texts reveal the contempt and hatred of the working class shared by every section of the corporate and financial elite and their political servants.