From Congresswoman Barbara Lee in the USA today:

Indefinite detentions do not promote our democratic ideals and the ongoing use of the U.S. detention center at Guantanamo Bay is an affront to American values. President Obama has asked Congress to work with him to shut it down – join his call for action now. 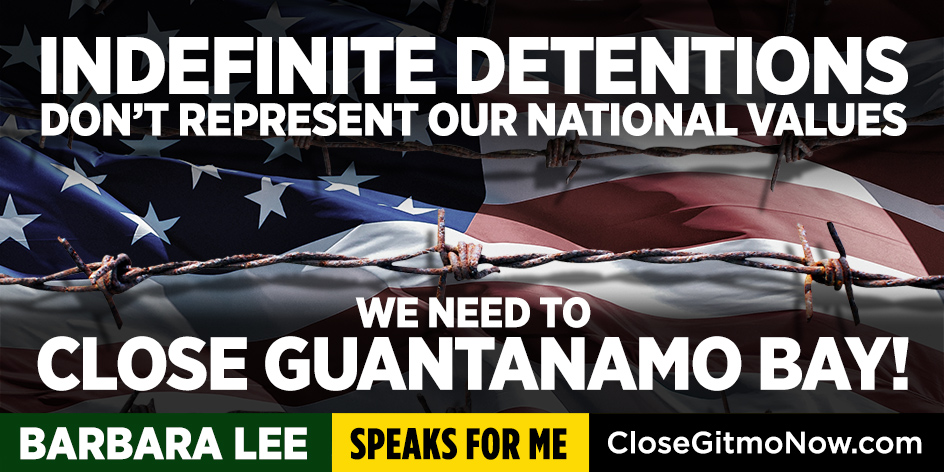 This is about more than values. Our use of Guantanamo Bay is serving as a recruiting tool for terrorists. Congress’s failure to close Guantanamo is jeopardizing our national security. Americans don’t have to accept this. We need to speak up.

You can join President Obama in asking Congress to advance our values and our security. Add your name to demand action.