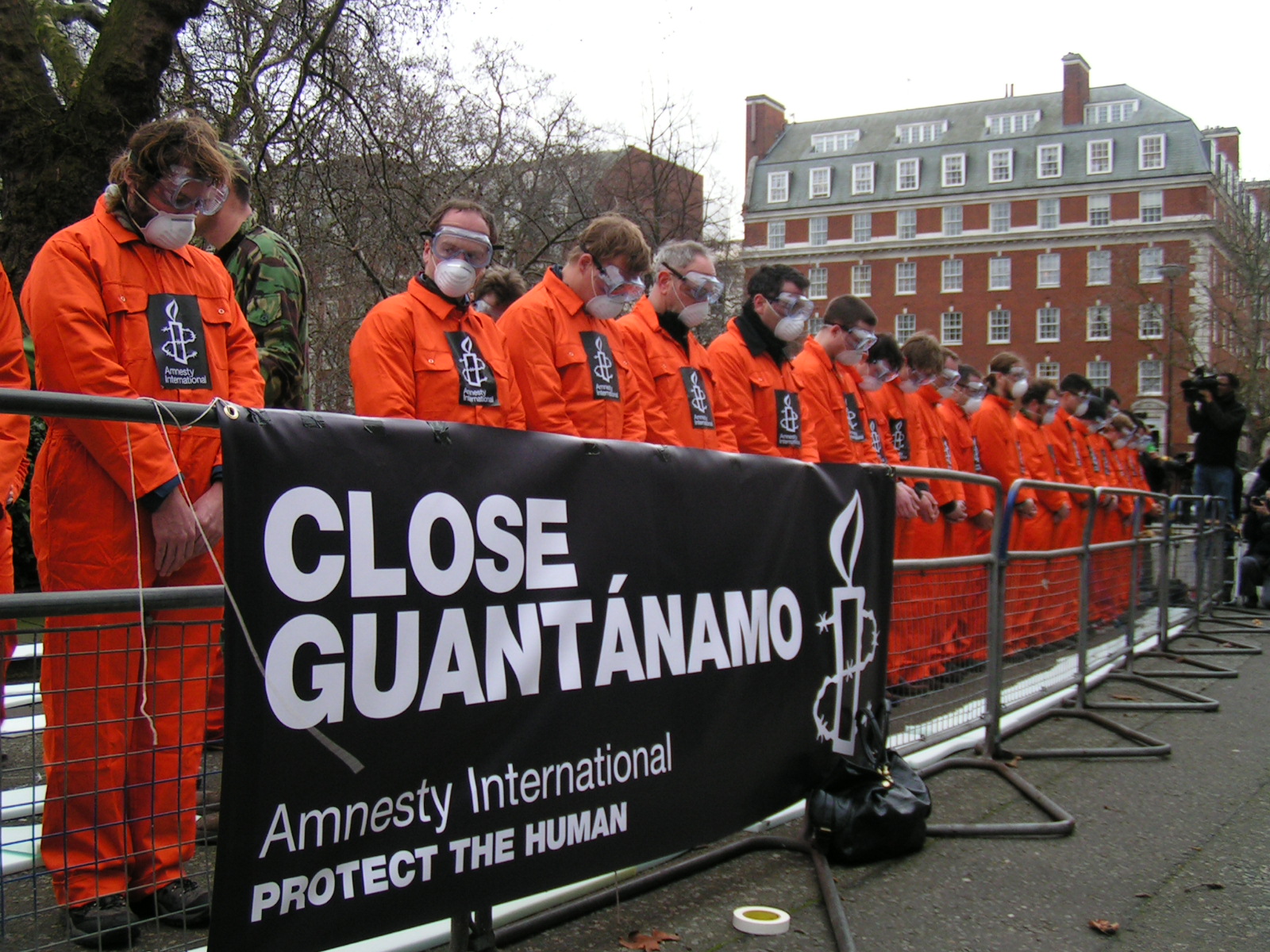 Shut G-Bay Down! 17 Years Of ‘Temple Of Torture’

SEVENTEEN years since it opened, Guantánamo Bay remains as significant and problematic as ever, says Reprieve.

Here are five of the most compelling reasons why Guantánamo Bay should be closed for good, says Reprieve.

More detainees have died in Guantánamo than have been convicted of a crime.

The US’s claim that Guantánamo detainees are the ‘worst of the worst’ does not stand up – US authorities started to release those who had been abducted and imprisoned as early as 2002, the year the prison opened.

In fact, within a year of opening, Guantánamo’s operational commander complained that he was being sent too many ‘Mickey Mouse’ detainees.

As the Inter-American Commission on Human Rights points out: ‘According to official information, only 8% of Guantánamo detainees were characterised as ‘fighters’ for Al-Qaeda or the Taliban; 93% were not captured by US forces; and most were turned over to US custody at a time in which the United States offered bounties for the capture of suspected terrorists.”

The majority of the detainees were never even charged with a crime, let alone convicted of one.

In total, the US has only convicted six of the 780 prisoners who have been through Guantánamo’s gates.

Leaked documents from the International Committee of the Red Cross (ICRC) in 2004 detail ‘an intentional system of cruel, unusual and degrading treatment and a form of torture at Guantánamo.’

The ICRC documented the use of humiliating acts including solitary confinement, temperature extremes, use of forced positions, exposure to loud and persistent noise and music, and regular beatings.

The UN’s Special Rapporteur for Torture has made it clear that indefinite detention in itself amounts to torture.

The main conclusion of the US Senate’s 2014 probe into CIA torture was that it ‘was not an effective means of acquiring intelligence.’

But Donald Trump has said he would like to ‘bring back waterboarding’ and ‘a hell of a lot worse’, adding: ‘Don’t tell me it doesn’t work – torture works … if it doesn’t work, they deserve it anyway.’

It costs the US tax payer $445 million a year to keep the remaining 40 detainees held in Guantánamo. This means that it costs $29,000 per prisoner per night to keep Guantánamo open – far more than any federal or state prison.

In opening Guantánamo Bay in 2002, the US Government sought to create a legal black hole – where it argued neither US nor international law applied.

Choosing an offshore facility in Cuba as the base, the administration claimed that detainees were not covered by the US Constitution because they were not on US soil, and that their enemy combatant status meant they could be denied legal protections.

The ‘legal protections’ in question ranged from being denied access to lawyers and fair trials to the systematic use of torture.

5. The prison of no exits

Last year, Donald Trump proudly announced that nobody else would be released from Guantánamo.

There are 40 men still in the prison – five of those have already been cleared for release in a rigorous process involving six separate US agencies including the Department of Defence and the Director of National Intelligence.

They have been deemed to pose no threat, yet Donald Trump won’t allow them to leave.

Reprieve says: ‘We led the fight for access to the men held at Guantánamo, and were one of the very first organisations allowed inside.

‘Since then, we have secured freedom for more than 80 men illegally detained without charge or trial – more than any other organisation.

‘After 9/11, the US government systematically designed and implemented a programme of abducting and torturing terrorism suspects, before imprisoning them without due process in Guantánamo Bay.’

Reprieve’s Clive Stafford Smith, who was one of the three lawyers who demanded and successfully sued for access to the prison, said: ‘Since 2002, 779, including at least 15 children, have been imprisoned at Guantánamo.

‘The vast majority of them were sold to the US for large bounties – typically, around $5,000 for each man.

‘So far, just four detainees have been convicted of a crime – fewer than the number who have died in detention.

‘No-one has ever been held accountable for the illegal detention and abuse at the prison camp and it remains open to this day.’

Commenting on a leaked letter from Javid to US Attorney General Jeff Sessions last year, Foa said: ‘Sajid Javid has undermined the UK’s decades-long opposition to the death penalty and Guantánamo Bay in an attempt to outsource our justice system to the US.

‘There is no reason why people accused of murdering British citizens should not face British justice in a British court.

‘Justice is not served by turning such individuals over to a US justice system which has an appalling record of trying such cases, in large part as a result of torture and mistreatment.

‘Guantánamo Bay has, over a period of 16 years, seen repeated attempts to hold any judicial process fail.

‘Only four out of 780 detainees have been convicted in the military courts system.

‘The death penalty, as the government has accepted many times, is not effective as a deterrent and has led to gross miscarriages of justice.

‘Instead of kowtowing to the Trump Administration, Sajid Javid should use the laws already in place to bring these cases before a British court.’

On Monday, the US Supreme Court refused to hear a challenge to the government’s indefinite detention of an inmate at the infamous Guantanamo Bay prison camp. Moath al-Alwi has been imprisoned and tortured for nearly two decades without ever having been convicted of any crime. The court’s action is for all practical purposes a repudiation of basic democratic rights and a tacit endorsement of the regime of abductions, renditions, torture, secrecy and indefinite detention without trial that has been erected in the course of the “war on terror”: here.