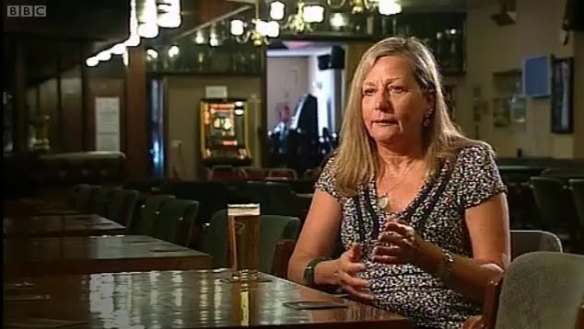 By Keith Flett in Britain:

Not Just Beer And Bingo! A Social History Of Working Men’s Clubs
by Ruth Cherrington (Authorhouse £13.07)

Ruth Cherrington has written a fascinating book on working men’s clubs which is both a history and analysis of where the clubs have been since the late Victorian era and where they may be headed now.

For the many who have visited a club and perhaps still go to one, the book will be essential reading. But Cherrington also has a wider purpose of reviewing where the working class and its cultural and entertainment interests have been and are going. The clubs after all were originally started to provide what the reforming Victorian clergyman Henry Solly called “rational recreation.”

The clubs had their origins in a period very different, at least in some ways, to our own.

The third quarter of the 19th century saw the development of many of the institutions of working-class life that we are still familiar with today – the Trades Union Congress, the co-operative movement, association football.

The aim of the clubs was to provide a space, similar to gentlemen’s clubs, where working men could go to relax, read and chat.

Working women were not immediately involved, although as Cherrington demonstrates across several chapters the issue of gender and working men’s clubs has been a controversial issue only now working its way through with full club status for women.

We can make judgements about this but the reality was that the 19th-century labour market was divided on the grounds of gender and in many, though far from all, cases the man provided for a family where the women stayed at home to look after the children.

The working men’s club, like the gentlemen’s club for the very much better off, became a place where men could to go enjoy male company and, mostly, avoid women and children.

Put like that it doesn’t sound hugely attractive today but the context is important.

The pub aside, there were very few places where people could go to spend time outside cramped living quarters.

Very often, as Cherrington notes, men who were in lodgings were only allowed in to sleep.The time between finishing work and sleeping was spent on street corners, in pubs or the club.

The clubs did not originally sell alcohol but after much debate it was accepted that this was necessary if support was to be attracted.

Because they were clubs – and membership was strictly enforced with a doorman and club rules – beer was supplied to members rather than sold to them and the licensing regime of pubs did not apply.

As Cherrington notes the club was a place where you could get a pint more cheaply than in a pub, in an atmosphere where you were likely to know many of your fellow drinkers.

In the 20th century the clubs became a significant feature of national life. Some were quite small but others were substantial operations with large memberships and substantial entertainment for members.

As music hall declined and the cinema and then TV rose as attractions the clubs remained the places where new performers could learn their craft, whether comedians or musicians. Of course bingo was also a major feature.

It may seem all rather old-fashioned to younger readers but the reality is far from that simple.

The membership of clubs did not peak until the 1970s and it can be seen to coincide closely with the peak of trade union membership in Britain.

The clubs were not overtly political but many had connections to local trade union organisations and some to the Labour Party. Certainly reading Cherrington’s book alongside Eric Hobsbawm‘s late 1970s essay The Forward March Of Labour Halted is instructive up to a point.

Despite much effort and debate the world of the clubs does have a feel of “trade unionists and their wives” about it.

The labour movement has moved on from there, of course too slowly, but nevertheless largely definitively as has the world of work itself.

Cherrington has a very useful chapter which examines how the clubs have grappled, or sometimes not, with issues of diversity given that a modern working-class audience will be black and white, male and female, gay and straight.

The rise of the range of media diversions from the smart phone to the internet, has hit the clubs. There are many fewer now than 50 years ago and attendances are down.

Is that a good or bad thing?

That I doubt is the right question. The world of work and the working class has moved on from the 1960s and 1970s in some positive ways and some less positive ways.

As a trade union activist since the late 1970s I am of course familiar with the clubs. You had and have to respect the amount of effort and dedication that went into founding and maintaining clubs in a world that is not overwhelmed with institutions for and run by working people.

The clubs provided, and many still do, meeting places and a sense of community that is rarely available elsewhere.

At the same time very few of the trade union members I represent would be likely to find their way into a working men’s club nowadays.

The big pub companies have removed the advantage on drink prices and the entertainment on offer is mostly thought to be rather old-fashioned.

Yet the need for a place to meet and relax that is outside of a commercially focused sphere remains a very strong one.