This 29 May 2019 video from Britain says about itself:

News of the Peterloo Massacre, when it reached Shelley in Italy, sparked off a six month-long writing surge that saw the poet respond from a variety of angles. Four songs by John Webster with Brindaband, taking lyrics from key poems, chart his reaction to the massacre. His fiery initial poems and later works with a more measured philosophical response bear witness to his ‘tremendous commitment’ (as Paul Foot put it) to bringing positive change.

The Peterloo massacre and Shelley

Part 1: The aftermath of the massacre and the responses

This year marks the 200th anniversary of the Peterloo Massacre, a critical event in British history. On August 16, 1819, a crowd of 60,000 to 100,000 protestors gathered peacefully on Manchester’s St. Peter’s Field. They came to appeal for adult suffrage and the reform of parliamentary representation.

The disenfranchised working class—cotton workers, many of them women, with a large contingent of Irish workers—who made up the crowd were struggling with the increasingly dire economic conditions following the end of the Napoleonic Wars four years earlier.

Shortly after the meeting began, local magistrates called on the Manchester and Salford Yeomanry to arrest the speakers and sent cavalry of Yeomanry and a regular army regiment to attack the crowd. They charged with sabres drawn. Eighteen people were killed and up to 700 injured.

On August 16 of this year the WSWS published an appraisal of the massacre.

The following is the first part of a two-part article focusing on the response to the massacre by the great poet Percy Bysshe Shelley.

The Peterloo Massacre elicited an immediate and furious response from the working class and sections of middle-class radicals.

The escalation of repression by the ruling class that followed, resulting in a greater suppression of civil liberties, was met with meetings of thousands and the widespread circulation of accounts of the massacre. There was a determination to learn from the massacre and not allow it to be forgotten or misrepresented. Poetic responses played an important part in memorialising Peterloo. 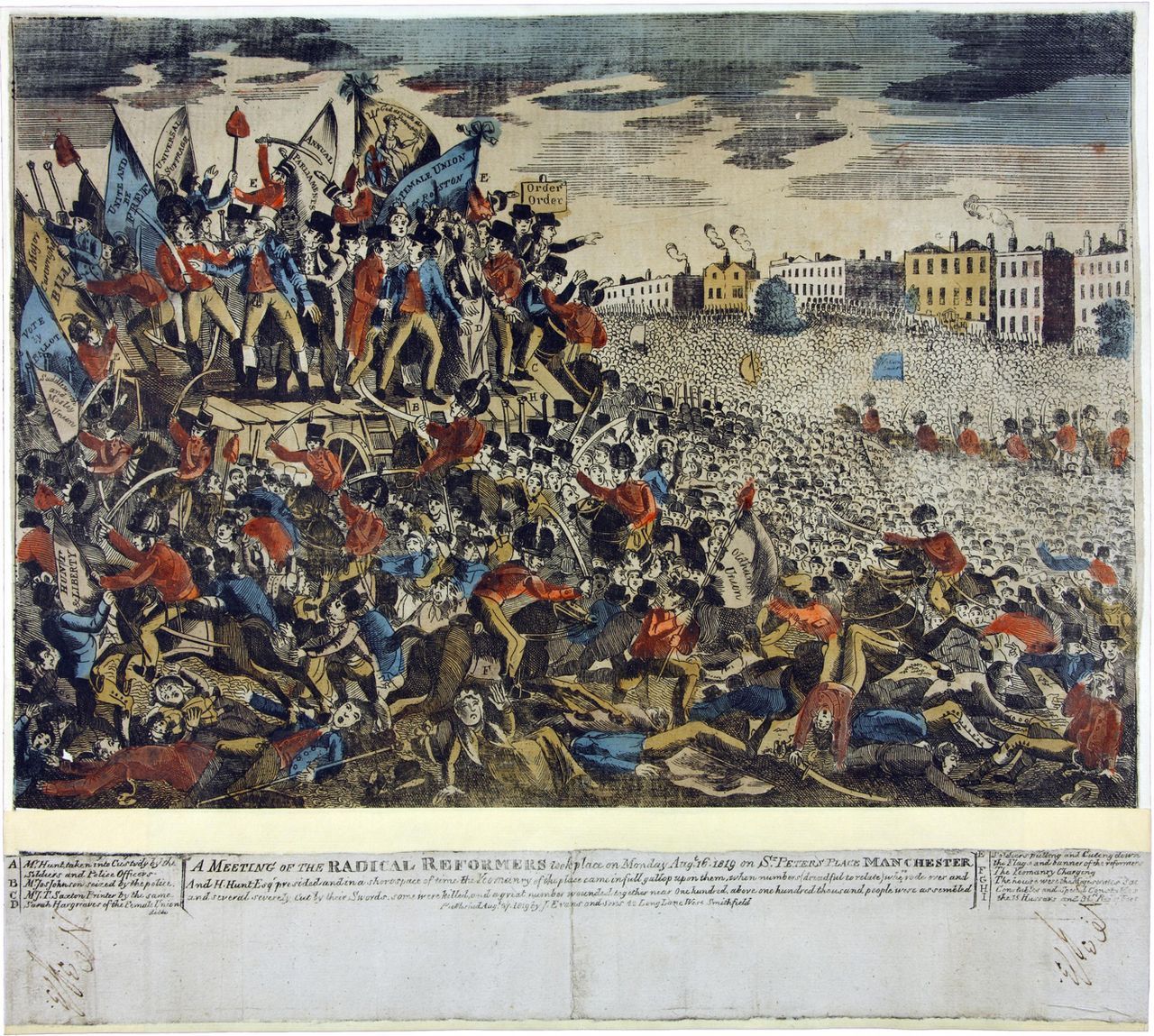 Violent class conflict erupted across north western England. Yeomen and hussars continued attacks on workers across Manchester, and the ruling class launched an intensive campaign of disinformation and retribution.

At the trial of Rochdale workers charged with rioting on the night after Peterloo, Attorney General Sir Robert Gifford made clear that the ruling class would stop at nothing to crush the development of radical and revolutionary sentiment in the masses. He declared: “Men deluded themselves if they thought their condition would be bettered by such kind of Reform as Universal Suffrage, Annual Parliaments, and Vote by Ballot; or that it was just that the property of the country ought to be equally divided among its inhabitants, or that such a daring innovation would ever take place.” Samuel Bamford, a reformer and weaver who led a contingent of several thousand marchers to Manchester from the town of Middleton, said he spent the evening of the massacre “brooding over a spirit of vengeance towards the authors of our humiliation.” Bamford told the judge at his trial for sedition that he would not recommend non-violent protest again.

Workers took a more direct response, even as the military were being deployed widely against the population. Despite the military presence, and press claims that the city had been subdued, riots continued across Manchester.

Two women were shot by hussars on August 20. A fortnight after Peterloo, the most affected area, Manchester’s New Cross district, was described in the London press as a by-word for trouble and a risky area for the wealthy to pass through. Soldiers were shooting in the area to disperse rioters. On August 18, a special constable fired a loaded pistol in the New Cross streets and was attacked by an angry crowd, who beat him to death with a poker and stoned him.

There was a similar response elsewhere locally, with riots in Oldham and Rochdale and what has been described by one historian as “a pitched battle” in Macclesfield on the night of August 17.

Crowds in their thousands welcomed the coach carrying Henry Hunt and the other arrested Peterloo speakers to court in Salford, the city across the River Irwell from Manchester. Salford’s magistrates reportedly feared a “tendency to tumult”, while in Bolton the Hussars had trouble keeping the public from other prisoners. The crowd shouted, “Down with the tyrants!”

While the courts meted out sharper punishment to the arrested rioters, mass meetings and protests continued across Britain. Meetings to condemn the massacre took place in Wakefield, Glasgow, Sheffield, Huddersfield and Nottingham. In Leeds, the crowd was asked if they would support physical force to achieve radical reform. They unanimously raised their hands.

These were meetings attended by tens of thousands and they did not end despite the escalating repression. The Twitter account Peterloo 1819 News (@Live1819) is providing a useful daily update on historical responses until the end of this year.

A protest meeting at London’s Smithfield on August 25 drew crowds estimated at 15,000-40,000. At least 20,000 demonstrated in Newcastle on October 11. The mayor wrote dishonestly to the home secretary, Lord Sidmouth, of this teetotal and entirely orderly peaceful demonstration that 700 of the participants “were prepared with arms (concealed) to resist the civil power.”

The response was felt across the whole of the British Isles. In Belfast, the Irishman newspaper wrote, “The spirit of Reform rises from the blood of the Manchester Martyrs with a giant strength!”

A meeting of 10,000 was held in Dundee in November that collected funds “for obtaining justice for the Manchester sufferers.” That same month saw a meeting of 10,000 in Leicester and one of 12,000 near Burnley. In Wigan, just a few miles north of the site of Peterloo, around 20,000 assembled to discuss “parliamentary reform and the massacre at Manchester.” The yeomanry were standing ready at many of these meetings.

The state was determined to suppress criticism. Commenting on the events, it published false statements about the massacre and individual deaths. Radical MP Sir Francis Burdett was fined £2,000 and sentenced to three months’ imprisonment for “seditious libel” in response to his denunciation of the Peterloo massacre. On September 2, he addressed 30,000 at a meeting in London’s Palace Yard, demanding the prosecution of the Manchester magistrates. 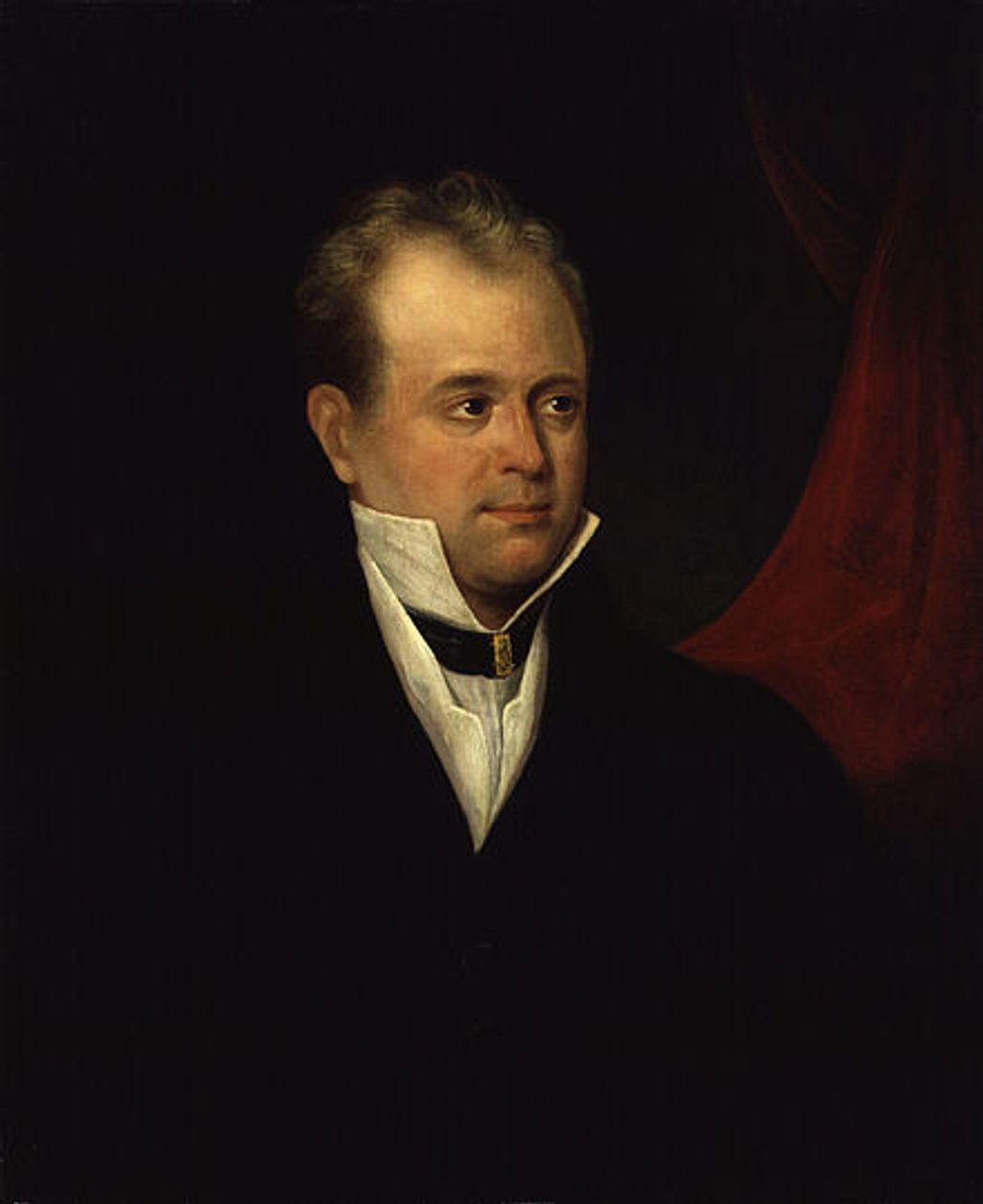 Radical publisher Richard Carlile, who had been at Peterloo, was arrested late in August. He was told that proceedings against him would be dropped if he stopped circulating his accounts of the massacre. He did not and was subsequently tried and convicted of seditious libel and blasphemy.

The main indictment against him was his publication of Thomas Paine’s The Rights of Man. Like Bamford, Carlile also concluded that armed defence was now necessary: He wrote, “Every man in Manchester who avows his opinions on the necessity of reform should never go unarmed—retaliation has become a duty, and revenge an act of justice.”

In Chudleigh, Devon, John Jenkins was arrested for owning a crude but accurate print of the yeomanry charging the Peterloo crowd when Henry Hunt was arrested. A local vicar, a magistrate, informed on Jenkins, whose major “crime” was that he was sharing information about Peterloo. Jenkins was showing the print to people, using a magnifying glass in a viewing box. The charge against Jenkins argued that the print was “intended to inflame the minds of His Majesty’s Subjects and to bring His Majesty’s Soldiery into hatred and contempt.”

Against this attempt to suppress the historical record there was a wide range of efforts to preserve the memory of Peterloo. Verses, poems and songs appeared widely. In October, a banner in Halifax bore the lines:

With heartfelt grief we mourn for those
Who fell a victim to our cause
While we with indignation view
The bloody field of Peterloo.

Anonymous verses were published on cheap broadsides, while others were credited to local radical workers. Many recounted the day’s events, often with a subversive undercurrent. The broadside ballad, “A New Song on the Peterloo Meeting,” for example, was written to the tune “Parker’s Widow,” a song about the widow of 1797 naval mutineer Richard Parker.

The shoemaker poet Allen Davenport satirised in song the Reverend Charles Wicksteed Ethelston of Cheetham Hill—a magistrate who had organised spies against the radical movement and, as the leader of the Manchester magistrates who authorised the massacre, claimed to have read the Riot Act at Peterloo.

Ethelston played a vital role in the repression by the authorities after Peterloo. At a September hearing of two men who were accused of military drilling on a moor in the north of Manchester the day before Peterloo, he told one of them, James Kaye, “I believe that you are a downright blackguard reformer. Some of you reformers ought to be hanged; and some of you are sure to be hanged—the rope is already round your necks; the law has been a great deal too lenient with you.”

Ethelston was also attacked in verse by Bamford, who called him “the Plotting Parson.” Davenport’s “St. Ethelstone’s Day” portrays Peterloo as Ethelston‘s attempt at self-sanctification. Its content is pointed— “In every direction they slaughtered away, Drunken with blood on St. Ethelstone’s Day”—but Davenport sharpens the satire even further by specifying the tune “Gee Ho Dobbin,” the prince regent’s favourite. (These songs are included on the recent Road to Peterloo album by three singers and musicians from North West England—Pete Coe, Brian Peters and Laura Smyth.)

The poetic response was not confined to social reformers and radical workers. The most astonishing outpouring of work came from isolated radical bourgeois elements in exile. 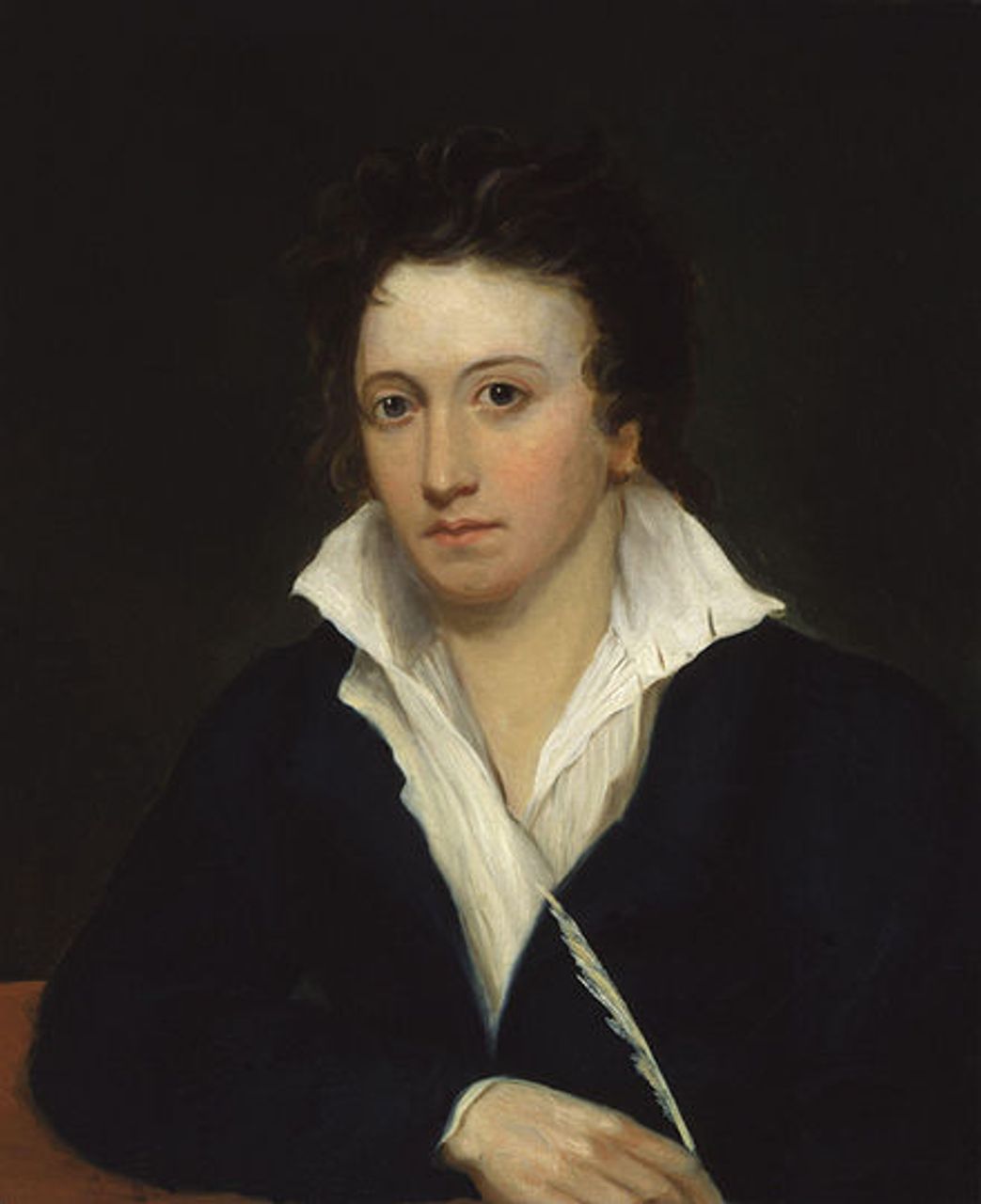 On September 5, news of the massacre reached the poet Percy Bysshe Shelley (1792-1822) in Italy. He recognised its significance and responded immediately. Shelley’s reaction to Peterloo, what one biographer has called “the most intensely creative eight weeks of his whole life,” embodies and elevates what is greatest about his work. It underscores his importance to us now.

Even among the radical Romantics, Shelley is distinctive. He has long been championed by Marxists for that very reason. Franz Mehring famously noted: “Referring to Byron and Shelley, however, [Karl Marx] declared that those who loved and understood these two poets must consider it fortunate that Byron died at the age of 36, for had he lived out his full span he would undoubtedly have become a reactionary bourgeois, whilst regretting on the other hand that Shelley died at the age of 29, for Shelley was a thorough revolutionary and would have remained in the van of socialism all his life.” (Karl Marx: The Story of His Life, Harvester Press, New Jersey, 1966, p.504) 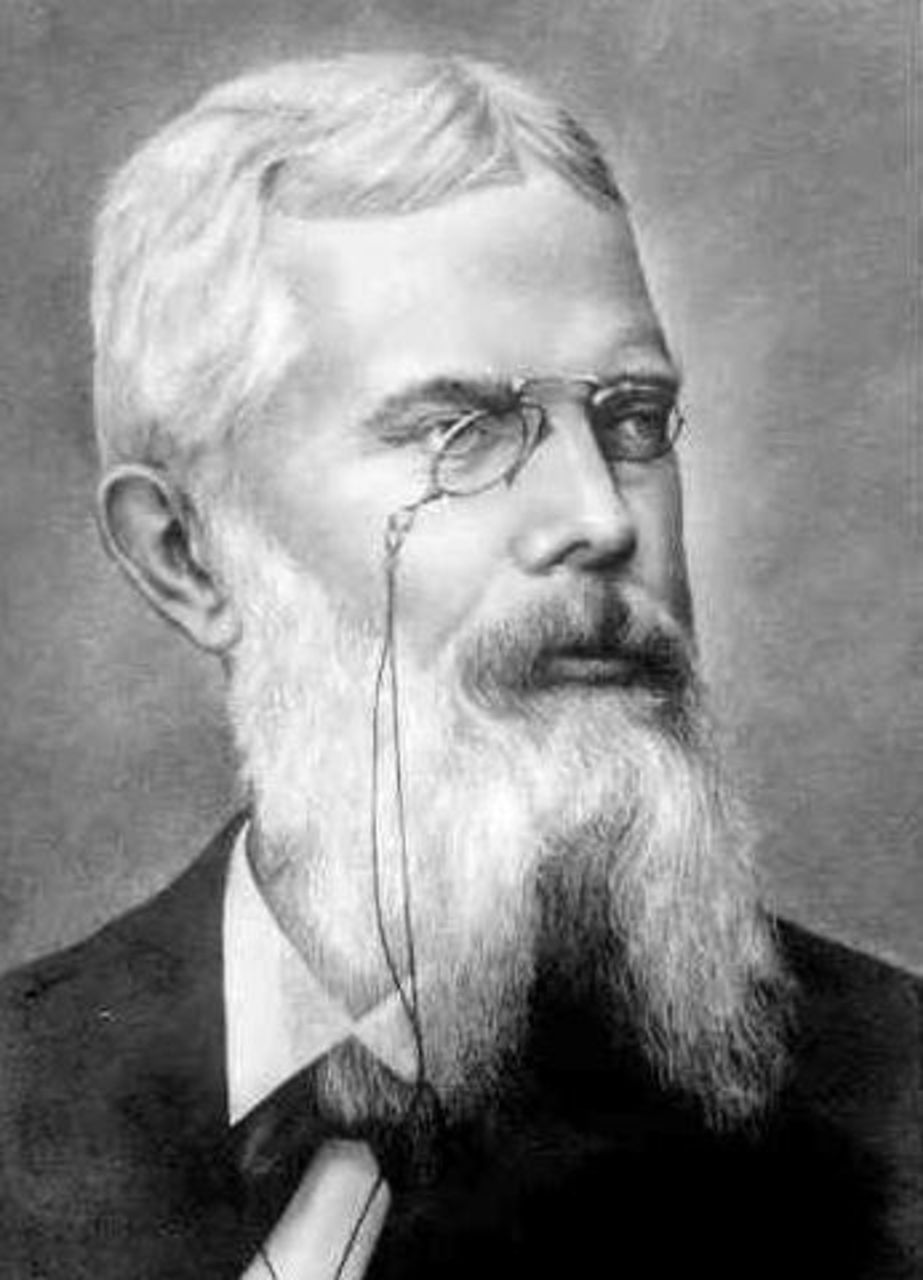 Shelley came from an affluent landowning family, his father a Whig MP. Byron’s continued pride in his title and his recognition of the distance separating himself, a peer of the realm, from his friend, a son of the landed gentry, brings home the pressures against Shelley and the fact that he was able to transcend his background.