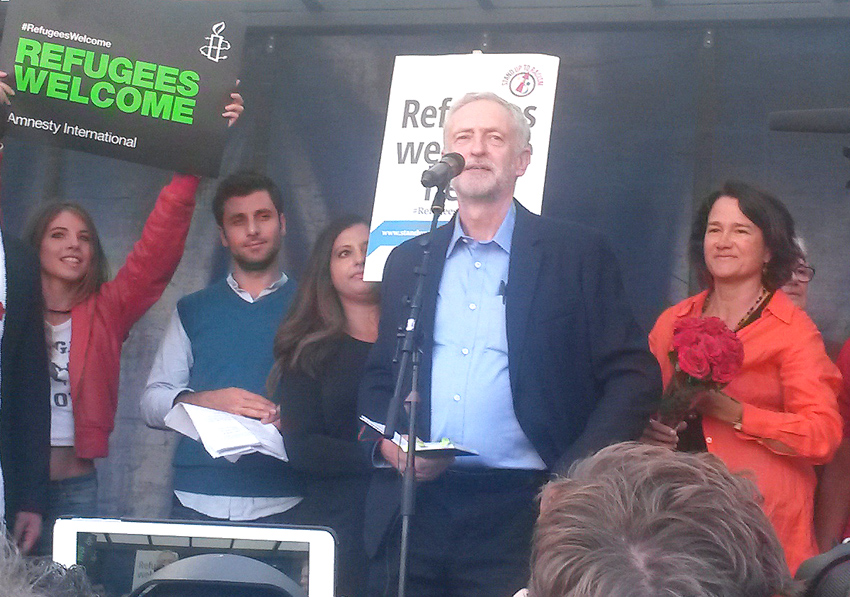 Tories in a crisis over state attack on Corbyn

THE REVELATION that senior British civil servants have been briefing the capitalist press that Labour Leader Jeremy Corbyn is too sick and unfit to be Prime Minister has caused a major crisis for the Tory government.

Britain’s top civil servant, Cabinet Secretary Mark Sedwill, is to write to Corbyn after the health claims which he himself admits are ‘unacceptable’. Yesterday Sedwill did not confirm that there would be an inquiry.

Corbyn has demanded an explanation from Cabinet Secretary Sedwill following reports in [Rupert Murdoch owned] The Times that quoted two senior civil servants as saying there is a ‘real worry’ and that Corbyn is being ‘propped up by those around him’.

Labour has already demanded an independent investigation into the allegations.

Asked about the issue, Theresa May’s spokesman said: ‘Impartiality is one of the fundamental values of the civil service and underpins its ability to effectively serve the government of the day.

‘It would clearly be inappropriate and unacceptable for comments of this sort to have been made or briefed to the press. The cabinet secretary will be writing to the leader of the opposition shortly.’

Asked if this meant there would be an inquiry, he added: ‘I don’t think you’d expect me to divulge the contents of that letter in advance of it being sent.’ Any news on an inquiry would come ‘shortly’, he said.

Labour leader Corbyn said: ‘The idea that civil servants should be briefing a newspaper against an elected politician, against a prospective government, is something that should be very concerning to all of us.

‘The Civil Service has to be independent; has to be non-political and has to be non-judgmental of the politicians they have a duty to serve. If we were elected to government, we have a very clear framework of things we want to do in this country on housing, education, health and the environment and so much more.

‘We would explain those to our colleagues in the civil service and expect them to carry out those policies.

‘That is the way British democracy must work. There must be an investigation into which senior civil servants are spreading fictitious information to the press and in the process compromising the integrity of the Civil Service.’

Dave Wiltshire, secretary of the All Trades Union Alliance, told News Line: ‘The idea that the British state is some independent body that will serve whatever government of the day is just nonsense, the civil service is part of the capitalist state and serves the ruling class.

‘The state is very worried – not that Corbyn is sick but that an election of a Corbyn government will bring millions of workers onto the street to fight for their jobs, their wages and their basic rights.’