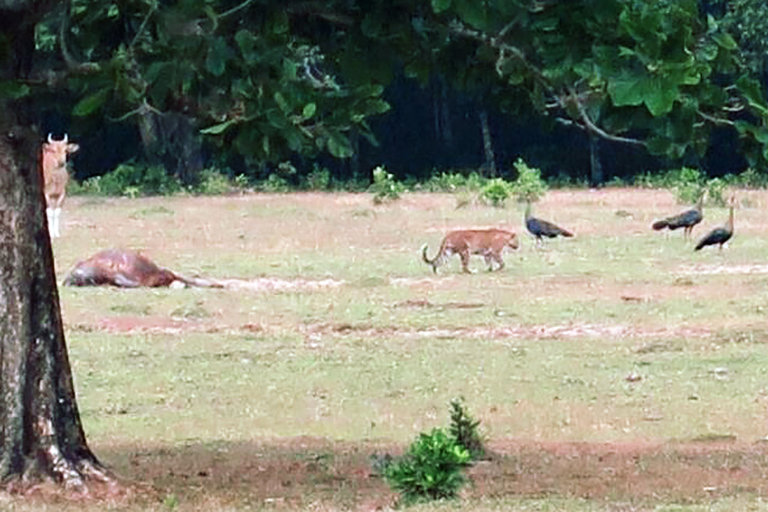 JAKARTA, Indonesia — Park rangers in Indonesia may have spotted an animal thought to live only in folklore and history books: a Javan tiger, declared extinct more than 40 years ago.

Rangers at Ujung Kulon National Park in West Java last month photographed a big cat unlike any previously seen in the preserve. The pictures, released this week, set off a flurry of speculation that one of Indonesia’s legendary species was still alive, and offered a rare bit of positive environmental news to a country in which natural places are being destroyed at an alarming rate.

“This used to be Javan tiger habitat,” Mamat Rahmat, the head of conservation at the park, told the local news media. “We hope that they’re still there.”

The photograph, which circulated across social media, prompted the World Wildlife Fund to support an expedition in search of the supposed tiger.

Despite the rangers’ excitement, some conservationists were skeptical that the cat really was a Javan tiger. “When the video is frozen the effect is that it looks like a tiger”, said Wulan Pusparini, a tiger expert at the Wildlife Conservation Society, who viewed video footage of the animal. However, when the animal was seen moving, she said, it more closely resembled a leopard. Javan leopards are an endangered species, and are rarely seen.

Java is roughly the size of Pennsylvania, but with more than 140 million people it is the most heavily populated island in the world. It was once home to thousands of endemic species, but hunting and development have led to a mass extinction.

Only a few national parks in West Java contain what is left of the island’s large fauna, which include just 60 rhinos and a small population of leopards. Of the three subspecies of Indonesian tigers, two — the Bali tiger and the Javan tiger — have been declared extinct. The Sumatran tiger still exists on Sumatra, but it is considered critically endangered, the result of hunting and rapid deforestation.

“Javan tigers have been extinct for three generations,” Ms. Wulan said. She said she wished the Indonesian public would get as excited about saving endangered animals as they have been this week about the potential for discovering an extinct species.

“That’s the Javan leopard”, she said of the mysterious cat. “That’s the last large carnivore on Java. You would hope people would get excited about it.”

Ujung Kulon National Park is mostly densely forested, so it is possible even for large animals like rhinos or tigers to hide.

Scientists have filmed one of the world’s rarest, and ‘ugliest’, pigs in a forest in Java, Indonesia. The Javan warty pig is under such threat from hunting and habitat loss that conservationists surveying its habitat believed it might already have been driven to extinction: here.

3 thoughts on “Java tiger not extinct?”