At a restaurant in central Cuba: Cape May warbler.

There were anolis lizards on the inside of the thatched roof of the restaurant. 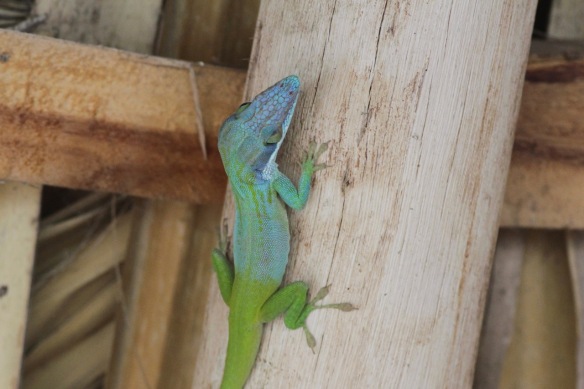 Cuban emerald hummingbirds were present as well. So were Cuban grassquits: they live only in Cuba and in the Bahamas.

At 17:30, we stopped at a place not far from the Zapata peninsula.

The smallest bird in the world, the bee hummingbird, lives there. The photo shows a male.

The bee hummingbird drank from white flowers. On the branch above it sat a Cuban pewee.

There were also bigger relatives of the bee hummingbird: Cuban emerald hummingbirds, both males and females.

Stay tuned for more entries about Cuba on this blog!