EpiPen manufacturer Mylan is facing scrutiny and criticism for its recent business practices. Cenk Uygur and John Iadarola, hosts of The Young Turks, break it down. Tell us what you think in the comment section below. Join the fight to get money out of politics at http://www.wolf-pac.com.

“It’s not hard for pharma companies to appear villainous, but Mylan, the maker of the EpiPen, may be in a class by itself.

Mylan has drawn the ire of patients, consumer groups and now Congress for raising the price of the device 400% since it acquired EpiPen in 2007. The implement, which delivers life-saving medicine for severe allergy sufferers, can now cost more than $300 per pen. It’s only sold in pairs and must be purchased every year because the drug, epinephrine, loses potency over time. Sales of EpiPen are now in excess of $1 billion annually.
Asked for comment, Mylan referred to a statement on its website explaining the problem with the EpiPen isn’t its cost, but the high deductible of many people’s health insurance plans. …

But repeatedly raising the price on the device reflects an aggressive corporate culture at a company that doesn’t mind making enemies.” 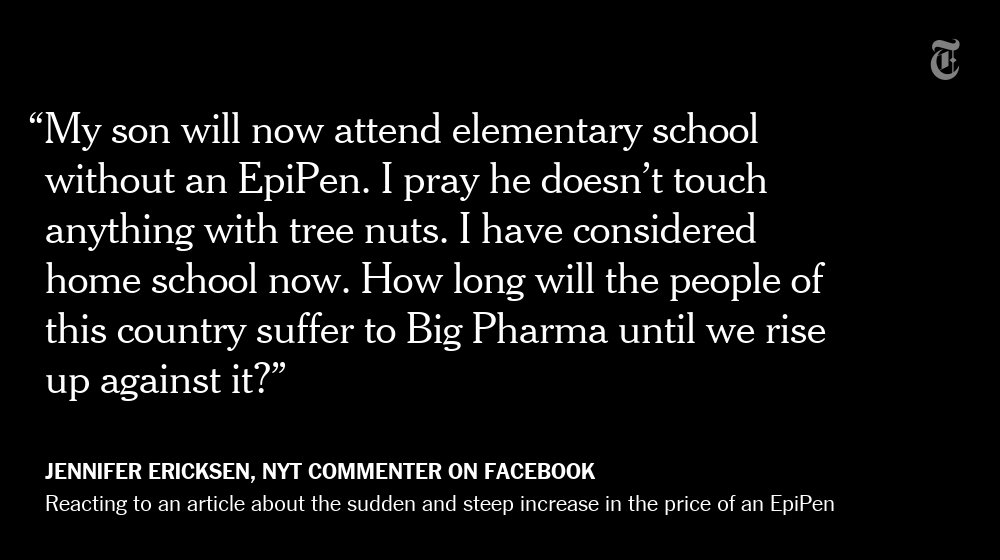 13 thoughts on “EpiPen Big Pharma scandal in the USA”