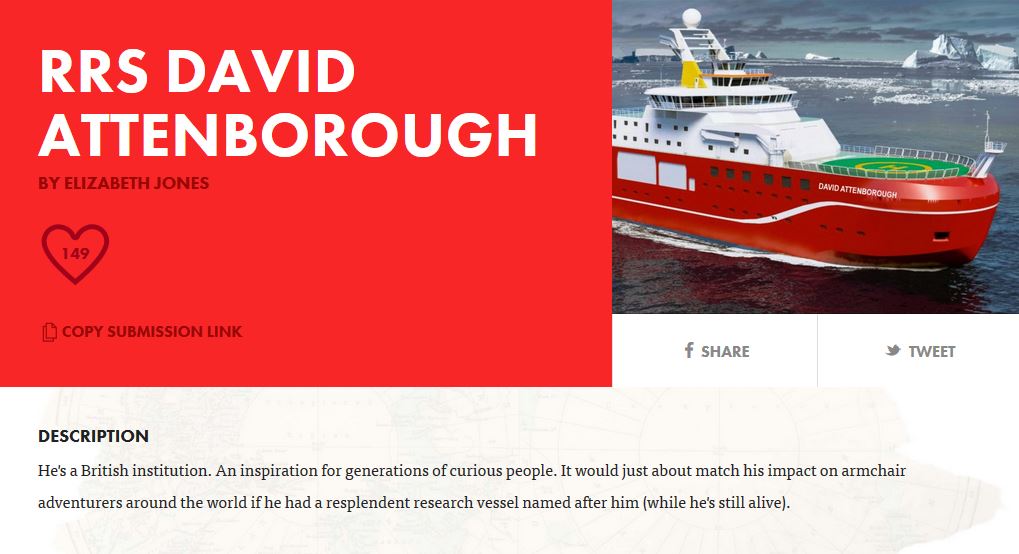 This Twitter picture is from the British Natural Environment Research Council. They write on Twitter about the name for their new ship: