From the World Socialist Web Site in California, USA:

The San Ysidro port, the busiest in the world, with 63,000 people crossing every day, has been closed after migrants were tear gassed by the Border Patrol and US military. The border itself has been fortified with barbed wire, military grade vehicles line the wall, and CBP officers armed in riot gear at all times patrol the perimeter side-by-side with US troops.

Migrants have been faced with repression by US security forces, and the Mexican government is collaborating with the Trump administration in bolstering its police on the border and creating deportation centers. The mayor of Tijuana echoes Trump’s xenophobia, calling the caravan an “invasion” and leading on fascistic protests in high end areas of Tijuana that call for the removal of “unwanted foreigners”.

The working class tells a very different story of sympathy for the migrants and anger over the government response. WSWS reporters spoke to workers passing through to the US at the San Ysidro port of entry.

Danielle has lived her whole life in San Diego and has witnessed the increasing militarization of the border. “It’s a shame that we have two sister cities that are so stressed out,” she said.” I turned 18 in 2000 and I’ve seen the transition since 9/11. The border resembles a prison more and more. When they shut the border, I don’t think it’s to keep people out, but to keep people in.”

She continued: “Our government says it defends human rights but they clearly don’t care about the 85,000 children who died in Yemen. They want us fighting each other so we don’t unite against the real enemy.”

In passing, many workers said they never knew when the border was being closed and would be afraid to cross. One woman noted that when the border does close it is left inaccessible for seven to eight hours at a time. 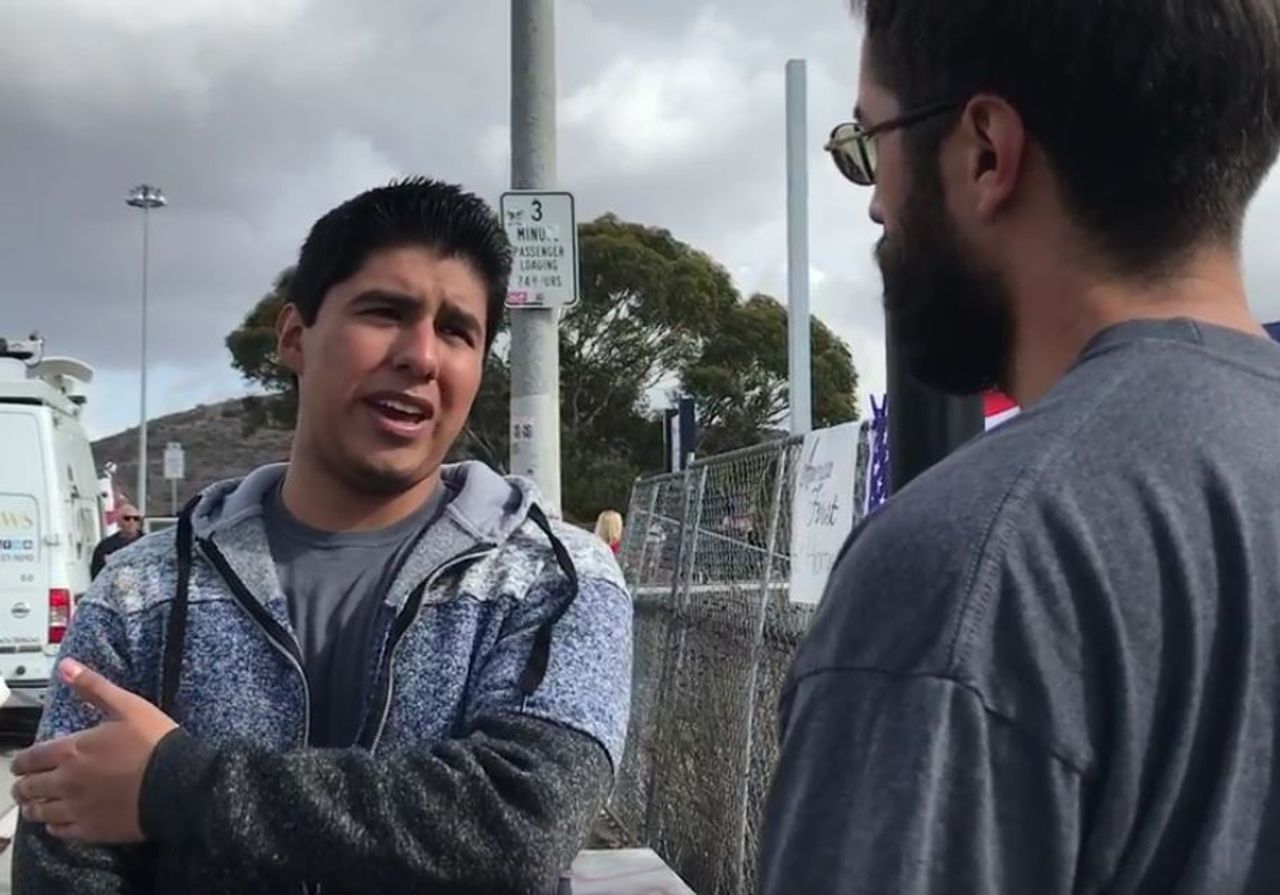 Alan, a resident of Tijuana told reporters: “I work at a dental clinic. Most of our patients come from the US, the UK, Africa and different places around the world. When the border is closed, we go from 20 patients to six or four. People call and say that they’re scared—and rightly so—that it looks like a war zone.”

Jacqueline, who works for the Immigration Center for Women and Children in San Diego denounced the scapegoating of Central American migrants and the crackdown by the Trump administration.

“I was in Tijuana last weekend, and the San Ysidro port of entry is covered in barbed wire, Mexican federal police are constantly patrolling the entry with riot gear. On the US side you have highly armed officers asking people to ‘show their papers’ before they even speak with a customs agent. This is ridiculous.” 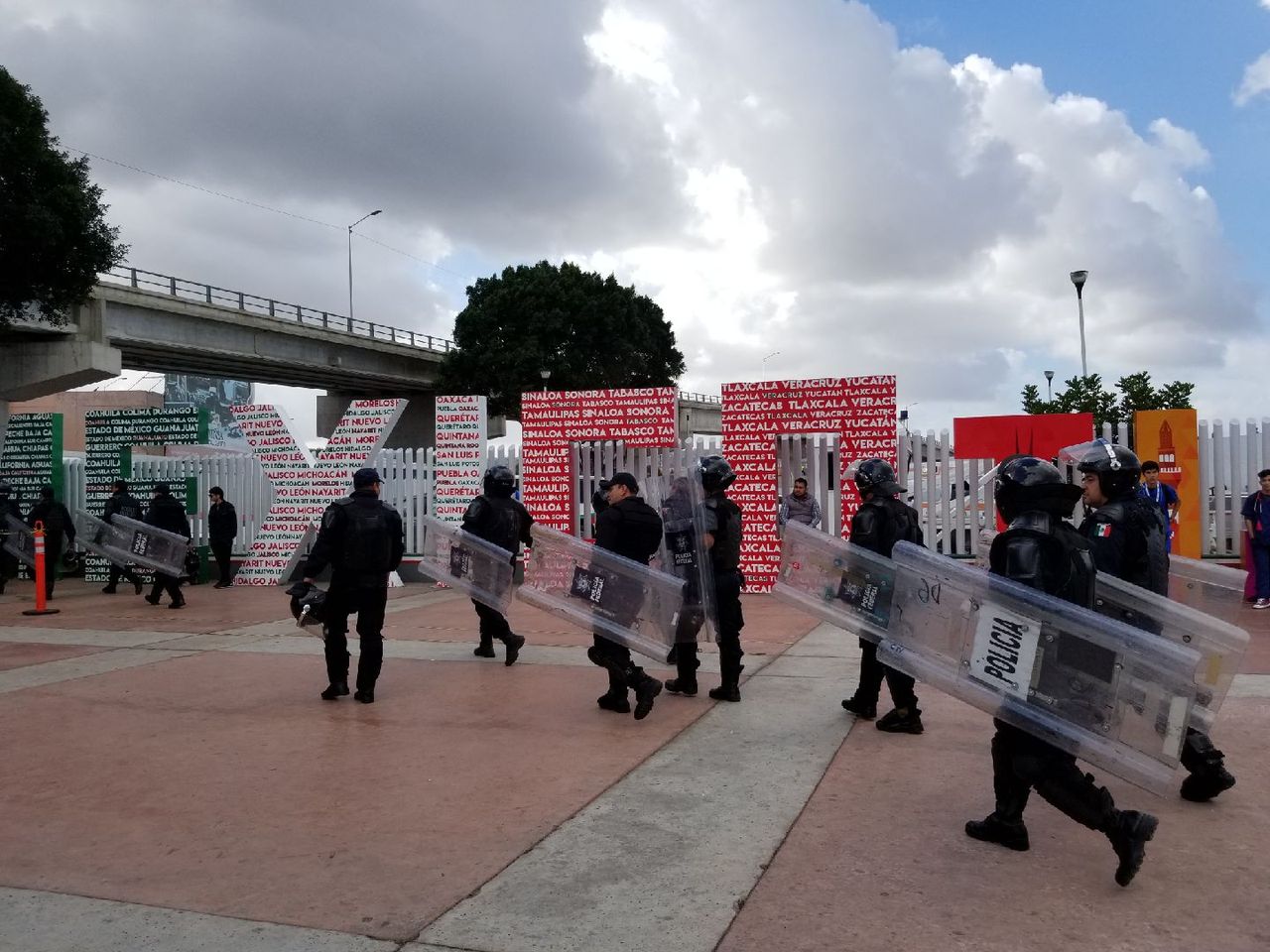 “Many of the migrants coming to the US are fleeing organized crime, state violence, threats against their lives; fleeing conditions of poverty, insecurity and lack of opportunities. I believe they do have a legitimate claim to asylum. The governments of Honduras and El Salvador are incapable of protecting them from these dangers. Prolonged US involvement in elections, CIA backed coups and military training have single handedly destabilized the region. If they are facing persecution, and the government is not fit to protect them, they have a legitimate claim to asylum here in the US.”

Jacqueline’s recent visit to Tijuana was to assist in translating for a group of medical students who volunteered to help sick migrants. 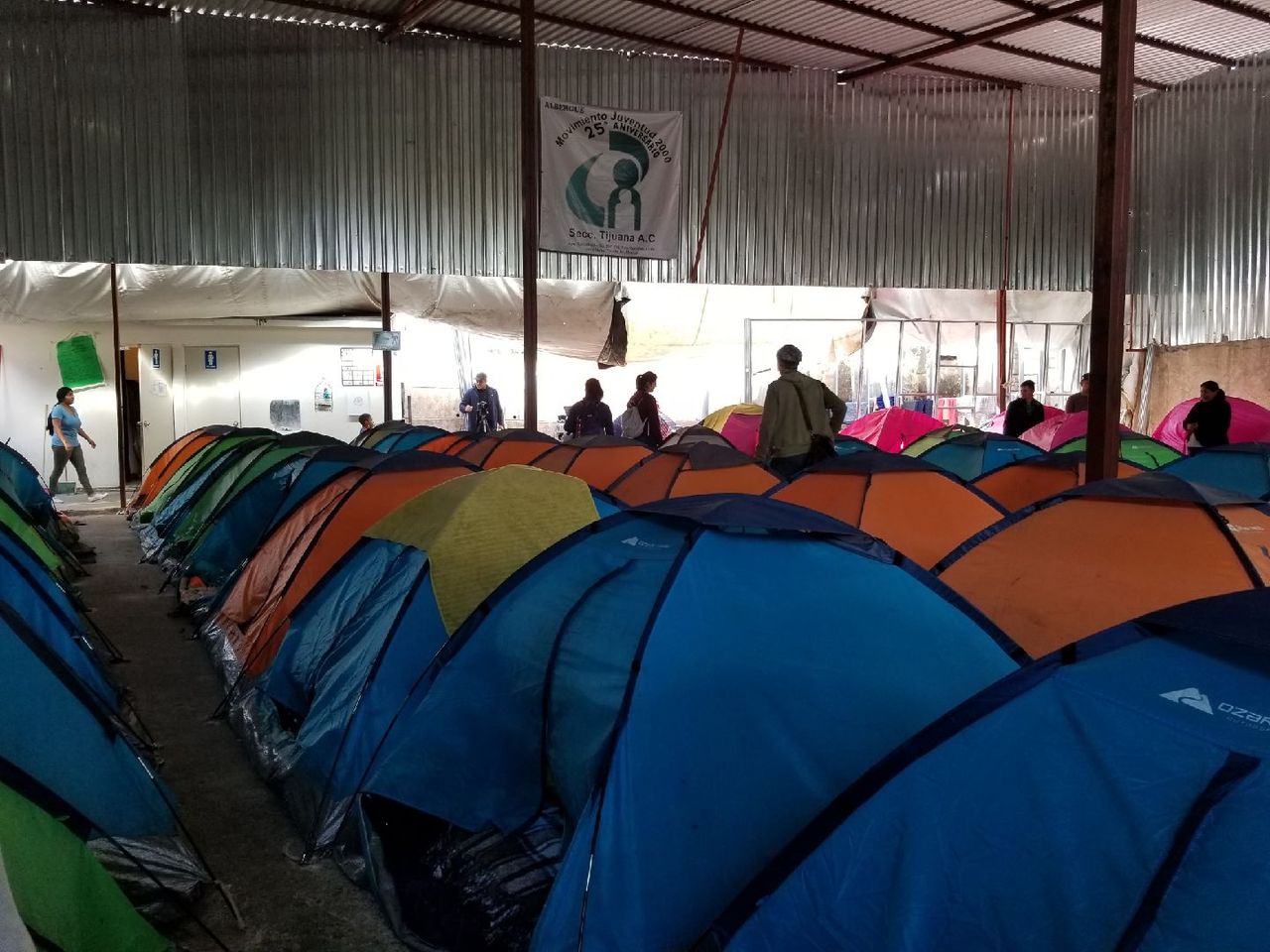 “I have seen doctors from the US band together and go over to the Tijuana side to provide free medical care. I have also seen a huge amount of support from the youth, providing donations and being vocal on social media. However, the media has focused on the negative reactions to the caravan—[anti-immigrant] protests from the most well-off layers of Tijuanenses who do not at all represent the Tijuana population adequately.

“I believe the Democratic Party profits from allowing the Trump administration to scapegoat the caravan. If they were pro-immigrant, they would actively condemn the recent actions on the border, and they would push for legislation that directly funds USCIS (US Citizenship and Immigration Services), judges, and asylum officers and would push for a path towards citizenship. They care so little for the American working class, and even less for the international working class.”