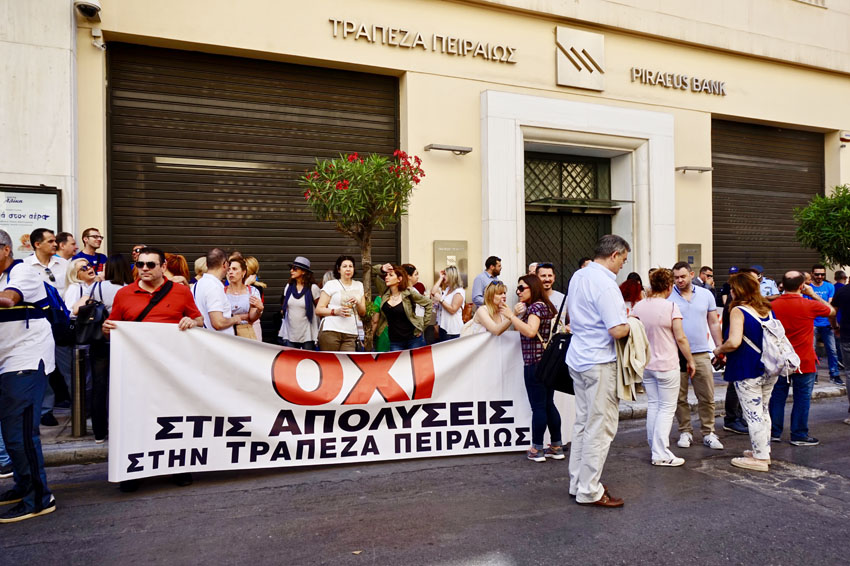 GREEK bank workers at the Piraeus Bank went on a national strike last Friday against mass sackings. On the orders of the European Union all Greek banks, bankrupted by debts, are to sack over 10,000 staff.

Piraeus Bank’s scheme is to split the bank into two, setting up a ‘bad debts’ bank to be sold to a Swedish hedge fund and in the process sack some 1,200 workers.

About 400 bank workers besieged the Piraeus Bank’s headquarters in Athens while all central Athens branches were mass picketed.

But both the leaders of the OTOE (Greek bank workers trade unions federation) and of the GSEE (Greek TUC) are refusing the demand to call all bankworkers on strike.

Meanwhile, a Greek court last Friday declared ‘illegal’ the strike of natural gas contract workers, who are demanding employment by DEPA itself (Greek Natural Gas Corporation) and a collective agreement.

Bankworkers and natural gas contract workers are to continue their strike this week.