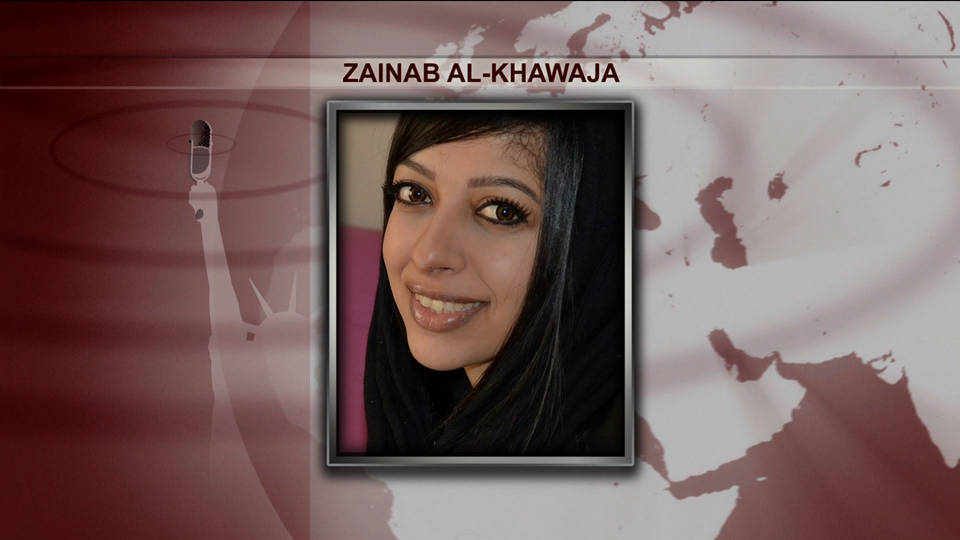 Washington, DC – Human Rights First is alarmed at reports that prominent Bahraini human rights defender Zainab Al Khawaja and her baby were seized from her home today by security officers. Al Khawaja has been sentenced to over three years in jail for a series of non-violent protests against the dictatorship.

“This is a terrible development,” said Human Rights First’s Brian Dooley. “Taking her back into custody only deepens Bahrain’s political crisis. She’s a symbol of peaceful, thoughtful protest. The U.S. government should immediately and publicly call for her release.”

“Those of us who know Zainab know that she is exactly the sort of person Bahrain needs if it is to get itself out of its current mess. She should be playing a full part in creating a new, modern, Bahrain, not silenced in jail,” said Dooley.

Al Khawaja’s father Abdulhadi is serving a life sentence following his human rights activism during the 2011 pro-democracy protests in Bahrain.

February 14 marked the fifth anniversary of the brutal government crackdown on mass protests calling for democratic reform in Bahrain. Human Rights First released a new blueprint, “How to Reverse Five Years of Failure on Bahrain,” that examines conditions in Bahrain, the strengths and shortcomings of the U.S. response, and potential opportunities for the U.S. government to support civil society and strengthen respect for human rights.

The blueprint outlines key missteps in U.S. policy in Bahrain since the 2011 uprising, which include failing to back up rhetoric in support of human rights and civil society with action, and decisions to downplay these priorities in favor of short-term military objectives.

The Danish Foreign Ministry said on Tuesday it was closely eyeing the reported detainment of Danish citizen Zainab al-Khawaja, an outspoken critic of the Bahraini regime: here.

Zainab al-Khawaja was taken into custody along with her baby boy before authorities transferred them to the Isa Town women’s prison: here.

Bahraini activist Zainab al-Khawaja has begun a two-month prison sentence for tearing up a photo of the king, her lawyer said today: here.