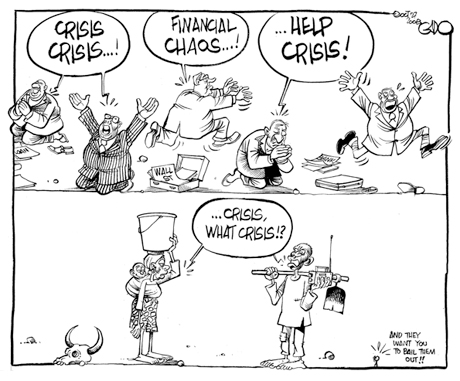 Five years after the “Orange Revolution,” which brought Ukrainian politician Viktor Yushchenko to power in January 2005, the Ukrainian economy is in the deepest crisis since the post-Soviet economic and social implosion of the 1990s: here.

Bridgestone announced last Friday it will close its tyre production plants in Australia and New Zealand at the cost of 875 jobs. The Salisbury factory in Adelaide, South Australia employing 600 workers will close next April. The Papanui plant in Christchurch, NZ employing 275 will cease production before the end of this year. The closures, which end tyre production in Australasia, are part of a global restructuring of the auto industry, in the wake of the worldwide financial crisis: here.

USA: The city of Chicago and the Chicago Transit Authority (CTA) have recently announced budget proposals for 2010 that include furloughs and layoffs that will affect thousands of workers in and around Chicago: here.

The decisive vote by Ford workers to reject the concessions contract worked out between the company and the United Auto Workers is a major advance not only for Ford workers, but for all auto workers and the working class as a whole, both in the US and internationally: here.