Remco de Vries made this nocturnal timelapse near the Posthuys on Vlieland island in the Netherlands. The video looks best in Full Screen modus.

This 5 April 2019 video is about a hedgehog crossing a grassy patch on a windy day on Vlieland island in the Netherlands.

Meike Brendel made the video.

This 2018 video is about butterflies of Vlieland island in the Netherlands. There are no pesticides on Vlieland, which is good for butterflies. Among Vlieland species are, eg, Niobe fritillary, dark green fritillary and Queen of Spain fritillary.

This 2018 video is about honeybees of Vlieland island in the Netherlands. Here, they breed the non-aggressive Carniolan subspecies of bees; originally from Slovenia.

This 16 March 2018 video is about chaffinches on a windy pebble beach on Vlieland island in the Netherlands.

Harry Brummelhuis made this video.

This 16 January 2018 video is about a Bohemian waxwing eating berries on Vlieland island in the Netherlands.

Roelke Nieweg made this video.

This 21 October 2017 video is about an eyebrowed thrush eating berries on Vlieland island in the Netherlands.

This Asian species is rare in western Europe. The bird on Vlieland was a young male, not yet one year old. See also here. 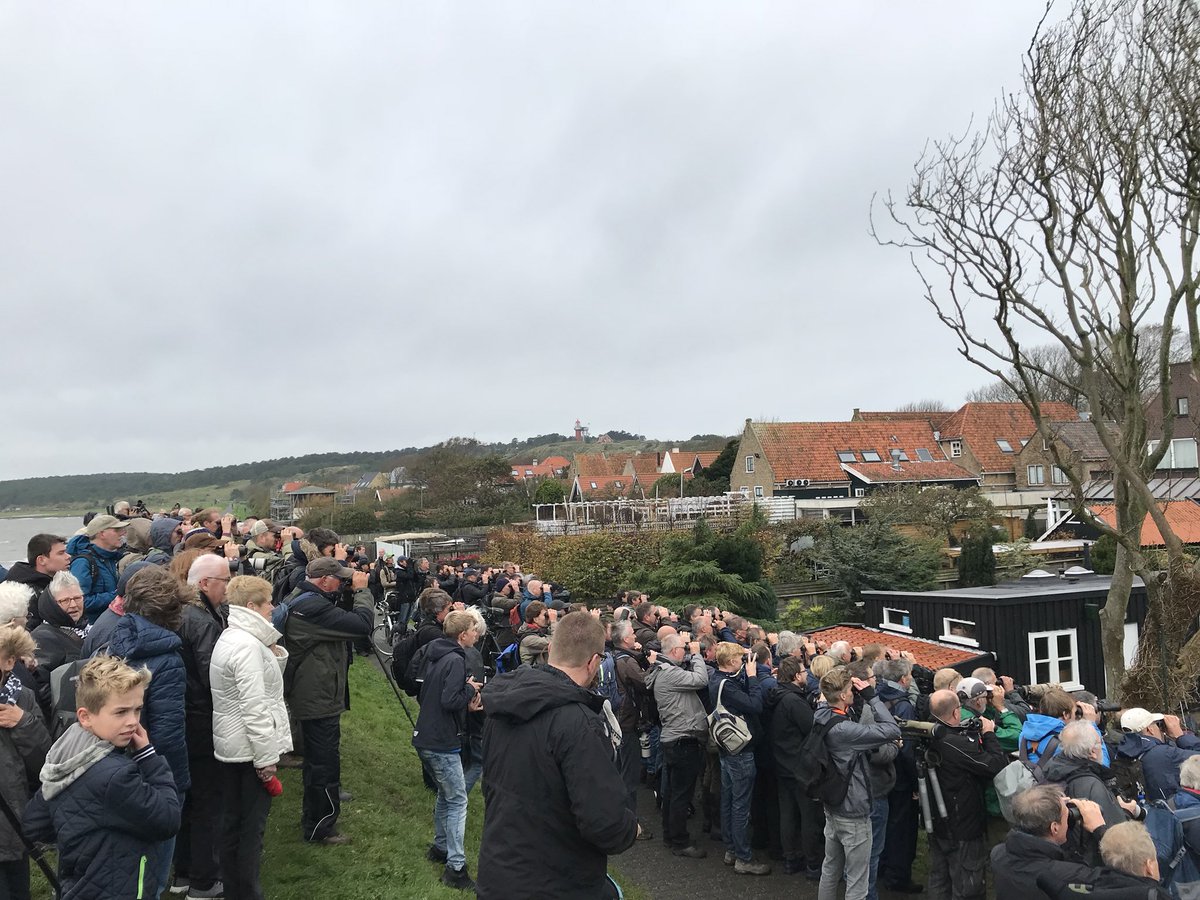 This rare thrush attracted many birders to the dike above the backyards of Vlieland village.

This is also an 21 October 2017 eyebrowed thrush video, but not especially on the Vlieland individual.

This 29 September 2017 cell phone photo is from the ship from Harlingen harbour to Vlieland island in the Netherlands.

On Vlieland there are not only beautiful birds, but goats and rabbits as well.

The captions on the boxes say Vlieland goat excrement and Vlieland rabbit excrement.

Study debunks fishy tale of how rabbits were first tamed. A pope’s proclamation that bunnies are fish, so can be eaten for Lent may never have happened. By Tina Hesman Saey, 1:30pm, February 14, 2018.

This video shows an oystercatcher in Norway.

From the University of Amsterdam in the Netherlands:

Oystercatcher (Haematopus ostralegus) populations in the Netherlands have dramatically declined during the last decades. CHIRP (Cumulative Human Impact on biRd Population) aims to determine which pressures in breeding and wintering areas cause the observed negative population trend. In winter, the Wadden Sea harbours large numbers of oystercatchers. Despite the vast amounts of shellfish available on the mudflats, oystercatchers encounter multiple difficulties in their wintering areas. For example, food stocks become more limited by fishery and the increase of the Pacific oyster. Furthermore, the Wadden Sea area is used for many different recreational purposes, causing disturbance of waders from the land, water and air. Walkers, cyclists, boats and airplanes are a few examples of disturbance sources present in the Wadden Sea. Disturbance might have direct energy costs for oystercatchers if the birds need to take flight or indirect costs if the foraging efficiency decreases due to a more alert state of the bird. Ultimately, this might affect body condition and survival of wintering oystercatchers.

The Vliehors is a large sandflat located at the western half of the Wadden Island Vlieland. The sandbanks serve as high tide roosts for large numbers of waders that forage on the tidal mudflats south of Vlieland. However, the area is owned by the military airforce and in use as training ground for helicopters and jet fighters which practice by shooting and throwing bombs at specific targets. During this research, we aim to study how disturbances like military air force planes affect the behaviour and time budgets of oystercatcher.

The GPS and accelerometer data will be linked to disturbances that take place on the Vliehors. Besides the activities of the military airforce, those disturbances include walkers and cyclists on land in the weekends and hand-raked cockle fishers on the mudflats with settled weather conditions. The frequency and effects of these disturbances will be recorded during the winter seasons. Linking field observations to GPS and accelerometer data will then yield valuable information on how different disturbances affect spatial distribution and time budgets of oystercatchers.

Translated from the blog of wildlife warden Anke Bruin-Kommerij on Vlieland island in the Netherlands today:

Yesterday, at the end of a hot working day, our colleague Pieter Schaper was called by Gerda Stel. She saw a young spoonbill in distress near Pad van 20 footpath on the mudflats. The bird had its leg stuck in a breakwater and it was rising tide …. So, speed was needed and then you just have to have Pieter! He did not think twice and went in his working shoes on the mudflat in order to save the young spoonbill. This rescue succeeded, but the work shoes were still not dry today.