This video from the Cornell Lab of Ornithology in the USA says about itself: 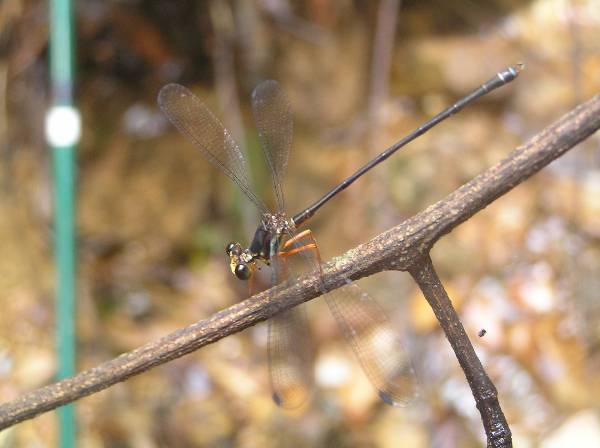 These videos are part of the Birds-of-paradise project.

This video is about that project.

This video about birds-of paradise on the Aru islands in Indonesia says about itself:

See what it took for National Geographic photographer Tim Laman, to capture the shot of a lifetime.

This video is called Greater Bird-of-Paradise.

This video is called King-of-Saxony Bird-of-Paradise. Filmed by Tim Laman near Tari Gap in November of 2010.

Visit a King Bird-of-Paradise‘s perch in the lowland forests of the Bird’s Head Peninsula in western New Guinea. Watch as a diminutive male practices his courtship display. He aims to impress females with a combination of velvety red plumage, two emerald-green feather disks that bobble on wiry shafts—plus fan-shaped side feathers and abrupt about-face dance moves. Filmed by Tim Laman in August 2009.

More about the birds-of-paradise project is here.

This video is also about the Indonesian miners’ strike.

Acting in close cooperation with the Obama administration in the United States, the Indonesian government of President Susilo Yudhoyono has declared its intention to break the two-month strike at the massive Freeport-McMoRan gold and copper mine in the province of Papua.

Police violence is being prepared to disperse the blockades that have effectively shut down the mine, underscoring the alarm that the militant strike by some of the lowest-paid mining workers in the world has caused in both Jakarta and Washington.

Indonesia’s newly appointed energy and mineral resources minister Jero Wacik met on Monday with the US ambassador to Indonesia, Scot Marciel, to discuss the Freeport dispute, which last week forced the Arizona-based company to declare a force majeure (default) on its copper contracts.

The Yudhoyono government announced that it was sending deputy mineral resources minister Widjajono Partwidagdo to Papua to get the mine operating again before dealing with the demands of the 8,000 strikers for higher pay. Indonesian police set a 48-hour deadline for workers to stop demonstrating or blocking access to mine facilities.

Deputy minister Widjajono said his first priority would be to restore order. “Essentially [Freeport-McMoRan wants] security to return to normal,” he told the Jakarta Globe. Only after the mine was up and running, he added, would the strikers’ demands be discussed.

According to workers, police armoured cars, heavy loaders and bulldozers have been sighted on their way to attack the strikers’ blockades. The local police commander, Deny Edward Siregar has issued an ultimatum, accusing the strikers of breaching criminal laws. “The strike has shifted its orientation, and become demonstrations without asking permissions from the police and has blocked access to roads that are vitally important for the national interest,” he stated.

Thousands of miners and their supporters began blockading the company’s operations last month, after para-military police opened fire on protesting workers in the nearby port of Timika, killing a striker and wounding a dozen more. The Yudhoyono regime has rejected calls for an independent investigation into the shootings.

Workers have been further incensed by the revelation that police have been receiving cash payments from Freeport-McMoRan, underscoring the intimate relations between the company, the government and the security forces.

National Police Chief General Timur Pradopo last Friday admitted that police units had been paid “pocket money” by the company. Human rights group Kontras had leaked a letter from Papua police saying that Freeport paid 1,250,000 rupiah ($US134) a month each to about 635 police and military personnel, adding up to $14 million annually.

At a press conference in Jakarta on Tuesday, a company spokesman defended the payments, declaring that they were legal under the “Voluntary Principles on Security and Human Rights,” an international agreement initiated by several large companies and governments, including the US and Britain.

This international protocol further demonstrates the extent to which governments and their police and military forces operate at the behest of the world’s largest mining companies, enforcing the exploitation of mine workers.

The Freeport miners are currently paid as little as $1.50 an hour, even though the mountainous Grasberg open-pit and underground complex is the world’s largest and most profitable gold and copper mine. Buoyed by soaring commodity prices, the company’s first half-year profit jumped to almost $3 billion, nearly double the figure for the first six months of 2010.

Talks between the company and the All-Indonesian Workers Union (SPSI) broke down last week, despite SPSI cutting its minimum wage claim to $7.80 an hour. This is far below the initial $17.50 claim, which was said to be aimed at bringing the Papuan miners more into line with the wages paid by Freeport in its North American operations, which were acquired from Phelps Dodge in 2007.

This is a video, with English subtitles, about the students’ movement in Chile.

Thirty-one of the 33 miners trapped underground in a Chilean mine last year have sued the government for negligence: here.

Papua: Workers at the world’s largest gold mine maintained their strike for improved pay today despite a preliminary agreement hammered out by union reps and managers the previous night: here. Update: here.

Women workers manufacturing Converse trainers for Nike in Indonesia have lifted the lid on the dire working conditions and management bullying they endure: here.

USA: Jim Hightower, Truthout: “In March of last year, Massey Energy Corp.’s official record book for recording unsafe conditions in its Upper Big Branch coal mine in West Virginia said flatly: ‘none observed.’ It turns out that this was a flat-out lie. Just one month later, Upper Big Branch exploded, killing 29 miners and devastating their families. Massey’s in-house ‘observers’ had indeed found safety problems – as they often did in this shoddily run, notoriously dangerous mine. But the corporation kept a dual set of books in order to mislead state and federal safety regulators”: here.

Joseph E. Stiglitz, Project Syndicate: “Just a few years ago, a powerful ideology – the belief in free and unfettered markets – brought the world to the brink of ruin… I was among those who hoped that, somehow, the financial crisis would teach Americans (and others) a lesson about the need for greater equality, stronger regulation, and a better balance between the market and government. Alas, that has not been the case. On the contrary, a resurgence of right-wing economics, driven, as always, by ideology and special interests, once again threatens the global economy”: here.