This is a 2007 Dutch video on the Oude Buisse Heide.

Early in the morning, again a nuthatch at the feeder.

This photo shows the atelier at a closer distance.

Inside the atelier there are these words by Henriette, commemorating her deceased husband Richard (Rik).

And also these lines by Henriette Roland Holst about friendships.

Two stock doves sit on the roof of the Angora farm.

Arriving at De Moeren woodland, we turn back.

Just after passing the border between De Reten and Oude Buisse Heide, a great grey shrike sits on a treetop.

A bit further, a wren.

This was our last Oude Buisse Heide day. We will not forget it!

This video about the Oude Buisse Heide is from September 2013, when the heather flowered.

We walked again through the snow along the poetry footpath; signs with poems by Henriette Roland Holst besides it.

A goldcrest flying from branch to branch.

A male goldcrest singing, you can tell it’s a male by the crown showing a deep orange flash when it is raised. The song is so high-pitched that some people find it difficult to hear, it’s also not easy to keep up with when filming this fast-moving little bird which is recognised as Britain’s smallest bird.

A grey heron stands on a snowy footpath.

Also much snow on branches.

Roe deer footprints in the snow.

We continued to the Turfvaart. This canal used to be for transport of peat by boats.

This robin sat down on barbed wire near the Turfvaart.

We were almost back at where we had started. Near the Angora farm were many feeders, which attracted great tits, blue tits and, below the feeders, robins and chaffinches.

Also near the atelier of Henriette Roland Holst and her visual artist husband there was a feeder, which attracted birds like this female great tit.

And this male great tit.

On this photo, a blue tit feeds, while two great tits await their turn.

Stay tuned for more from the Oude Buisse Heide!

In my earlier blog post on walking in Oude Buisse Heide nature reserve, the last photo about the poetry path there showed a sign covered with snow. Which poem by Henriette Roland Holst was underneath the snow? After wiping, it turned out it was this poem.

Its title is Een heideliedje, a heathland song.

Ms Roland Holst wrote it in 1884, when she was only fifteen years old. It is about her joy at the Oude Buisse Heide, hearing skylark and bees sound.

On the right of the sign, photos of a blue butterfly and a brimstone butterfly, which one can see at this heathland (not now in winter).

We continued along the path.

The next poem was from 1949, when Henriette was much older, eighty years. It is about a blackbird: as soon as it begins to sing, the poetess’ sad mood is gone.

Our next stop was at a lookout point.

It had a fine view of the heathland. And a sign, with part of a 2003 poem on the heathland by Ms Roland Holst.

It says, in my, not so poetic, translation:

Small paths zigzag across the heathland
and arrive at the poor people’s huts:
they are the only ones which have compassion
with the loneliness of humans suffering here.
On the heath, the emaciated sheep graze,
while bleating, they are in search of a new area
of tastier plants and watery brook
dogs and shepherds are tired and sleep …

The complete poem is here.

We continued. Again, a frozen lake. The wind had blown some snow off the ice.

Finally, we arrived back where we had started. Not far from there, this old willow tree.

Stay tuned; as after 22 January came 23 January at the Oude Buisse Heide!

We passed another frozen lake.

And, on the border between forest and heathland, we arrived at another sign with a poem by Ms Roland Holst on it.

This poem is a sonnet. It is about the beauty of the Oude Buisse Heide, with its sounds of jackdaws and other birds.

The path continued. Woodland on one side; heathland with some trees on the other side.

Snow on the tree branches.

Which poem by Henriette would be underneath the snow?

Today, we walked, as snow was falling and eventually covering everything, along the poetry footpath. It has signs with poems by Henriette Roland Holst besides it.

Close to the beginning, these old trees.

At first, we missed Henriette’s poetry footpath (which she walked herself day after day when she was alive).

We arrived at this frozen lake.

It kept snowing, as this photo shows.

We continued, and arrived at the border between woodland and heathland. However, the path stopped. We had to go back.

At the crossroads, we found Henriette’s poetry path which we should have taken before.

We arrived at another frozen lake. No little grebes here now, like sometimes in summer.

We arrived at this sign. After wiping off most of the snow, this poem by Henriette Roland Holst became visible.

It is the poem De Vrouw in het Woud, the woman in the woodland. It describes how in woodland, there are dark, somber parts, but also beautiful lighter parts. This poem is from the 1917, third, edition of her poetry book of the same name. That book was originally from 1911, when she was sad after a conflict with the social democrat party leadership, which had failed to support a transport workers’ strike. The beauty of nature may help the poetess overcome the sadness.

There were still a few leaves left in the woodland, even though autumn was over.

There probably had been autumn storms, as there were branches on the forest floor.

We arrived at another poem by Ms Roland Holst. She wrote it in 1945, when she thought she might die soon. The poem describes the beauty of summer. Which, however, will not last long, ‘and, like with summer, it will happen with me’.

Stay tuned, as there will be more about poetry, snow and wildlife at Oude Buisse Heide on this blog!

This video from Britain is called Nuthatch Bird Song and Nature Sounds – Birds Singing – One Hour of Beautiful Nuthatches.

A nuthatch at the feeder for the first time. It drove away a great tit. After the nuthatch flew away, a blue tit at the feeder. And a robin under it.

This 2015 video from Britain says about itself:

Chaffinch is one of our most common and familiar birds, but young birds and females are harder to identify than the stunning males. In winter, Chaffinches are joined by their northern cousins, Brambling. How can you pick them out in the midst of Chaffinches?

In the afternoon, we walked along a path with signs showing poems by, and information about, Dutch socialist poetess Henriette Roland Holst.

Unfortunately, I cannot show you pictures of these poems and of beautiful snowy landscapes today yet, as the photos still have to be sorted out.

We saw a wren. Heard jays calling. A mixed flock of chaffinches and bramblings on the forest floor. Birdwatching was not so easy today, as snow kept falling on the binoculars.

Filmed in our garden in Watton, Norfolk.

Two stock doves walking on the snowy ground. A male and a female blackbird sitting on a tree.

This 2010 video is about wildlife at the Oude Buisse Heide. Including a singing willow warbler, great spotted woodpecker sound, a male roe deer, etc.

It started to snow.

Today, 21 January 2018, we traveled to the Oude Buisse Heide nature reserve in the Netherlands.

This area is property of conservation organisation Natuurmonumenten. It was transferred to them by famous Dutch socialist poetess Henriette Roland Holst.

She wrote many of her poems at Oude Buisse Heide.

In the atelier, built for her and her visual artist husband in 1918, by Margaret Staal-Kropholler, the first ever female architect in the Netherlands. 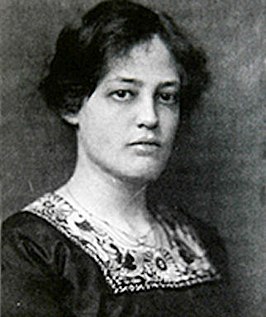 Here, she also wrote four poems in 1944, as the World War II front line was close to the Oude Buisse Heide. These four poems are in the poetry book De loop is bijna volbracht (The journey is almost finished).

Ms Roland Holst had helped the Dutch anti-nazi resistance, eg, writing anti-occupation poems and hiding fugitives from the German secret police at Oude Buisse Heide. She thought the nazis might soon come and kill her for that. She was already 74 years old, so she thought she might die soon anyway.

The last lines of the first poem in De loop is bijna volbracht are (my translation):

I want to stay a little while
in order to, in the dying light,
weave the spicy and sweet smells
and the fading colours
into a last poem.

These lines are about the beautiful nature of the Oude Buisse Heide.

As we arrived late in the afternoon, we saw and heard only a few sides of that beauty.

We did hear a nuthatch calling and other bird sounds. A carrion crow sat on a tree, then flew away.