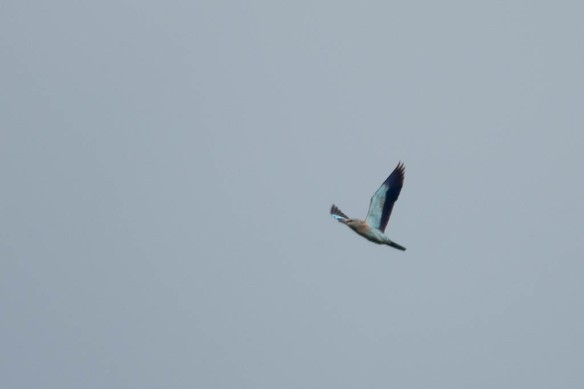 4/5 September 2022. At the Batumi Raptor Count point near Sakhalvasho village in Georgia.

Although it is called Raptor Count, also some non-raptor birds on their southwards autumn migration are counted. Like the European roller on the photo above. Hundreds of them flying daily past the counting point in these September times.

Most non-raptor bird species are not counted. Like bee-eaters, numerous and filling the air with their beautiful calls.

Gulls at the Black Sea, September 2022

Lower in the Batumi area, closer to the Black Sea. Many gulls. Mostly yellow-legged gulls. Also at least one Armenian gull.

On the stony beach of Batumi city, not only wheatears, but also greater short-toed larks like this one.

In Batumi city park, various nightjars like this one, resting during daytime, before migrating toward Africa again during the night.

Stay tuned for more posts about bird migration in Georgia!