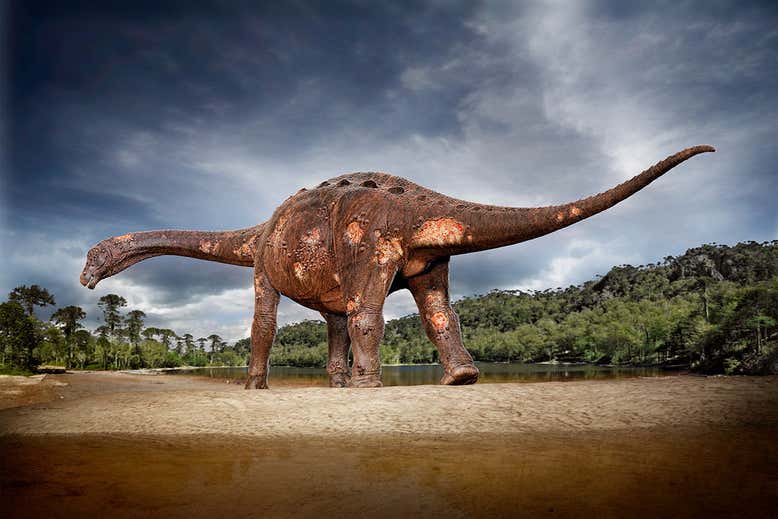 Some of the oldest evidence of bone disease may have been caused by tiny 83-million-year-old parasites infecting a titanosaur, which are among the largest land animals that ever lived. This is the first discovery of parasites in a dinosaur bone.

“It’s a new kind of parasite,” says Aline Ghilardi at the Federal University of Rio Grande do Norte in Brazil. “We don’t have anything similar to it.”

This fossilised parasite was seen in a sample from a dwarf titanosaur.