A new species of freshwater Crustacea has been discovered during an expedition of the desert Lut, known as the hottest place on Earth.

The newly identified species belongs to the genus Phallocryptus of which only four species were previously known from different arid and semiarid regions.

Dr Hossein Rajaei from the Stuttgart State Museum of Natural History and Dr Alexander V Rudov from Tehran University made the discovery during an expedition of Lut to better understand the desert’s ecology, biodiversity, geomorphology and paleontology.

Further scientific examinations of the specimens by co-author Dr Martin Schwentner, Crustacea specialist from the Natural History Museum of Vienna, stated that they belong to a new species of freshwater Crustacea.

Publishing their findings in Zoology in the Middle East, the biologists name the new species Phallocryptus fahimii, in honor of the Iranian conservation biologist, Hadi Fahimi, who took part in the 2017 expedition and sadly died in an airplane crash in 2018.

Dr Rajaei, an entomologist from State Museum of Natural History Stuttgart, who actually found the species in a small seasonal lake in southern part of the desert says the discovery is “sensational.”

“During an expedition to such an extreme place you are always on alert, in particular when finding water. Discovering crustaceans in this otherwise hot and dry environment was really sensational.”

The team’s study explains how Phallocryptus fahimii differs in its overall morphology and its genetics from all other known Phallocryptus species.

Dr Schwentner, who has worked with similar crustaceans from the Australian deserts in the past, adds: “These Crustaceans are able to survive for decades in the dried-out sediment and will hatch in an upcoming wet season, when the aquatic habitat refills. They are perfectly adapted to live in deserts environments. Their ability to survive even in the Lut desert highlights their resilience.”

The Lut desert — also known as Dasht-e Lut — is the second largest desert in Iran.

Located between 33° and 28° parallels and with its 51,800 km2 larger than Switzerland, this desert holds the current record for the highest ever-recorded surface temperature. Based on 2006 satellite measurements, the NASA reported a record surface temperature of 70.7°C, which more recently has been increased to even 80.3°C. Dark pebbles that heat up are one of the causes of these record temperatures. Mean daily temperatures range from -2.6°C in winter to 50.4°C in summer with annual precipitation not exceeding 30 mm per year.

Almost deprived of vegetation, the Lut desert harbors a diverse animal life, but no permanent aquatic biotops (such as ponds).

After rain falls, non-permanent astatic water bodies are filled including the Rud-e-Shur river from north-western Lut.

Here a diverse community of Archaea has been described but aquatic life in the Lut remains highly limited, which makes this find particularly rare. 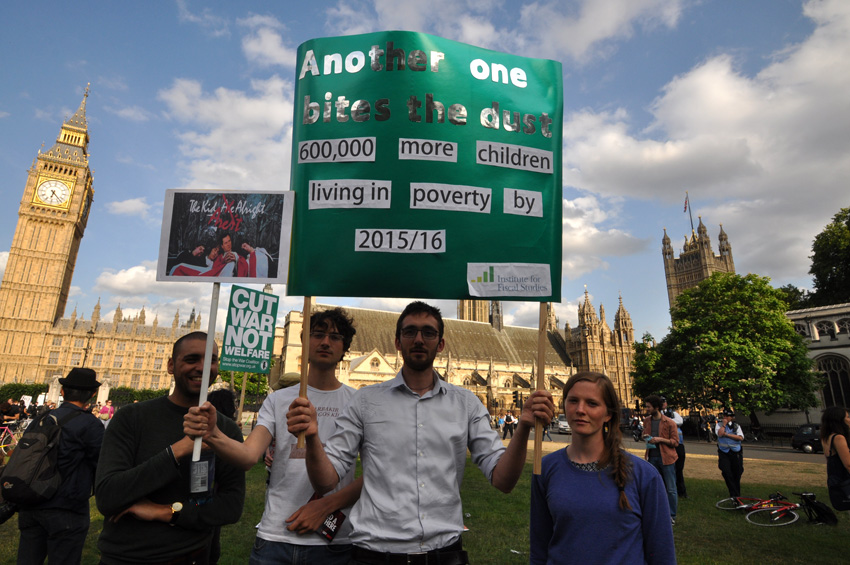 A SURVEY of UK social workers by the Child Poverty Action Group, Child Welfare Inequalities Project and the Association of Directors of Children’s Services, found that 94% of those asked believed the severity and prevalence of child poverty had recently increased.

‘At least 80 per cent of the children open to my team are in part impacted by poverty – both in-work and out-of-work poverty,’ one social worker told researchers, while another added that food banks are ‘now seen as essential’ by many families.

Cuts to local support services, including child and adolescent mental health services, youth services and children’s centres, mean that social workers are dealing with more severe issues due to a lack of preventative services, the report states.

‘Respondents overwhelmingly told us that the lack of support services in local communities had a negative impact on the families they work with, and led to situations escalating in severity as there was little scope for preventative work,’ it adds.

One of the 129 social workers involved in the research said: ‘The loss of helpful services at a lower level has driven the rise in referrals to and intervention from statutory services like mine.’

Another added: ‘There are less resources for early intervention such as support groups for parents, leading to a higher level of children becoming subject to child protection plans and care proceedings. Waiting lists for children to see a mental health professional are very long, leading to issues becoming more entrenched and difficult to address.’

At the same time, recent research by the YMCA England and Wales found that youth services had suffered £1bn worth of cuts in less than a decade – while 34 per cent of children’s centres have closed since 2010.

The report also highlights changes to the social security system, including the introduction of Universal Credit, the two-child limit and the benefits cap, as issues blocking social workers’ ability to effectively support families.

Some 79 per cent of those asked said these changes affected more than half of families on their caseload, while 92 per cent said low income is an issue faced by families they work with.

‘Common experiences ranged from the practical challenges of families not being able to afford travel to appointments, or those posed by insecure work which makes it difficult to arrange or attend appointments, through to the emotional barriers arising from the stress experienced by parents facing financial strain trying to meet their children’s needs with insufficient financial resources,’ the report states.

One social worker involved in the study said: ‘As a social worker I feel disempowered to support families, as we cannot support when the issues are caused at a societal level: we can signpost families to support services, but that does not remedy not having enough money via benefits or a landlord who is not prepared to rent to those in receipt of benefits.’

The organisations involved in the report have renewed calls for a cross-party poverty strategy and ‘the provision of adequate funding to local government and other support services for children and families’.

Lead author Professor Paul Bywaters said the study was conducted before the coronavirus pandemic, and warned that those families already living in poverty would ‘bear the brunt’ of the crisis.

He said: ‘Child Poverty Action Group, Child Welfare Inequalities Project, and Association of Directors of Children’s Services are extremely concerned that the financial situation facing both families and local authorities has deteriorated rapidly in recent months and it is children and families on the lowest incomes who are bearing the brunt of the pandemic, which has laid bare the inequalities in our society.’

It’s no surprise, according to youth workers who belong to trade union Unison, that during the Covid-19 pandemic, youth workers have leapt into action to make sure their vital work is still accessible to the young people they support. For youth workers, Covid-19 is just another challenge

Youth workers are renowned for their capacity to find creative solutions to unpredictable challenges. For Unison members, Covid-19 has been a time to get creative.

Unison member Tony Rawlings is one of them. As a youth worker in Slough, he leads a team of five who focus on street work and young people likely to be involved in gangs.

‘We’ll work with young people to work on the issue before it gets to criminalising them.’

During Covid-19, his team have worked relentlessly. When lockdown came in, they continued to go out and work on the streets.

‘We’ve been out day and night with no rest at all. It’s been emotionally draining for me and the team, but the team have been amazing.’

Tony himself caught the virus early on in lockdown and says that the team did really well just carrying on. The challenges presented by the pandemic have turned into opportunities for trust-building for the team and the young people they work with.

Tony said: ‘Some of the young people we work with are really difficult to work with. We’ve been supporting lots of families by dropping off food packages.

‘Providing the food and being there when nobody else is has built a huge relationship with young people’s families. When everyone else has deserted them, we were there knocking on the door.’

Chair of Unison’s youth and community work committee Robin Konieczny has been pleasantly surprised by the changes that lockdown has brought about for the young people he works with in Norfolk.

‘One of our groups of young people has decided to start writing to people in care homes. It started off with them sending a card and getting a reply. Now they’ve written to over 600 residents in care homes. Young people also helped us design the social distancing and stay safe campaigns …

For Robin, adapting to the pandemic just feels like another part of the job. ‘As youth workers, we try to make best of the circumstances and the situation we’re in.

‘If I’ve got young people there who can’t engage in a physical activity because of disabilities, then I’ve got to adapt then and there. It’s a mindset, and the pandemic has just been another example of ‘‘how can we do things differently?”’

Youth workers are resilient and hard-working, and the pandemic has evidenced this. Yet the government seems uninterested in rewarding them.

Or as Robin put it: ‘We’re facing a government that basically has no interest in young people.’

We saw them on 5 August 2020 in woodland near Joppe village in Gelderland province in the Netherlands.

A buzzard on a pole.

A wren not far away.