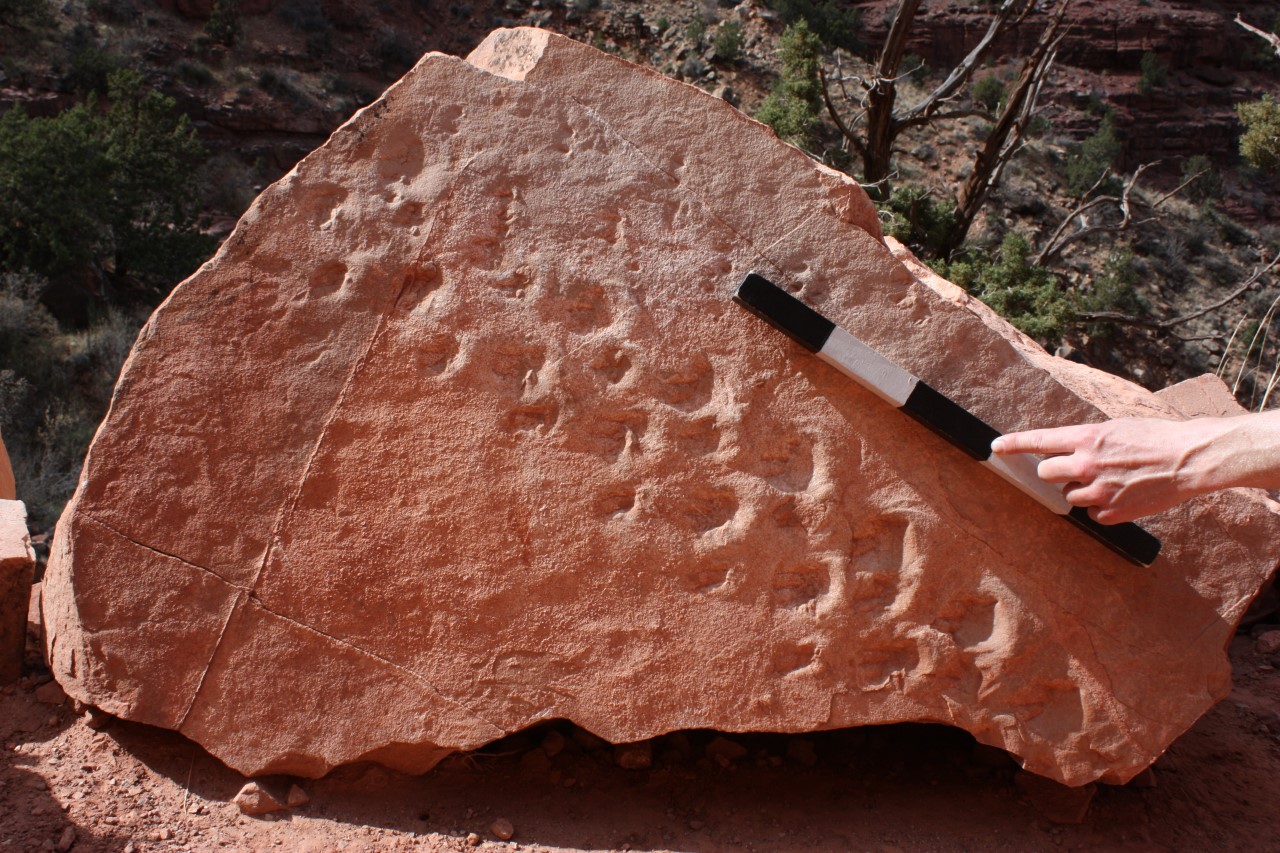 From the National Park Service in the USA:

Paleontological research has confirmed a series of recently discovered fossils tracks are the oldest recorded tracks of their kind to date within Grand Canyon National Park. In 2016, Norwegian geology professor, Allan Krill, was hiking with his students when he made a surprising discovery. Lying next to the trail, in plain view of the many hikers, was a boulder containing conspicuous fossil footprints. Krill was intrigued, and he sent a photo to his colleague, Stephen Rowland, a paleontologist at the University of Nevada Las Vegas.

The trailside tracks have turned out to be even more significant than Krill first imagined. “These are by far the oldest vertebrate tracks in Grand Canyon, which is known for its abundant fossil tracks” says Rowland. “More significantly,” he added, “they are among the oldest tracks on Earth of shelled-egg-laying animals, such as reptiles, and the earliest evidence of vertebrate animals walking in sand dunes.”

The newly discovered tracks record the passage of two separate animals on the slope of a sand dune. Of interest to the research team is the distinct arrangement of footprints. The researchers’ reconstruction of this animal’s footfall sequence reveals a distinctive gait called a lateral-sequence walk, in which the legs on one side of the animal move in succession, the rear leg followed by the foreleg, alternating with the movement of the two legs on the opposite side. “Living species of tetrapods―dogs and cats, for example―routinely use a lateral-sequence gait when they walk slowly,” says Rowland. “The Bright Angel Trail tracks document the use of this gait very early in the history of vertebrate animals. We previously had no information about that.” Also revealed by the trackways is the earliest-known utilization of sand dunes by vertebrate animals.