This 15 June 2020 video from the USA says about itself

The Killing of Rayshard Brooks: Atlanta Police Shoot Dead Unarmed Man Who Fell Asleep in His Own Car

Protests have erupted in Atlanta, where the police killing of unarmed African American man Rayshard Brooks in a Wendy’s parking lot has outraged residents. The autopsy revealed that Brooks was shot in the back as he was running away, and the death has been ruled a homicide by the county medical examiner.

Brooks’s killing comes as protests against racism and police violence continue across the country. The Atlanta police chief has already resigned, and the officer who shot Brooks has been fired. “What we saw happen to Mr. Brooks is, unfortunately, something that we continue to see repeated in our communities all across this country,” says Mary Hooks, co-director of Southerners on New Ground, which is part of the National Bail Out collective and the Movement for Black Lives. “What we continue to see is police being called in as first responders to things that they should not be showing up for.” 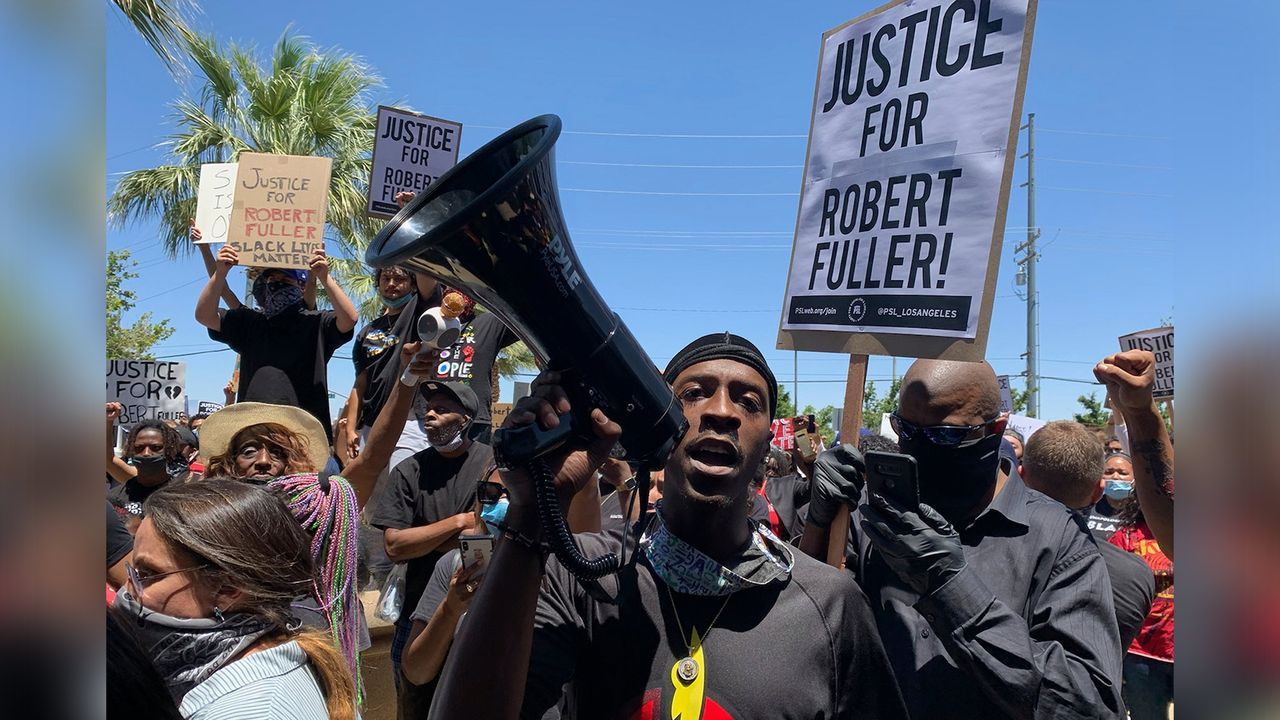 Thousands protest over suspicious hanging deaths of two black men in southern California. By Rafael Azul, 15 June 2020. Protesters rallied in Palmdale, California on Saturday demanding answers in the death of Robert Fuller, a 24-year-old black worker found hanging from a tree outside City Hall. … Fuller’s friends and family insist that Robert was not suicidal. “My brother was a survivor”, his sister Diamond Alexander told the Los Angeles Times. The newspaper also quoted other friends and family members, according to whom Fuller was a “peacemaker” who loved music and video games. A few days before his death, Fuller had attended a Black Lives Matter protest sparked by the May 25 murder of George Floyd in Minneapolis, Minnesota.

Tens of thousands protest in Paris against police killings of George Floyd and Adama Traoré. By Will Morrow, 15 June 2020. Tens of thousands filled the Place de la République in central Paris on Saturday afternoon to protest police violence and demand justice for the killings.

Protests against police violence and racism continue in New Zealand. By Tom Peters, 15 June 2020. Tens of thousands of people joined another day of protests as part of the global movement sparked by the murder of George Floyd by US police.