This 2016 video from Texas in the USA says about itself:

The Houston Museum of Natural Science and the spectacular Cockrell Butterfly Museum is home to dozens of incredible butterflies of all sizes and vibrant colors. This Slow motion HD video captures their beauty as they gallop through the air in 240 to 480 frames per second.

Birds like rain after drought. Some butterflies also don’t mind.

An analysis of high-speed raindrops hitting biological surfaces such as feathers, plant leaves and insect wings reveals how these highly water-repelling veneers reduce the water’s impact.

The study, “How a Raindrop Gets Shattered on Biological Surfaces,” published June 8 in the Proceedings of the National Academy of Sciences.

The research showed how microscale bumps, combined with a nanoscale layer of wax, shatter and spread these drops to protect fragile surfaces from physical damage and hypothermia risk.

There already exists a large market for products that use examples from nature — known as biomimicry — in their design: self-cleaning water-resistant sprays for clothes and shoes, and de-icing coatings on airplane wings. Findings from this study could lead to more such products in the future.

“This is the first study to understand how high-speed raindrops impact these natural hydrophobic surfaces,” said senior author Sunghwan “Sunny” Jung, associate professor of biological and environmental engineering in the College of Agriculture and Life Sciences. The lead author is Seungho Kim, a postdoctoral researcher in Jung’s lab.

Previous studies have looked at water hitting insects and plants at low impacts and have noted the liquid’s cleaning properties. But in nature, raindrops can fall at rates of up to 10 meters per second, so this research examined how raindrops falling at high speeds interact with super-hydrophobic natural surfaces.

“[Getting hit with] raindrops is the most dangerous event for this kind of small animal,” he said, noting the relative weight of a raindrop hitting a butterfly wing would be analogous to a bowling ball falling from the sky on a human.

In the study, the researchers collected samples of leaves, feathers and insects. The latter were acquired from the Cornell University Insect Collection, with the help of co-author Jason Dombroskie, collection manager and director of the Insect Diagnostic Lab.

The researchers placed the samples on a table and released water drops from heights of about two meters, while recording the impact at a few thousand frames per second with a high-speed camera.

In analyzing the film, they found that when a drop hits the surface, it ripples and spreads. A nanoscale wax layer repels the water, while larger microscale bumps on the surface creates holes in the spreading raindrop.

“Consider the micro-bumps as needles,” Jung said. If one dropped a balloon onto these needles, he said, “then this balloon would break into smaller pieces. So the same thing happens as the raindrop hits and spreads.”

This shattering action reduces the amount of time the drop is in contact with the surface, which limits momentum and lowers the impact force on a delicate wing or leaf. It also reduces heat transfer from a cold drop. This is important because the muscles of an insect wing, for example, need to be warm enough to fly.

“If they have a longer time in contact with the cold raindrop, they’re going to lose a lot of heat and they cannot fly very easily,” Jung said, making them vulnerable to predators, for example.

Repelling water as quickly as possible also is important because water is very heavy, making flight in insects and birds difficult and weighing down plant leaves.

“By having these two-tiered structures,” Jung said, “[these organisms] can have a super hydrophobic surface.”

The study was funded by the National Science Foundation and the U.S. Department of Agriculture.

This 9 June 2020 video from the USA says about itself:

In US news and current events today, police officers shot protester LaToya Ratlieff in the face with a rubber bullet during a Black Lives Matter march in Florida — now she’s considering suing the police.

As the Black Lives Matter protests and George Floyd protests continue to grow globally, the debate over police violence and police brutality has grown to a fever pitch, which makes it all the more curious why police have elected to respond to these BLM protests with more violence.

Protesters have been hit with batons, bean bags, tear gas, pepper balls, and rubber bullets, all technically non-lethal weapons, or less than lethal weapons, but still capable of doing immense physical harm. As calls grow to defund the police and demilitarize the police, we look at the damage one so-called rubber bullet can do to a peaceful protester.

Nationwide protests over the racism of America’s present have also reignited furor against the most powerful symbols of its racist past: the roughly 1,700 Confederate monuments and symbols that still dot the nation’s landscape.

Scant Evidence For Trump Claim That Antifa Is Behind Protest Violence. An Associated Press investigation into arrest records found that very few people were affiliated with organized groups: here.

Several species of hummingbirds stop by the Perky-Pet feeders in the Davis Mountains of West Texas.

Late in 2014, I made this Real Neat Blog Award. There are so many bloggers whose blogs deserve more attention. So, I wanted to try to do something about that.

It is the first award that I ever made. I did some computer graphics years ago, before I started blogging; but my computer drawing had become rusty. So, I made the award with this logo then.

It is good to see that this award since then has gone to many places of the blogosphere. And that some people have made new logos for it; like the one at the top of this blog post.

The rules of this award are:

My seven questions to my nominees are:

1. Where do most visits to your blog come from?

2. What is your favourite sport?

4. What is your favourite quote?

5. What is/was your favourite class when still at school?

6. Anything you had wished to have learned earlier?

7. Which politician would you never vote for, supposing you could vote for him or her?

7. Learning and Living through Inquiry

8. An Overdose Of Pain

This 9 June 2020 shows a four-spotted chaser dragonfly transforming from larva to adult.

Ronald van Dijk in the Netherlands made this video. This spring has been dry in the Netherlands. On this 9 June 2020 video, a great tit enjoys rain after the drought, as it cleanses its feathers.

Bas Ruggeberg in the Netherlands made this video.

This 9 June 2020 video from the USA says about itself:

Police fired tear gas and flash bombs at protesters only 3 days after Seattle banned the use of tear gas.

In US news and current events today, as Black Lives Matter protests continue around the U.S., Seattle police are still using deploying tear gas on protesters despite the city’s ban.

By Fred Voss from the USA today:

Today the Young People Are Marching in the Streets

The young are marching
young as the Golden Rule
the first human eye turned toward the heavens in wonder
young as a raindrop
a hammer blow cracking the Bastille
Blake
seeing his first angel
a knee is on our neck
but the young are shouting
strong and beautiful as Louis Armstrong’s trumpet
Billie Holiday’s croon
a knee is on the neck of the black man and the brown man and the homeless man
and the homeless woman and the working man and the working woman
a knee is on the neck of freedom
but the young are marching
young as Rosa Parks’ feet planted firmly in the front of the bus
Frederick Douglass
wrestling his slave-master down to the ground
Joe Hill yelling, “Organize!”
the dawn sun burning on Walt Whitman’s open road horizon
a knee is on the neck of George Floyd and the poor
and the poem and Vincent Van Gogh with a sunflower
in his paintbrush
and this story is as old
as Bessie Smith’s blues and James Baldwin’s sad eyes and every man
without hope who ever thought
of throwing in the towel but today
the young are marching in the street
marching for the homeless man trying to sleep on a sidewalk
the man from El Salvador
cheated out of his wages as he slaves
in a downtown L.A. sweatshop factory today the young
are marching and shouting and singing young
as Martin Luther King’s dream
and the flame of the human spirit that must never
go out.

US poet and novelist Fred Voss is a machinist, who chronicles and reflects on his working life in numerous outstanding collections, the latest of which is Robots Have No Bones, published by Culture Matters. 21st-century Poetry is edited by Andy Croft, email info@smokestack-books.co.uk 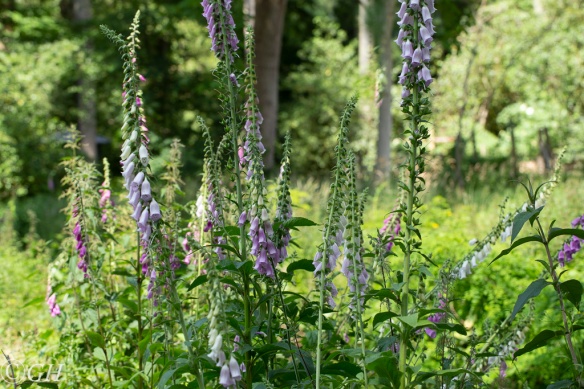 Then, to Corversbos nature reserve, next to Gooilust. Where these cornflowers grow.

This 9 June 2020 satirical music video from Britain is a parody of the song Proud Mary by Tina Turner.

The statue of Edward Colston sings.

Left a good job in the city
Joined the Royal African Company
Worked my way up to Deputy Governor
19,000 slaves died on our journeys
Statue was still erected
But it seems some of you objected
Now I’m rolling, rolling, rolling to the river