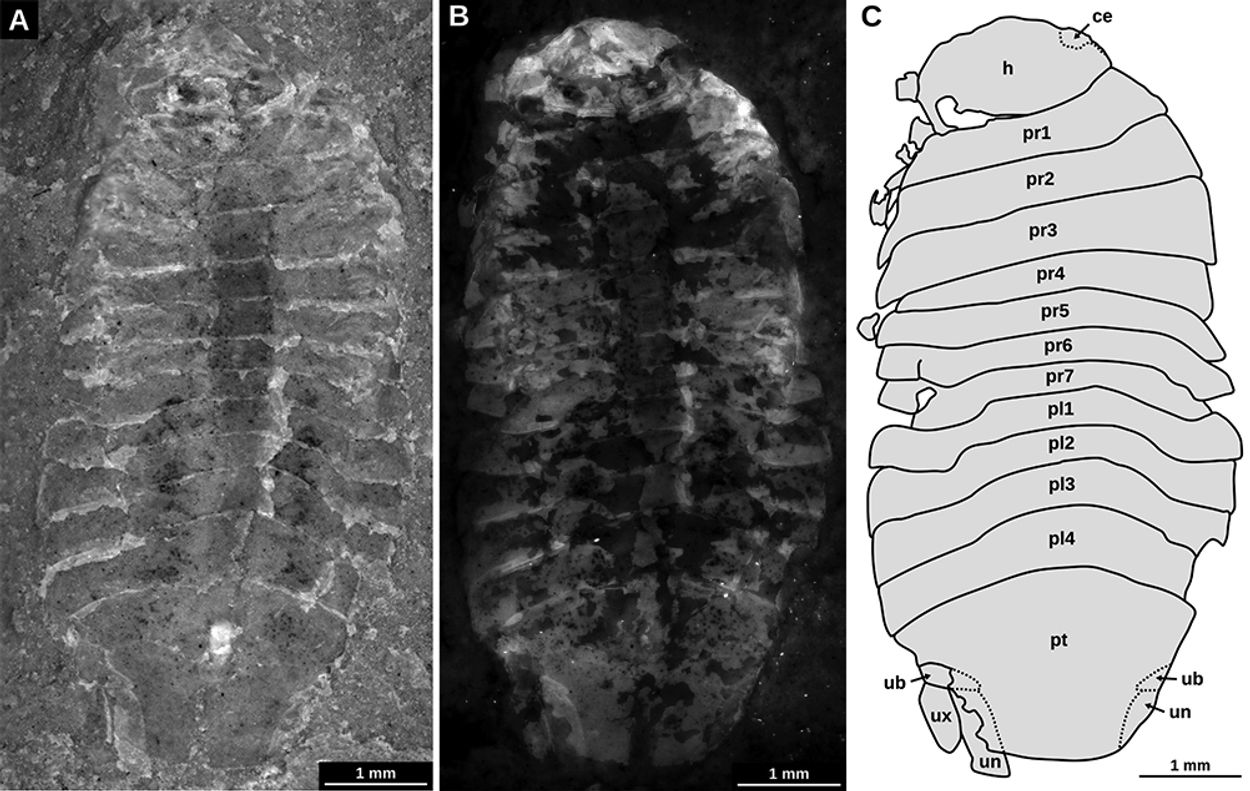 Translated from Utrecht University in the Netherlands today:

Oldest woodlouse in the Netherlands discovered in Winterswijk quarry

A fossil woodlouse from the Triassic age, aged between 247 and 242 million years, has been discovered in the Winterswijk quarry. Never before has such an old woodlouse fossil been found in the Netherlands. It also turns out to be a new species. The find is extra special because fossil woodlice are extremely rare: until recently only nine species from the Triassic were known worldwide. The special fossil can be admired from 8 June on in Naturalis Biodiversity Center.

Woodlice do not only live in dark places or under stones: about half of all woodlouse species live in the sea. This in itself is not remarkable since woodlice are closely related to crabs and lobsters. The Winterswijk woodlouse also lived in the sea. The researchers named the new species Gelrincola winterswijkensis after the fossil site.

This yields a wide variety of fossils, including marine reptiles (such as Nothosaurus), fish, seashells, snails, ammonites, lobsters, a horseshoe crab, plant remains, pollen grains, footprints of terrestrial reptiles, and even fossil insects. So now a marine woodlouse can be added to this fossil biodiversity. This creates an increasingly complete picture of the ecosystem of the time. …

In our country, rocks from that interesting period only occur in the Winterswijk quarry.

This summer Naturalis Biodiversity Center and Utrecht University will continue to search for fossils there. A new visitors centre will be built next to the quarry, where the most important fossils from the quarry will be exhibited.