This 15 April 2020 video about the USA says about itself:

This is a brave stand to take, where AOC is suggesting we can’t be hypocritical and ignore stories when they affect our party. She also says this story shouldn’t be set aside because of the election.

In her words: “What you’re voicing is so legitimate and real. That’s why I find this kind of silencing of all dissent to be a form of gaslighting.”

When it comes to Joe Biden, New York Times abandons “Believe women”. By David Walsh. 15 April 2020. Former Vice President Joe Biden, the leading candidate for the Democratic Party’s presidential nomination in 2020, has been accused by a former staffer of sexually assaulting her. Tara Reade alleges the incident occurred in 1993 when Biden was a senator from Delaware. There were no witnesses, Reade never filed a complaint and the statute of limitations for such an offense, if it occurred, has long since expired. Reade told Newsweek that she went public with her claims in late March, according to the magazine, “to ensure that ‘powerful men’ are held to account”. 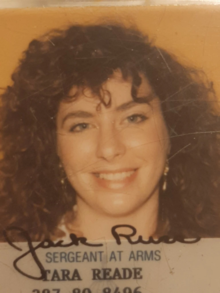 Status Coup’s Jenn Dize reports on the New York Times changing a line in their Tara Reade story after Joe Biden’s campaign asked them to.