Paleo Profile is back! Today we look a super-weird Triassic long-necked reptile, Tanystropheus! We will examine what this animal used its long neck for, what it ate, and where and how it lived. 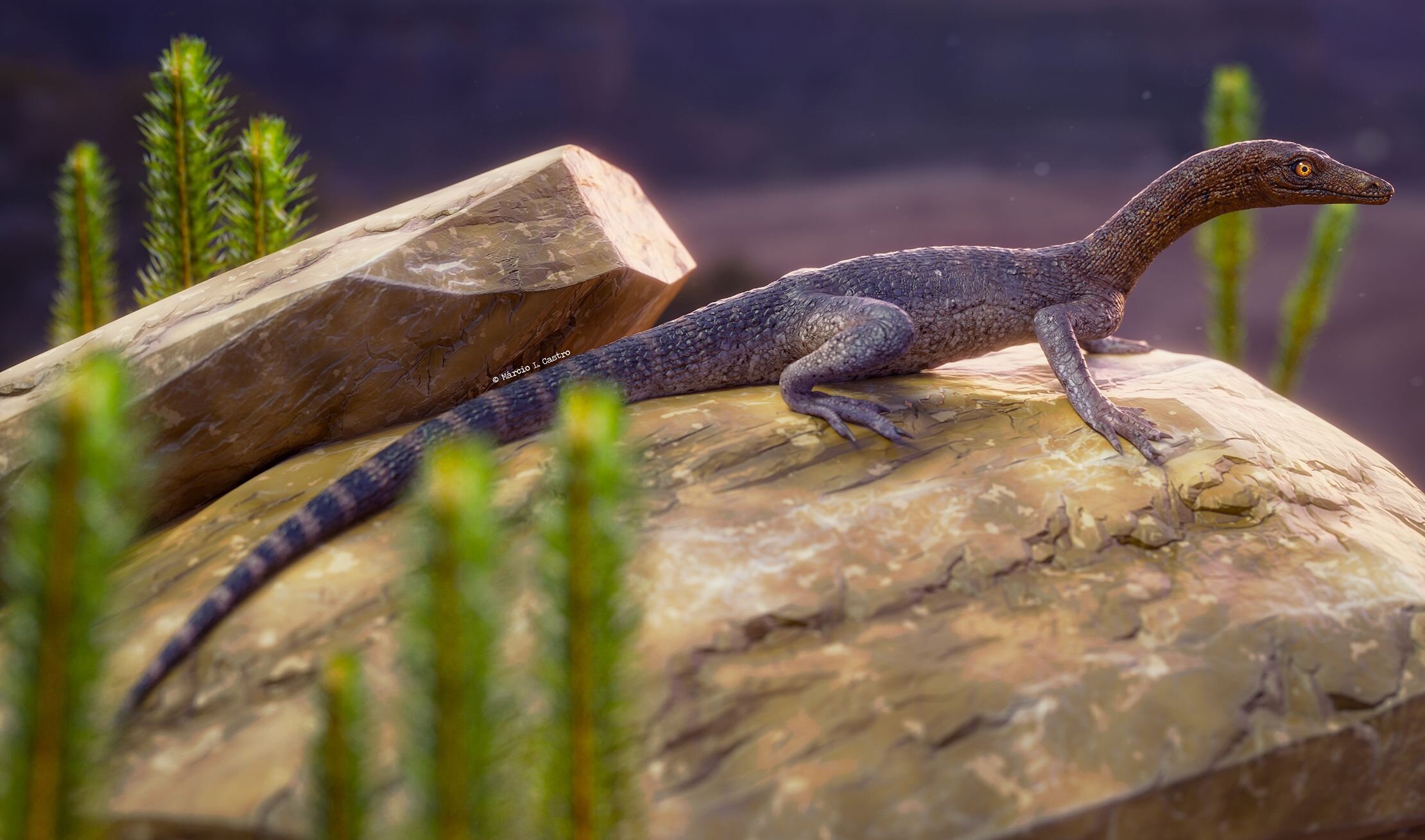 A new species of Triassic reptile from Brazil is a close cousin of a mysterious group called tanystropheids, according to a study published April 8, 2020 in the open-access journal PLOS ONE by Tiane De-Oliviera of the Federal University of Santa Maria, Brazil and colleagues.

After the Permian mass extinction, 250 million years ago, reptiles took over global ecosystems. Among the early groups to appear after this extinction event were the tanystropheids, a group of long-necked animals whose lifestyles are still mysterious, but who were nonetheless successful in the Triassic Period. However, the early evolution of this group is poorly understood, as their remains are very rare from the Early Triassic.

In this study, De-Oliviera and colleagues describe a new specimen of reptile from Early Triassic rocks of the Sanga do Cabral Formation in southern Brazil. Skeletal comparison indicates this specimen, known from remains of the hind leg, pelvis, and tail, is the closest known relative of tanystropheids. The researchers identified these remains as belonging to a new species, which they named Elessaurus gondwanoccidens. The name derives in part from the Elvish name (Elessar) of a character from Lord of the Rings also known as Aragorn or Strider, chosen as a reference to the fossil animal’s long legs.

Most tanystropheid fossils are found in Middle to Late Triassic rocks of Europe, Asia, and North America, and often in marine sediments. The presence of Elessaurus in continental deposits of Early Triassic South America suggests that the origins of this group may lie in the southern continents, and that their ancestors may have lived on land before later species adapted to aquatic life. A clearer view of the group’s origins will rely on more rare fossils from this early time in their evolution.