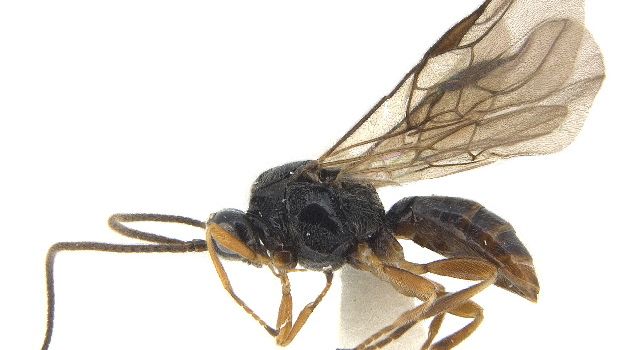 Braconidae are the second family in size within the parasitic wasps. There are many species, (652 + 6 known species in the Netherlands, but this is at most half of the Dutch species), and few people who study them. …

Braconid wasps use many other insects as hosts; of the six species, both Doryctes species live on beetle larvae in wood and the other four live on fly maggots, especially leaf miners. There are species that are therefore used as biological control agents. Braconid wasps are usually 2-5 mm long and colored red-brown or black.